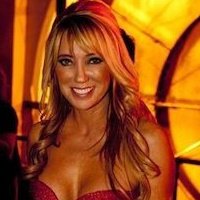 If you’ve ever met Holly Kylberg or seen the magnificent D & F Clock Tower on the 16th Street Mall in downtown Denver, you’d instantly know they belong together. Statuesque and beautiful, these icons represent the great spirit of Denver, past, present and future.

The Italian Renaissance style clock tower was built in 1911, modeled after the famous Campanile of the St. Mark’s Basilica. Once the tallest structure west of the Mississippi at a whopping 393 feet, it was a gorgeous compliment to the prestigious Daniels & Fisher department store in the bustling downtown of turn-of-the-century Denver. It has seen its share of change over the past century, and so has Kylberg in a much shorter span.

Towering over the Denver social scene for the past decade, Holly Kylberg brought a fresh and youthful face to the doyennes of the charity funder. She began with an idea sketched on a cocktail napkin ten years ago, an idea that became the wildly successful “Mutts & Models” fashion show benefitting the Harrison Memorial Animal Hospital. From there on, Holly has been the most sought-after bee in the fundraising hive, heading up years of “Do at the Zoo”, where she is a Trustee, and the Nordstrom’s Cherry Creek Opening Gala to benefit the Beacon Center and Transplant Foundation.

In the dawn of a newer century, 2001, the Kylbergs purchased the top five floors of the historic Clock Tower and the wheels in Holly’s brain started spinning. When we first met for lunch years ago she told me of her dreams for the space. Cut to the end of the decade when the newly single Ms. Kylberg launched herself into a brand new venture. “I’ve always wanted to open up this familiar and mysterious space to the public. How many times have you seen the Clock Tower, looked up, and wondered what was up there?”

And so the quest began. Holly joined the board of Historic Denver, set her dream into motion and became an “Accidental Preservationist” along the way. “My aim was to redesign and preserve, rather than remodel the space. I wanted to let the light in.”

Working with Jet Construction and Aera Studios in Cherry Creek, the woman most qualified to throw a party created a venue as singular as she is.  In fall of ’09, Clock Tower Events was christened with a fabulous party; the who’s who of Denver gawking at the stunning space and awed by the city and mountain views.

It is private. It is unique. And it is available for rent. Perfect for a smaller gathering of say, 100-150 of your dearest friends, it’s the “anti-ballroom” party place with each floor delivering a different vibe and dramatic use of space. If you’re looking to host in Denver, and you want a place of intimate super-style, Clock Tower Events might be just what you’re looking for. Contact Holly for a pre-booking tour and enjoy the views while you’re up there.