SOH:THIS MUST BE THE BAND 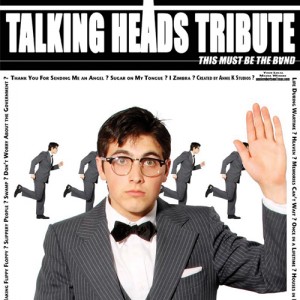 To celebrate the end of the 2011/2012 ski season, the Sheridan Arts Foundation proudly presents This Must Be The Band. The event takes place at the historic Sheridan Opera House (110 North Oak St.) on  Saturday, April 7, 8 p.m.

The group formed in May 2007 on Craigslist and began by playing the coveted pizza joint circuit, the most notable venue of which was the famous Piece Pizza in Chicago’s Wicker Park. Since then they have expanded east to New York City and west to Boise, Idaho.

This Must Be The Band features two main dishes on their menu: the first is a delicious “All-Request Show,” seasoned with a generous helping of audience participation and improvisation. The second is described as the “Stop Making Sense Re-­Creation,” in which the group performs note-­for-­note and prop-­for-­prop the famous Talking Heads concert film from 1984. (In 2011, the latter was performed before a sold-­out crowd at the Vic Theatre in Chicago.)

Our April 7 show showcases a variety of the Best Of the Talking Heads, The band plans to take requests from the audience.

This Must Be The Band is extremely happy to play Talking Heads music night after night because the music is just that much fun. Not only has the lead singer, Charlie Otto, has been called “the illegitimate son of David Byrne,” but the band boasts its very own Tina Weymouth (Jamie Jay), Bernie Worrell (Jim Dinou), Adrian Below (covered by both Otto and Dinou) and Ednah Holt (Kasey Foster).

Come prepared to shake your tailfeathers hard. Need motivation? Check out this video: