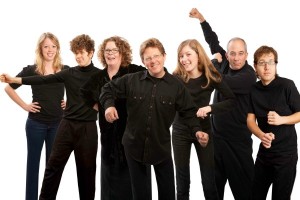 It’s no big secret Telluride’s on again, he’s off again 30+-year relationship with Tim O ‘Brien is not an exclusive love affair: the Grammy (Traditional Folk Category) Tim won in 2005 –  not to mention countless nods from industry organizations such as the International Bluegrass Music Awards –  is proof positive his peers and the rest of the world love the man with his hair on fire too. In addition to being one of the best singer-songwriters and multi-instrumentalists on the planet, Tim is a sought-after producer (the Duhks, Robin & Linda Williams), songwriter (Garth Brooks, Dixie Chicks) and sideman (he recently toured and recorded with Mark Knopfler).

Tim O’Brien’s early history is common knowledge around these parts, how he grew up in Wheeling, West Virginia, surrounded by classic country and bluegrass music. We may not remember some of the finer points of his life such as the fact Tim bagged a liberal arts education, then followed his bliss to Boulder, Colorado, where a burgeoning, eccentric roots music scene was forming. We may not have that information at our fingertips, but Telluriders for sure know what followed: Ophelia Swing Band, Hot Rize, and its alter-ego country swing band, Red Knuckles and the Trailblazers, the stuff of Telluride Bluegrass Festival legend. (Tim’s first was 1975.)

I first met the O’ Briens in 1993 (or was it 1994?). I was a baby reporter writing features for the newly hatched Daily Planet, and Tim and Mollie (she became a regular on Prairie Home Companion) were performing in town at Telluride Bluegrass to promote their recording, Away Out on the Mountain. Any new Tim O’Brien album is cause for breaking out the champagne, doubly so when he is joined by his sister Mollie, because there is nothing like genetic stew for producing the tastiest (and tightest) harmonies.

And now there are seven.

Year after year at Telluride Bluegrass, Tim lovingly acknowledged his family, wife Kit and their offspring, sitting in the audience for each of his gigs. Now sons Jackson and Joel join Aunt Mollie and Uncle Rich Moore and their daughters, cousins Brigid and Lucy, on the Fred Shellman (Main) Stage for the first time ever, Friday, June 22, 2:45 – 4 p.m. when O’Brien Party of Seven sing the songs of Roger Miller from the family’s first release together, Reincarnation.

Family bands have had a long tradition in bluegrass and country music, from the Carters to the Gibson Brothers. Now add the O’Briens to the pantheon. However, their family band – true to Tim and Mollie’s eclectic respective careers – follows traditions while also doing something distinctive. That’s just Tim: he takes something old and turns it into something new. And Miller’s music? Turns out it was part of the soundtrack the O’Briens (and Moore) grew up with.

The title of the first family album, Reincarnation, not only refers to the Miller tune of the same name, but also to the reincarnation of Tim and Mollie playing together. Fittingly, for a family album, the recording took place in Tim’s Nashville area home studio last July over the course of a few days. Mollie believes that being at Tim’s house really helped.

“It was comfortable, a great environment,” she said, adding “when someone was recording their piece, someone else was cooking – we have a lot of good cooks in the family.”

Moore, meanwhile remarked: “We all still liked each other when it was done, which is pretty good since many families can’t even get through a meal without a fight.”

O’Brien Party of 7 tuned up for their recording sessions by performing a couple shows in Denver (where Mollie lives) and at the Grey Fox Festival in New York State. They plan to perform at other festivals besides Telluride and hope to play more – although they realize that it is a challenge to reassemble since everyone has their own lives.

Jackson, 29, just moved to Minneapolis to run a new coffee shop, and he’s getting married soon. He plays the bass and sings, as on “Guv’ment”.

Joel, 22, a dancer, is living in Asheville NC, working full time in one restaurant kitchen and interning with a high end chef at another restaurant. He plays percussion with his hands on a cajon and on his body, and with his feet on the dance floor as on “In the Summertime.” He sings lead on “As Long As There’s a Shadow.”

Mollie and Rich live in Denver and tour as a duo. Rich on guitar and vocals, Mollie vocals. Rich sings “Got Two Again.” Mollie on “Reincarnation.”

Brigid, 25, is running a flea market in LA and interning with a stylist, the kind that does video shoot settings. She sings and plays ukelele. Tracks she sings lead: “Swiss Maid,” “You’re My Kingdom.”

Lucy, 24, is living in Brooklyn, digging in, waitressing, teaching piano, playing open stages. She has a degree in Music from Mills College in Oakland, CA. She sings and plays piano in the group. Her vocal solo on “Tall Tall Trees.”

Tim calls the entire project “a lark,” with the main impetus being something fun to bring the families together “other than funerals and weddings.”  He would like to get the families back together soon and do another project, maybe an album of traditional folk songs, but adds: “I don’t want it to be so serious that we are on the road 60 days a year.”

To learn more, click the “play” button and listen to my chat with Tim. 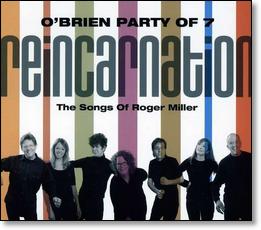