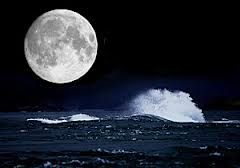 Sailors, fisherman, surfers, and Inuits are but a few of the communities that have an intimate relationship with the tidal effect in coastal environments.

On a more serious note, for the Inuits in Alaska where the height differential between low and high tides can exceed 10 feet, traditional ecological knowledge of local tidal patterns can mean the difference between food security and wishing you weren’t hundreds of miles from the nearest grocery store.

Interestingly, surface waters do not roll onshore during periods of high tide nor recede offshore during periods of low tide. Rather, the gravitational relationship between the Earth and the Moon causes the Earth’s mantle to flex and this, in conjunction with Earth’s rotation, displaces the entire body of water four times a day. Furthermore, the tidal effect increases during full or new moon cycles when the Sun, Moon, and Earth are in alignment due to an increase of gravitational force. Hence, the surf always seems to have a little extra push during a full moon phase.

Does this sound as clear as the blue Pacific waters off the coast of Majuro Island in the Republic of the Marshall Islands or does it have a rust-colored cloudy hue like the toxic “red tides” caused by anthropogenic pollutants discharged into the ocean from land?

If your vote is the latter, the not pretty picture, try to visualize the gravitational influence of the moon squeezing the Earth like a tennis ball. The focal point of the force aligns with a dissecting plane between the Earth and the Moon. That is the reason for shifts from low to high tide per locality as the Earth rotates. As the Moon’s gravitational effect squeezes the Earth, it flexes the mantle of the Earth’s crust and changes the shape of the ocean floor. During periods of high tide, the water bowl-shaped basins of Earth’s oceans, seas, and lakes are flattened, which causes the entire body of water to be displaced further onshore.

In contrast, during periods of low tide, the Earth’s mantle returns back to its natural state, which causes the illusion of the tide rolling out to sea. In addition, the degree of tidal effect, the height differential between low and high tides, varies according to circumference to Earth per locality. 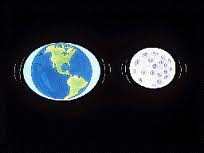 Altogether now: a round of “Ebb Tide.”

Billy Mason is an environmental studies instructor, writer, and project coordinator who concentrates on climate change planning. He is an alumnus of the University of Hawaii at Hilo and the Clinton Global Initiative University, a former researcher for the Aspen Global Change Institute, a Climate Reality Project Leader, and former science instructor at the Mokupapapa Discovery Center. As an accomplished mountaineer, aviator, and surfer, he has a personal connection with nature’s elements and a diversity of cultures.