Both illumines humanity’s darkest period from a fresh perspective while delivering the story of an astonishing hero little known in America,” Erica Abeel, Huffington Post 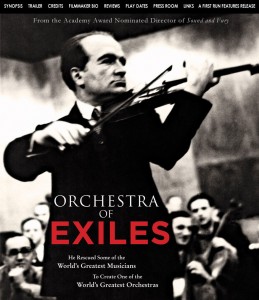 Josh Aronson is a long-time, part-time Telluride local and a full-time Oscar-nominated documentary filmmaker. A survey of his filmography suggests the man is drawn to disparate subject matter, whatever shining object happens to catch his attention at the time. But scratch the surface and Josh movies have one very telling thing in common: they are all about outsiders, people who live on the fringe and break the rules – and sometimes their backs.

One film focuses on deaf children whose families chose implants, a hot button decision in that insular community (Oscar-nominated “The Sound and The Fury,” 2001).

“Bullrider” is a testosterone-laced drama about the manliest of men (no quiche please) whose day job is jumping on thousands of pounds of  lean and mean. The film takes us to the heart of  the 2004 PBR finals in Las Vegas.

“Beautiful Daughters,” 2006, focuses on the lives of three transsexual women. The film also provides an inside look at the first all-transsexual production of Eve Ensler’s “The Vagina Monologues,” performed in L.A. with a cast of 30 transwomen from across America.

In the end, Josh’s nonconformists are all winners, Bronislaw Huberman among them.

Huberman is at the center of Aronson’s latest and perhaps greatest project: the feature-length documentary “Orchestra of Exiles,” which he researched, wrote, directed and produced.

“Orchestra of Exiles” explores the great man’s four-year odyssey, which culminates in the founding of the orchestra that would become the Israel Philharmonic. The unfolding drama of Huberman’s life is riveting and his fascinating story touches many of the major themes of the 20th century. During the darkest days of a Europe being wrested apart by anti-Semitism and Nazi aggression, Huberman’s extraordinary efforts saved hundreds of Jewish families from the approaching holocaust, his achievements changing the landscape of cultural history.

Before the Nazis came to power the Polish violin prodigy was focused only on building his own monumental career as a fiery, wildly popular performer. Understanding Hitler’s agenda, however, became a call to action that he could not ignore. Huberman’s personal transformation and subsequent heroic struggle to get Jewish musicians out of Europe to found an orchestra is the heart of the film that had Aronson’s Telluride audience, treated to a sneak peek last June, on the edge of our seats. “Orchestra of Exiles” is a thriller, and like “Argo,” all the more of a nail-biter because the storyline is improbable – and true.

“Richly researched and partly told by some of today’s top-flight musicians, ‘Orchestra of Exiles’ aspires to a level of primary research that other historical documentaries could take a page from. It demonstrates the very concrete way in which culture is preserved and maintained, with transmission and human survival becoming intertwined realities.” The New York Times

What happens in Telluride does not stay in Telluride. “Orchestra of Exiles” predictably went on to great success.

The documentary’s theatrical openings in New York and Los Angeles (Fall, 2012) were timed to overlap the recent Israel Philharmonic tour across America. In both cities, audience enthusiasm and attendance assured an extended run.

Subsequent screenings in theaters, universities and festivals across the country met with equal enthusiasm.

The film officially premiered in Germany at the Berlin Jewish Museum November 22, 2012. One week later, Josh did a benefit screening for the Israel Philharmonic in Paris, opening in January at the Shoah Memorial.

The film also enjoyed a theatrical release in Sydney, Australia, and will open in London, England, Italy and Israel soon.

For the next several months the film opens at many more venues across America.

The biggest news about “Orchestra of Exiles” concerns PBS, which plans to broadcast the feature-length version of the documentary nationally on Sunday, April 14. 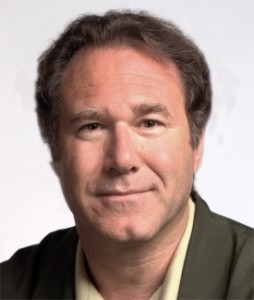 After starting his career as a still photographer for Time Life, Josh Aronson began directing television films and commercials.

Under the umbrella of Aronson Films, he made MTV videos, television pilots and specials and over 500 commercials before turning to documentaries in 1999.

Multi-talented, filmmaker Josh is also a high level amateur concert pianist, who regularly performs chamber music in New York City (his primary residence) and at the Telluride Musicfest, the chamber music festival he founded in 2002 with his wife, virtuosic violinist and artistic director Maria Bachmann and Vincent and Anne Mai. (The 2013 event takes place in late June.)

To learn more, follow this link to view the trailer. http://www.youtube.com/watch?v=c63UhMIospg

Press the “play” button and listen to my chat with Josh Aronson.

Note: go here  to order your copy when it becomes available on dvd.