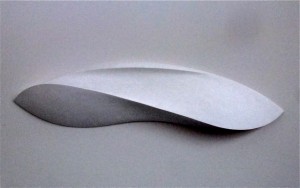 Sculptor Antonio Marra‘s early sculptures were figurative bronzes – but don’t think Rodin’s “The Thinker.” Don’t think traditional at all. The abstract forms and lyrical grace of those works pledge a certain allegiance to the transformations of titans Brancusi, Henry Moore, and Modigliani, an acknowledged influence. Although his newest sculptures, a just-finished series he calls “Snow,” was inspired by what the artist sees outside his door in Ridgway (his home since 2006) and the region in general, in their sensual grace – the guy can’t help it – a few of the pieces look over their shoulders back to the artist’s original impulses to celebrate the human form, only more deeply abstracted.

In general, Marra is a dramaturge of Mother Nature’s bounty, distilling from the dizzying array of actors, plots, settings, and props a single moment of stunning beauty that conveys a coherent, forceful impression of the essential form within a form. The work is proof positive of the limitless ability of an abundantly talented creator like Marra to project himself on to the world we think we know and return with something surprising, yet affirming.

“Snow,” which freezes drifts in time, is a singular case in point. 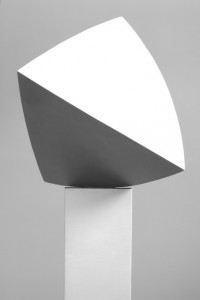 Tony Marra was born in 1944 in the toy town of San Giovanni in Fiore, Italy and immigrated to Canada in 1951. In 1967, he earned a B.A. from the University of Windsor. Two years later, he received a masters degree of fine arts in sculpture from Michigan State University, followed by a year’s study at the Academia di Belle Artii in Florence, Italy.

In 1972, Marra established a studio in New York City, where he had his first one-person show at the Forum Gallery in 1975. An exhibition of his work sponsored by the Province of Ontario traveled to several museums in 1976 – 1977. In 1978, Marra received a Canada Council Arts Grant for his contribution to Canadian art and was chosen to represent his adopted country in an exhibition for the International Sculpture Council held in Toronto.

Marra’s sculpture is included in both private and public collections throughout Canada and the U.S.