Muslim Journeys: Pulling Back From The Brink Of Bigotry 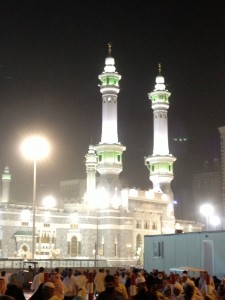 The Wilkinson Public Library is one of just 125 libraries and humanities councils in the US to receive an American Library Association/National Endowment for the Humanities grant to present Muslim Journeys. The scholar-led reading and discussion program is designed to foster opportunities for community conversations about the histories, faith and cultures of Muslims around the world and within the United States. The grant was announced in May and WPL’s program begins this month, January 2014. Click on this link for program details. The kickoff celebration for Muslim Journeys is on Tuesday, January 14th at 6:00 and features Middle Eastern finger food and a screening of the film “Muhammad: Legacy of a Prophet.” Leading the discussion before the film is scholar Lawry De Bivort, who will also host other programs, film and book.” Below he provides invaluable background information for the “Journey.”

Islam means, simply, submission to the will of God is the name of the religion; Allah is the Arabic word for God. The people who follow Islam are Muslims.

The Quran is the book of God’s direct and literal communications to all human beings. These communications were imparted in Arabic to Muhammad, who thus became the prophet of Islam.

The important and highly respected prophets of Islam include Abraham, Moses, and Jesus. Muslims recognize and include the key teachings found in the Torah and the Bible. Monotheism and a God actively engaged in guiding human beings toward better ways of living are among the key common tenets of the three “Abrahamic” religions.

Though reflecting significantly and explicitly the teachings of the key prophets of Judaism and Christianity, Islam is even today incorrectly viewed by some as opposed to both. But was it always so? 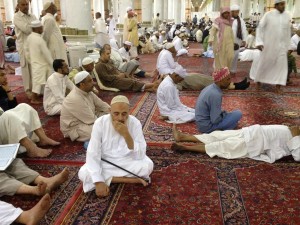 Over long periods of history, relations between people who were Jewish, Christian and Muslim have been synergistic and mutually beneficial. Jews, persecuted by Christian and Papal forces in Spain in the 13th and 14th centuries, found welcome in the then centers of civilization in various Muslim countries, some rising to prominent political, scientific, and medical positions.

Even before that, Hellenistic learning—then the most sophisticated in the world, destroyed by religious bigotry in Europe— was preserved in Muslim centers of learning and further developed by the extraordinary discoveries of Arab scientists, astronomers and mathematicians, and medical and other Arab scholars. This Arabic scholarship, including the Hellenistic texts long lost to Europe, was then transmitted via Spain to Europe where it helped lift the European Christians from their Dark Ages, laying the groundwork for the European Renaissance.

But it was not all cooperation and scholarship; the forces of political domination and theological intolerance were also at work, and bigots on all sides, exploiting popular ignorance and fear, slung accusations and slurs, spears and sword blows, at each other. Which impulse – mutual respect and learning, or bigotry and intolerance – would win out?

The fires of ignorance, fear, and intolerance are lit

Following the tragic attacks on the World Trade Center and Pentagon in 2001, the gap between the perception and reality of Islam quickly worsened in the US into anti-Muslim misunderstanding and deliberate misrepresentation.

There are over one and a half billion Muslims, second only to Christianity. Approximately fifty countries have a Muslim majority. The largest Muslim country is Indonesia, with nearly 700 million Muslims.

Only 20 percent of Muslims are Arabic.

This type of intolerance proved fertile ground, as it did with anti-Semitism and racism, for the rapid spread of incorrect and fear-laced assertions: for example, some believe that Muslims seek to “impose the sharia” (the Muslim legal system), on non-Muslim countries; that Muslims are commanded to kill all non-Muslims; and that Muslims seek to conquer the world. What is the reality of Islam?

The impact of anti-Muslim intolerance on our world 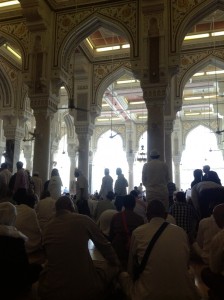 The intolerance—as unreasoned, hysterical, and damaging as anti-Semitism and racism are—has caused much damage to world affairs and the interests of peoples all over the world.

Feeding upon ignorance of Islam and an exaggerated fear of “terrorism,” a fear that came inappropriately to be associated with Islam and Muslims, this intolerance now undermines the interests of justice, respect, and cooperation among peoples upon which international well-being and peace depend. This intolerance has allowed US policies and military actions to take place that are of dubious ethical and legal merit.

This intolerance, too often fanned by persons who believe that demonizing the Muslim people will advance their own particular goals, instead makes the resolution of some of the most pressing current international problems increasingly difficult, as it further polarizes people. What does the future hold? Can Jews, Christians, and Muslims together pull back from this internecine and self-destructive brink?

A bold effort to examine the truth about Islam and Muslims

The WPL program presents a rich mix of book readings and discussions; movies about Islam, its history, internal tensions and struggles, and roles in today’s world; Sufi poetry workshops; and a first-hand photo/video presentation and discussion about the two most important cities of Islam, Mecca and Medina and the roles they play in the Islamic world.

The examination will explore the origins of Islam, its key beliefs, its internal disagreements and social dynamics, and its emerging roles in the world. Through thoughtful and balanced discussions with Muslim and non-Muslim historians and theologians, and individual Muslims, Christians, Jews, and among interested persons of all persuasions, the fascinating and important story of Islam is brought to life. 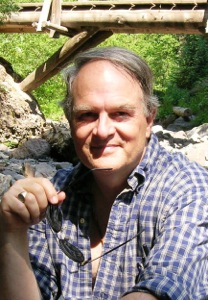 Lawry de Bivort holds a PhD from the School of Advanced International Studies at the Johns Hopkins University, and for the last five decades has studied the politics, conflicts, development, law, history, and sociology of the Middle East and North Africa, and of the Arab and Muslim worlds. These studies include terrorism and U.S. political, economic and military policy in those regions.