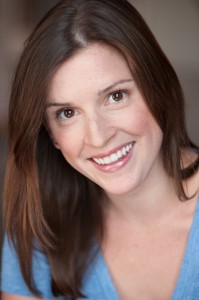 While we are passing around congratulations – the first went to local Ben Knight and his Felt Soul Media because his latest film project “DamNation,” was selected to premiere at South by Southwest – the next goes to Lilly Sullivan, daughter of Nana Naisbitt, of the Telluride Science Research Institute .

Lily currently performs for the Second City aboard the cruise ship The Norwegian Dawn, a kind of boot camp for the Main Stage and Saturday Night Live.

The talented young actress was raised in Chicago and Telluride before graduating from Bates College in Maine. She’s been performing in Chicago since 2010.

Lily studied improv and sketch at the Second City Conservatory, iO, the Annoyance, and the HouseCo Ensemble at Second City. She performs regularly at iO (Dogs) and The Upstairs Gallery (Fanny) as well as many other theaters around Chicago.

Nice story, but where did Lily first get the bug for the boards?

A review of Lily’s resume points directly at our bellybutton: she cut her teeth at the Ah Haa School for the Arts and on stage with director Jen Julia as part of the Sheridan Arts Foundation’s Young People’s Theatre. She also performed at Jennie Franks’ Telluride Playwrights Festival.

For the aforementioned cruise ship gig, Lily just made a parody of an internet Super Bowl commercial for Newcastle beer starring Anna Kendrick. The original is of and in itself a comedy.

“I recently got to see Lily perform on the ship and she was incredible, as were her four fellow improvisers,” says her proud mom.

Based on the video and the early work we witnessed as Lily was growing up and finding her voice on the Telluride stage, we have no doubt.

Congrats Lily. Very soon we expect to be posting your reviews from SNL or Second City’s Main Stage.