I am proud to say I used to work with Ben Knight. I was the journalist who covered Telluride’s cultural economy when he was the young ace photographer on the local daily, then in its heyday. Feeling print media had gotten a bit sketchy, Ben, who has been shooting since he was 14, turned to film, making documentaries with a social conscience. Today, along with his producing partner Travis Rummel, he runs Felt Soul Media. The team’s newest project, DamNation, premiered in March 2014 at the South by Southwest Film Conference and Festival in Austin, Texas, to great fanfare. The documentary, produced in conjunction with Patagonia and Stoecker Ecological, explores dam removal and restoring free-flowing American rivers. Below is a recent blog about the kind of hair-raising moments that makes his film (and camera) work stand out from the crowd. “Damnation” screens at Mountainfilm in Telluride. 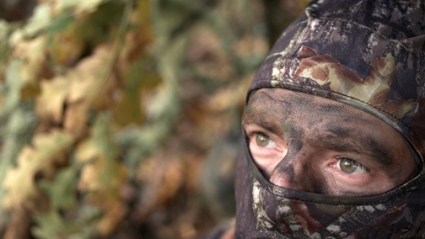 Why bother making a film about dams if you don’t have footage of one blowing up?

Dam removal, on this scale, was unheard of. This was historic. The dam’s owner and demolition crew denied our requests to film the event. Knowing they had allowed other filmmakers to install remote cameras near the blast zone was infuriating and awoke some dormant issues I have with authority. (Being chased incessantly by rent-a-cops for skateboarding when I was little messed with my head. Those cops didn’t respect that I was doing something creative and positive, and I didn’t respect that they couldn’t run down a 14-year-old in baggy pants.) I took the denial personally, as if the powers that be were saying our film didn’t matter.

The Condit Dam was so old that it was listed on The National Register of Historic Places. It had been wedged into an incredibly steep canyon on Washington’s White Salmon River a century ago. A 90-foot tunnel had been excavated meticulously through the dam’s base, leaving a 10-foot concrete plug that held back an entire reservoir and millions of tons of sediment. Nine hundred pounds of explosives were wired into the plug, ready for blast day…