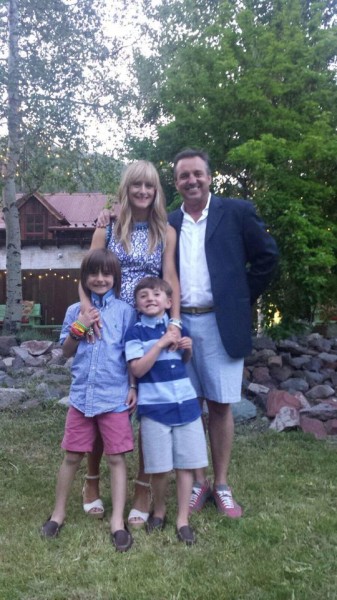 The Telluride Foundation’s Board of Directors held its bi-annual meeting on July 3, 2014 where it selected Kristin Holbrook, as the 2014 Outstanding Citizen of the Year.  The Telluride Foundation created its Outstanding Citizen award to honor individuals who unselfishly make extraordinary contributions to the region’s quality of life. Holbrook was one of eight citizens nominated by their peers for their exemplary service and volunteerism to the community.

“Kristin Holbrook should be named 2014 Outstanding Citizen for her unwavering commitment to volunteerism, community service and philanthropic giving,” said nominator and Co-Director of the San Miguel Resource Center (SMRC), Melanie Montoya. “She generously donates to dozens of charities, both personally and through her business, Two Skirts.”

Holbrook was a member of the board of directors for SMRC for eight years, including serving as board president and as chair of the Chocolate Lovers Fling, SMRC’s largest fundraiser. Holbrook also created “Clutch for a Cause,”another major SMRC fundraiser for child victims of sexual assault and domestic violence. Holbrook was named ‘Innovator of the Year’ by SMRC in 2011.

Kristin is a strong supporter of the Telluride AIDS Benefit (TAB). Holbrook demonstrates her commitment to TAB through her generous donations of time, energy and donations to the student fashion show, the adult gala fashion show, and the live auction.

“Kristin’s compassion helps TAB to fulfill our mission to fight HIV/AIDS. TAB does this by heightening awareness, as well as generating financial support for educational programs and client care,” said Ana Coe, TAB Board President.

In addition, Kristin volunteers in her child’s classrooms at the Telluride Elementary school, where she tutors and reads bi-weekly; she has  coached tee-ball for Telluride Parks and Recreation for several seasons and helped create and chair the first annual Mother Son Bike Dash as a fundraiser for We R-1.

The Telluride Foundation exists to create a stronger Telluride community through the cultivation and promotion of philanthropy. It is a nonprofit, apolitical community foundation that provides year-round support for local organizations involved in arts, education, athletics, charitable causes, land conservation and other community-based efforts through technical assistance, education and grant making. As a grant maker, the Foundation awards grants to qualified applicants that serve the people living and/or working in the Telluride region for the purpose of enhancing the quality of life within the region. For more information on the Telluride Foundation, visit www.telluridefoundation.org.