The Top 11 Ski Movies Of All Time 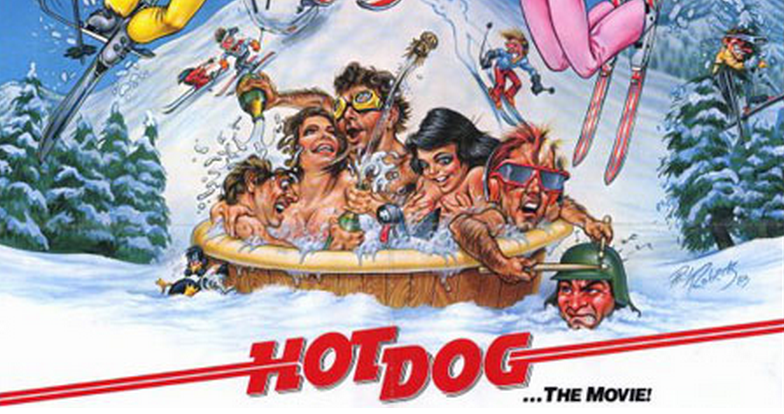 From Unofficial Networks: “It’s not easy to come up with a list of the great ski movies of all time but Mensjournal.com has taken a crack at it. Here is a look at what they considered to be the 11 greatest ski films of all time.

“This year, Warren Miller turns 90, and the ski movie canon continues to grow. Here are 11 ski movies that show off the best skiers, mountains, and Hollywood moments for our favorite sport.” – mensjournal.com

The Jackson Hole Airforce, a legendary group of renegade skiers who made a name for themselves by ducking boundary ropes at Jackson Hole in pursuit of untracked powder and big cliffs, were a rough and rowdy group. Their story, perfectly captured in this documentary, is one of the key pieces of modern ski culture and history.

This 1985 cult flick about teen-angst is set amongst the backdrop of skiing filmed in Utah’s Big and Little Cottonwood canyons. Cusack plays a guy who gets dumped by his girlfriend for the captain of the ski team, contemplates suicide, and then decides to challenge his rival to a  ski race. His advice: “Just go straight and if anything gets in your way, turn!”

The story of Shane McConkey‘s incredible life and untimely, tragic death is all caught in this documentary. Simply put, Shane McConkey changed skiing forever and for the better. While starring in 26 ski movies, including groundbreaking films like Yearbook, Steep, Higher Ground, and Sick Sense, McConkey pioneered innovations in equipment like rocker, and reverse camber skis, coined the now pervasive term “Freeskiing,” and demonstrated time and time again just how much fun skiing can be. Never one to take himself too seriously, he once mounted a pair of water-skis with bindings and skied a steep Alaskan peak on them to prove his point that deep powder is more like water than snow. McConkey is about far more than just skiing – it’s about why athletes risk their lives, and the terrible price they pay when they push the limits too far.

Click Here to See the Other 8 Greatest Ski Films Ever

CEO at CRM Mastery, Inc.
Jim is a Digital Marketer who provides web site design and development as well as internet and social media marketing services to businesses, non-profits and celebrities in Telluride, Colorado and beyond.   As an active member of the Telluride community, Jim has served on the Boards of KOTO-fm and The Telluride Jazz Festival and currently serves as Board Chairman of the University Centers of the San Miguel (a non-profit continuing education organization). Jim also volunteers his time generously to many other local non-profits, is a mentor for Telluride Venture Accelerators and is "DJ Jimmy Jazz" on KOTO-fm in Telluride.