“Is Christ a King?” What might the title “King” when applied to Christ mean to our higher consciousness? 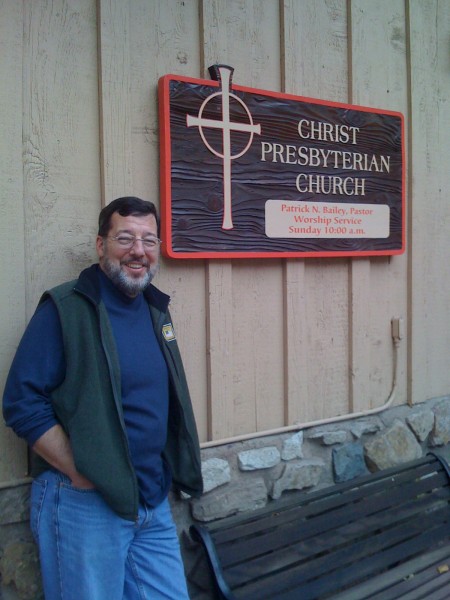 Editor’s Note: Dr. Pat Bailey of Telluride’s Christ Presbyterian Church, is a native of Atlanta, Georgia. He was ordained in the Presbyterian Church in 1987. For 16 years, Pat served as a chaplain in the U.S. Army. He is also an Iraq War veteran. Pastor Pat holds several degrees: a Master of Divinity from Columbia Seminary, a Master of Theology in comparative religion from Emory University, and (recently) a Doctor of Ministry from San Francisco Theological Seminary. His primary professional interests are interfaith spirituality, evolutionary consciousness, nature spirituality – and accompanying others in spiritual community. To that end, Pastor Pat has been blogging on Telluride Inside… and Out for years. His “Insights” series continues weekly and now often in the form of videos capturing Pastor Pat’s affirming messages.

Pat Bailey is a native of Atlanta, Georgia. He has been an ordained minister in the Presbyterian Church (USA) since 1987, having earned a BA in religious studies from Lee College, a Master of Divinity from Columbia Theological Seminary, and a Master of Theology in comparative religion from Emory University. From 1987 – 1992, Pat served as pastor of the East Point Presbyterian Church, a congregation in an urban suburb of Atlanta. Beginning in 1992, he worked as a chaplain in the U.S. Army, retiring in late 2008. From 2002 to 2005, Pat taught world religions at the Defense Language Institute in Monterey, California. From 2005 to 2008, he served as a brigade chaplain at Fort Richardson, Alaska during which he spent fourteen months deployed to Iraq. Pat returned to local church ministry as the Pastor of Christ Presbyterian Church in Telluride, Colorado, in October 2008. He is currently working on his PhD. thesis. His weekly series on Telluride Inside… and Out, Spirituality With Religion, is based on themes he is exploring for his advanced degree.