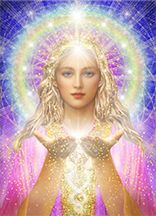 The last days of February and the waxing week of the Virgo-Pisces full Moon emanate themes of holistic health and universal healing – individually and collectively, locally and globally – as well as mystical experience, divine origin, spiritual surrender and the ultimate, eternal Oneness of Creation.

Birth and death continue as the foundational touchstone upon which the human reality is structured. Ends and beginnings make up the core definition of our physical, material world. Can we perceive anything that does not have a creative birth and ultimate, inevitable death? 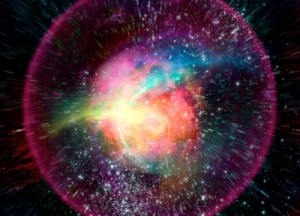 The Big Bang Theory fits neatly into this paradigm, and it’s one of the reasons I resist accepting it as truth. Perhaps the origin of the Universe goes beyond the confines of human perception and explanation, a Great Mystery that is written outside the human codex, in a syntax we cannot understand. In 1998 Carlos Castaneda – one of my supreme spiritual and metaphysical teachers – published The Active Side of Infinity, a sort of memoir and tribute to his teachers, the men and women of knowledge that opened doors to previously inexperienced worlds of perception and dimension, the worlds of altered states and realities, spirits and allies; worlds that we as humans accept with great doubt and skepticism, if at all.

In his book, following the dedication to two of his UCLA Anthropology professors and the table of contents, Castaneda writes two separate pages on The Big Bang: Syntax and The Other Syntax. When I read his words for the first time in 1999, I was stunned and inspired. Who would dare to doubt the Big Bang? From who and where did this emanate?

A man staring at his equations said that the universe had a beginning. There had been an explosion, he said. A bang of bangs, and the universe was born. And it is expanding, he said. He had even calculated the length of its life: ten billion revolutions of the earth around the sun.

The entire globe cheered: They found his calculations to be science. None thought that by proposing that the universe began, the man had merely mirrored the syntax of his mother tongue; a syntax which demands beginnings, like birth and developments, like maturation and ends, like death, as statements of facts.

The universe began, and it is getting old, the man assured us, and it will die, like all things die, like he himself died after confirming mathematically the syntax of his mother tongue.

Did the universe really begin? Is the theory of the big bang true? These are not questions, though they sound like they are. Is the syntax that requires beginnings, developments and ends as statements of fact the only syntax that exists? That’s the real question.

There are other syntaxes. There is one, for example, which demands that varieties of intensity be taken as facts. In that syntax, nothing begins and nothing ends; thus birth is not a clean, clear-cut event, but a specific type of intensity, and so is maturation, and so is death.

A man of that syntax, looking over his equations, finds that he has calculated enough varieties of intensity to way with authority that the universe never began and will never end, but that it has gone, and is going on now, and will go through endless fluctuations of intensity.

That man could very well conclude that the universe itself is the chariot of intensity and that one could board it to journey through changes without end. He could conclude all that, and much more, perhaps without realizing that he is merely confirming the syntax of his mother tongue. –  Carlos Castaneda 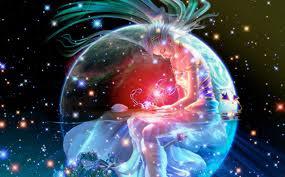 We are all products of syntax: the rules deriving logical formulas, order and structure. We are limited by exposure and experience. Our parents, family, friends and teachers program our little brain computers from day one. 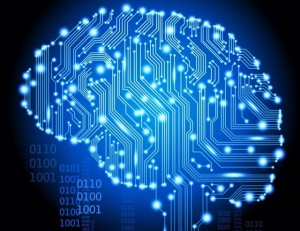 Sensation, stimuli and programming compose thought and generate emotion, fuel desire and dictate belief. Today, on Earth, we are capable of daunting depth and discovery. Technological advances transport us to wildly diverse virtual and physical worlds. And yet, we are primarily spirit, a miraculous and universally cosmic, yet common, combination of energy and space. We are the stars. We are the Big Bang and the expanding universe – the one without beginning or end – the alpha and omega. Embrace Eternity – the Eternal Mystery – and enjoy the Ride. Blessings and peace…

Aries (Mar. 20-Apr. 19) This week promises the grand opportunity to make things “right” in your life and relationships. Benevolent Jupiter in Leo makes the second of three trines to revolutionary Uranus in Aries, sparking courage and awarding you with the ability comprehend the bigger picture. What’s really right? Surrender ego and do it right.

Taurus (Apr. 19-May 20) A heavy load of planets in the 4th quadrant of your solar chart portends a variety of social and professional interactions that ultimately leads to a rather surprising spiritual understanding. An uplifting Jupiter trine paves the way to inner awakening. Keep your heart and mind open as you move through the week, taking care of business while making sure you’re simply doing the next right thing. Good luck!

Gemini (May 20-June 20) The big cosmic message for months has been that every thing and every body in our ever-expanding Universe is energy and “we” are all interconnected. We are all made up of the same energetic, quantum physical stuff. Einstein proved this mathematically over a century ago, yet most of our political, social and economic institutions are still based on materialism. Do your best to live holistically and stay on the path.

Cancer (June 20-July 22) As the Moon grows in size and shape each night, so also does the celestial imperative for individual and collective change. The 7th and final square of revolutionary Uranus and metamorphic Pluto on March 16th is forcing a radical shift of consciousness on every level. No matter who you are or what you do, you have awakened. Take heed and read the writing on the wall. Take the quantum leap.

Leo (July 22-Aug. 22) While the Uranus-Pluto square walks away with more Oscars than any other celestial constellation nominated in 2014, the Jupiter–Uranus trine wins for best supporting cast and crew. While the deepest, darkest aspects of human life and human nature in Uranus-Pluto focus on terror, violence, greed and war, Jupiter-Uranus inspires us with courage, creativity and compassion. See and learn from them both.

Virgo (Aug. 22-Sep. 22) The upcoming full Moon in Virgo-Pisces takes place on March 5th @11:05 am MST. From now until then, pay attention to what pops up in the daily news – locally and globally – as well as in your heart and head. As part and particle of the bigger picture., everything you think, say and do affects everyone and everything on the planet. Reach out to others in the effort to heal yourself and the world. No joke, it’s real.

Libra (Sep. 22-Oct. 22) Virgo and Pisces are polarized opposites and represent different ends of the same pole. Ruled by Mercury (mind) and Neptune (emotion), respectively, this lunar week is a balance of intellect and intuition. What better time to observe and analyze the interface between thoughts and feelings? What are the default positions of your soul and psyche? Who installed the program? Take it easy, feel the balance and relax.

Scorpio (Oct. 22-Nov. 21) Several planetary aspects and imperatives deliver a week of increasing intensity – really? – individually and collectively. Global fires burn and international waters boil. The best strategy is to remain calm amidst the rising tides, work with people committed to holistic, planetary health and healing . Awakening is not always pleasant, enlightenment is not always nirvana. Cultivate courage and keep the faith.

Sagittarius (Nov. 21-Dec. 20) Serious Saturn’s entrance into Sagittarius emanates a mandate of truth and justice throughout the ethers. Spiritual paths and enlightened thinking are favored choices on life’s mysterious journey now; material greed and imperialistic actions are not. Wherever you are and whatever you’re doing, grab the reins and ride the high road of spirit over and the low road of rage, anger, fear and doubt. Onward cosmic traveler! Follow the signs.

Capricorn (Dec. 20-Jan. 19) As the 7th and final exact Pluto-Uranus square fast approaches, take a break from the crazy chaos and dangerous dramas of what’s happening today on planet Earth. Whether it’s global climate change, terrorist terror, local politics or personal relationships, find a place and space to be calm and quiet. Tap into silence, feel your heart, ask for guidance. Breathe deep. Relax. Count your blessings. Pray for peace.

Aquarius (Jan. 19-Feb. 18) We are being called to balance judgment with compassion, analysis with acceptance and doubt with courage. The Buddha realized that all life involves suffering and that it’s how we choose to deal with it that counts. There is no magic pill to erase pain and suffering in the world. But there are many paths to peace and equanimity. Emotions are like the weather, constantly changing. Accept change and embrace grace.

Pisces (Feb. 18-Mar. 20) As candles flicker and cakes are cut, the world turns. Tumultuous times and unsettling violence clash and crash as many pray for peace. The only way to counterbalance the inequity of killing and hatred is by living and cultivating peace, loving kindness and compassion. One person and one life at a time. Spiritual masters teach us to practice, pray and practice some more. Thanks for your daily prayers and practice.

Cynthia is a third generation astrologer living on a high mountain mesa 40 miles west of Telluride. Visit her website @ www.alacazem.com

Cynthia is a third generation astrologer living in the high mountain desert of the American Southwest. She was introduced to astrology by her maternal grandmother, Alice Wood Carter and she grew up reading her American Astrology and Dell Horoscope magazines. By age 12, she had a general working knowledge of Sun-sign astrology. In 1977 Cynthia moved to Telluride, CO and began doing readings in the upstairs loft of the Ritzy Gypsy, a boutique above the infamous Moon Gypsy Saloon, with her partner, Ginette Petrie. In 1988 Cynthia began writing Alacazem: Astrology and Metaphysics for the Telluride Times. The column has been published for over 20 years, and currently appears each week in Telluride Inside and Out.