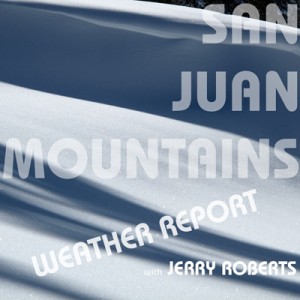 Scattered light snow showers develop later today/tonight as the latest moisture over eastern Utah moves overhead. There will be a small break in the snowy weather early tomorrow for a few hours. Later in the day, the storm that’s being advertised as a “potentially very big snow producer” will initiate. Technically, this isn’t one storm but multiple waves of energy passing through until late Tuesday with ebb and flow.

The low-pressure trough closes off over southern California tomorrow and will pump moist Pacific air into the San Juans. As of now, periods of peak snowfall look to be Saturday evening through Monday. Favored SSW locations above tree line in the San Juans could see two to five feet of snow.