The Sheridan Arts Foundation and Telluride Ski Resort are proud to present indie rockers Cold War Kids, live in concert at the Telluride Conference Center for the third installment of the Winter Music Series. The concert wraps up the second annual Mountain Town Get Down hosted by Telluride Ski Resort and featuring fun events on the mountain such as a bikini slalom, and luau as well as live music in the Mountain Village Core.

Cold War Kids come to Telluride for their first visit after a busy winter touring to support their latest album Hold My Home. It is at the same time a more pure and also more bombastic album than anything the group has ever made, utilizing their environment, experience, energy and cohesionwhile still driving home the familiar Cold War Kids sound honed and perfected over a decade.

Ten years have come and gone since Cold War Kids first took to the stage in their homegrown Southern California scene. Time is typically unkind to indie rock bands, so how is it that Cold War Kids are still here in 2014, selling out tours and releasing their fifth album in one of the most tumultuous decades the music industry has ever seen.

“We worked really hard,” says Nathan Willett. “And we were successful, which is freakishly impossible, and we should embrace it. That’s our story.”

From his post at the front, Willett — along with the band’s bassist and visual director Matt Maust — has led Cold War Kids through the tricky 21st century rock and roll landscape. The group has soared  over the peaks and faced the valleys head-on, while carving out a place the band could call its own. Reaping sky-high praise from a mid-2000s blogosphere then growing wings as a live show juggernaut, they stand now with their fifth studio album Hold My Home as a different animal and an unaltered beast at once.

Cold War Kids began as a four-piece of college friends, but has undergone a couple of lineup changes in the past few years, from the fulltime addition of guitarist/producer Gallucci (Modest Mouse, Murder City Devils) to the departure of two original members, including most recently drummer Matt Aveiro. Replacing Aveiro on the album and on tour is seasoned veteran Joe Plummer (The Shins, Modest Mouse, Mister Heavenly). Also onboard is touring keyboardist/vocalist Matthew Schwartz. Willett admits the alterations, while not easy, have been for the best.

“For a band getting past that several-year hump, everyone figures out their role or contributions and are either content or not. The idea of what we’re doing evolved. It was the right kind of work for Maust and for me. We’re on the same tip that way; we want to live this artistic life.”

By now, it’s clear that Cold War Kids starts and ends with Willett, Maust, and Gallucci, the creative yin and yang and three-chambered heart of the band. Willett stars as reluctant leader, like Moses in the wilderness, the cerebral center and refined song-crafter; Maust is the spontaneous punk rock locomotive, constantly pushing the group forward as the conducting engine of their artistic spirit; Gallucci, who worked for Cold War Kids doing live sound for three years before officially joining, has the wide experience, taste and encyclopedic knowledge of music to make it all click. 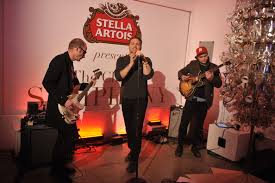 The one-two elevated punch that launches Hold My Home is undoubtedly the band’s strongest leadoff since Robbers & Cowards. “All This Could Be Yours,” the first single, packs influences from Patti Smith and Them with its chugging piano chords and sing-along refrain, while the second song, “First,” is perhaps their biggest sound yet. One of the final songs to be completed and originally intended as a B-side, Willett calls “First” a “morning-after song.”

Count on hearing those tracks and more at the show.

Tickets for Cold War Kids are $38 general admission (please note, there will be no seats in the venue, dancing is highly encouraged!) and limited VIP tickets are available. Doors open at 8 p.m. and the show will begin at 9 p.m. and finish before the midnight closure of the Gondola.

For a preview of the show, watch here: