It must be a sign of the times. Boomers all over the world in the fall and winter of their lives seek reassurance: it’s not over ’til it’s over, right? 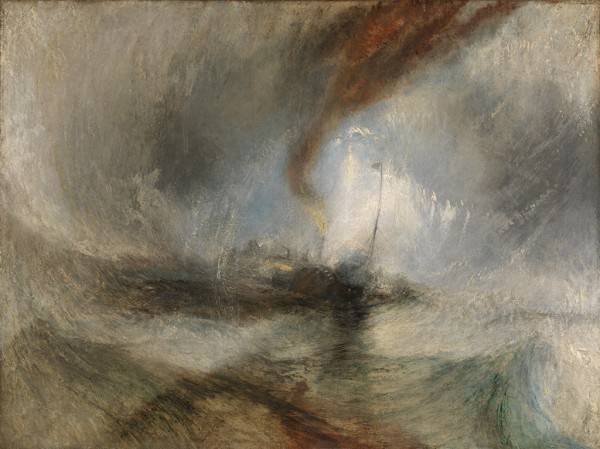 Recent exhibitions in London, New York, Denver and Los Angeles, focusing on the late work of geniuses such as Rembrandt, Matisse, Turner and Miro (see related story) prove the point: these titans pushed the artistic envelope to bursting right up to the end.

“Mr. Turner” was among the features at the 41st annual Telluride Film Festival. The plot of Mike Leigh’s biopic centered around the complicated life of the extraordinarily inventive, often irascible British Romantic painter J.M.W. Turner. And for many in the audience, for Americans in general, the richly drawn movie, which felt like a documentary, was their first introduction to a wildly successful artist whose sometimes lyrical, sometimes furious landscapes and seascapes presaged modern movements like Impressionism and Abstract Expressionism. 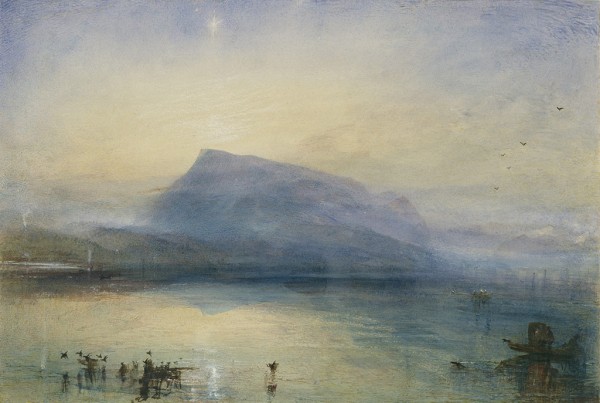 The Blue Rigi, Sunrise, 1842, J. M. W. Turner, watercolor. Courtesy of Tate: Purchased with assistance from the National Heritage Memorial Fund, the Art Fund (with a contribution from the Wolfson Foundation and including generous support from David and Susan Gradel, and from other members of the public through the Save The Blue Rigi appeal), Tate Members, and other donors 2007. Photo © Tate, London 2014

“J.M.W. Turner: Painting Set Free,” the first major exhibition on the West Coast devoted to the proto modernist painter, is now on display at the Getty Center (through May 24, 2015). And the blockbuster is a doozy. The sprawling show includes some of the artist’s most audacious and admirable work and proves beyond a shadow of doubt Turner was a maverick, though he often confounded, even appalled his commentators and audiences. He was also a man of his times who espoused the notion first put forth by Baudelaire that art mirrors, even anticipates, the zeitgeist.

According to one astute critic:

“He looked at contemporary events – the rapid industrialism of Britain and its impact on the landscape, political turbulence and international conflict, the building of the railways and the burning down of the Houses of Parliament — and he painted them. But he was no romantic bohemian, living on the margins of society: in his later years, he was still looking for patrons and was by this time very well known and financially comfortable…To the modern eye, less concerned with ideas of permanence and perfection, these (later) paintings represent a wonderful culmination of everything that had interested Turner throughout his life, and, just as in Beethoven’s late works, are exhilarating in their exceptional display of energy, creative vigor and inspiration. In Beethoven and Turner this is combined with the radical (for the time) forward pull of their personal artistic vision, which led to the creation of some of the most wondrous works in their entire output.”

The exhibition at the Getty Center brings together about 150 worlds from the UK and abroad and follows a largely chronological course, beginning in 1835, the year Turner turned 60, and closes in about 1850. 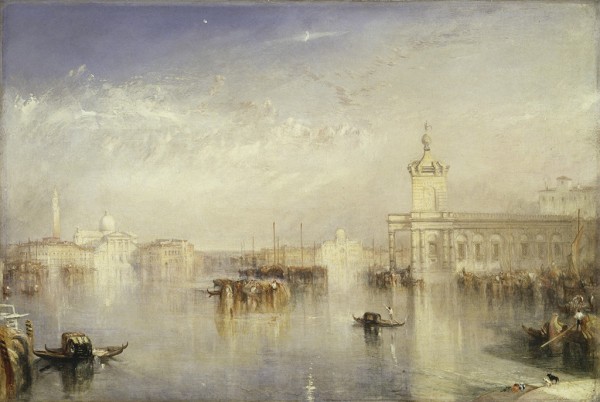 As was the case with the other artists mentioned above, the show scorns  the notion of an “elderly” artist, offering insights through detailed captions and audio-guide accounts, into his radical, innovative techniques and materials during those productive years. Turner’s use of light, color and atmosphere, his swirling vortices of energy, was unmatched in the 19th century (arguably beyond) for its bowl-you-over radiance and intensity.