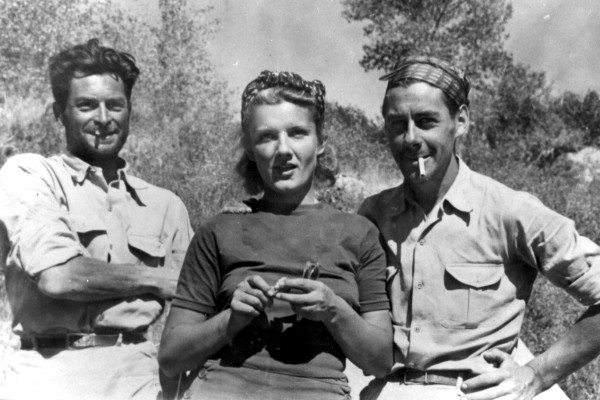 “To boldly go where no man had gone before…To explore strange new worlds.”

And inspired by Telluride Mountainfilm, so did one young filmmaker and his team.

The year was 1869. Ten men in four boats embarked on a journey that would cover almost 1,000 miles through uncharted canyons, changing the West forever. Three months later, only five of the original company plus their one-armed leader, John Wesley Powell, Civil War hero, scientist, and explorer, would emerge from the depths of the Grand Canyon.

In 1938, a time when the Wild West was transitioning into the Modern West, when rivers flowed undammed, newlyweds and outdoor enthusiasts Genevieve and Bernard de Colmont and their friend Antoine de Seynes, toting kayaks, cameras and beer, boldly set out to follow in Powell’s path, a 900-mile journey that challenged the infamous whitewater rivers of the American West, the Green and Colorado. 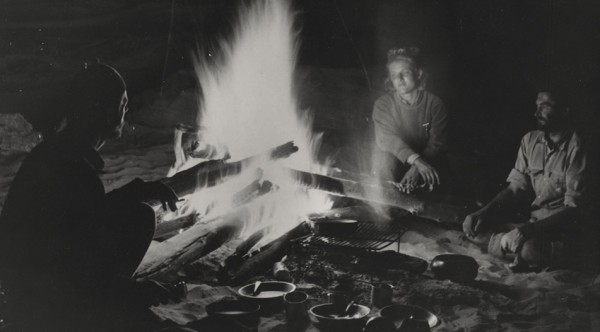 French trio under a Colorado campfire.

Bernard was a filmmaker, so the trio recorded their journey on 16mm color film, a legacy of scattered photos, a diary, and a reel of rare film footage, likely the very first adventure film to be shot in color. But their story got lost and the reels remained unseen for decades – until Ian McCluskey discovered a small historic marker.

The year was 2011. Ian, a Mountainfilm newbie but veteran filmmaker, was on stage having just screened his “Summer Snapshot,” when someone in the audience asked the following question: “So what is your next adventure?”

“At the time, I hadn’t picked my next documentary endeavor, but I knew two things: I was inspired by the films at Mountainfilm, and I had rivers and adventure on my mind,” wrote Ian in a recent blog for the festival. “By the next year, I had picked my next quest, a bold, even fool-hardly plan: search for three French voyageurs…”

The French trio had nicknamed themselves “Les Voyageurs Sans Trace, (“The Voyagers Without Trace”), now the title of Ian McClusky’s new documentary and one of a select number of adventure films selected by Mountainfilm director and filmmaker David Holbrooke and his team to be screened at the 37th annual Telluride Mountainfilm, May 22 – May 25. 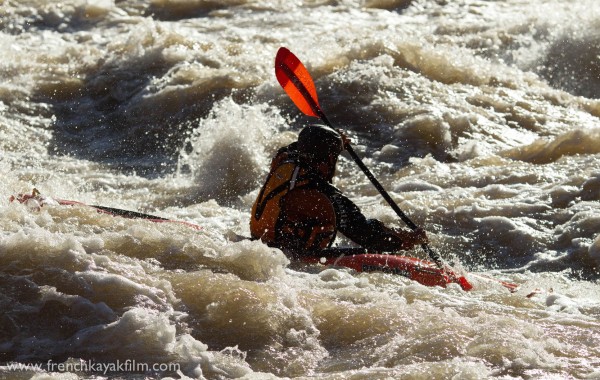 Ian McCluskey a newbie kayaker, in the rapids in Cataract Canyon.

What’s the big deal you say? It’s just one more kayak film about yet another first descent made by one more ambitious young filmmaker. Could be cool, but really, as a Mountainfilm regular, been there, done that.

How about the fact this particular young filmmaker was not a kayaker when he set out to paddle from Wyoming to Arizona through five major canyons and hundreds of rapid? A virgin.

And how about the fact Mountainfilm selected Ian as one of just five creative individuals to receive a $5,000 Mountainfilm Grant, one great way the festival supports filmmakers, artists and adventurers who embody Mountainfilm’s leitmotif: “celebrating indomitable spirits.”

Plus, early reviews describe a playful film, with lots of moments of joy and humor. 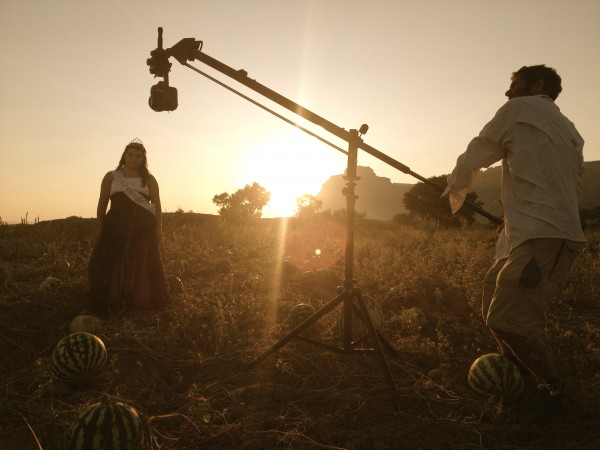 All but the musicians will be in attendance to cheer Ian on at Mountainfilm.

To learn more about Ian McCluskey and “Les Voyageurs Sans Trace,” click the “play” button and listen to our chat.