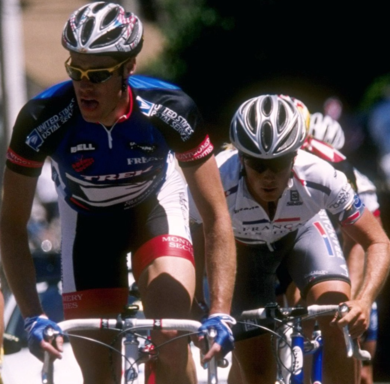 Scott Mercier and Chris Horner duking it out at the finish line
Photo Credit: Scott Mercier

Scott Mercier, Telluride’s first Olympian, descends upon Telluride on Thursday, May 21, 2015 to tell his inspirational cycling story and his first account of the pressures to use performance enhancing-drugs. The event will take place at Arroyo Wine Bar at 5:30 p.m. and is free and open to the public. (Donations are always appreciated.)The event is a fundraiser for the Mountains to the Desert Bike Ride (M2D) and the Just For Kids Foundation (JFK).

Each fall, M2D acts as the principal fundraiser for JfK. Every dollar fundraised during this amazing bike ride is matched dollar for dollar by the Carstens Family Fund at the Denver Foundation. JfK distributes this money to organizations and individuals throughout the San Miguel Watershed to promote leadership opportunities for kids and help fund underprivileged children.

Scott Mercier grew up in Telluride and went on to represent Team USA in the 1992 Olympic Games in Barcelona. From there, he traveled the world as a professional cyclist from 1993 to 1997, competing in the Tour de France among other world cycling events. However, what sets Mercier apart from the pack was his decision to leave professional cycling with the onset of the use of performance enhancing drugs.

“I walked away,’’ Mercier said. “I wasn’t pressured to dope, but it was a decision where I felt I was going to have to cross that bright line. I wanted to win so badly in 1992 at the Olympic Games that I swallowed my own vomit. (I did) everything within my power to win the race, but when I came to that decision that I was going to have to cheat and lie to my family and friends, I had to walk away.’’

On Thursday, Mercier will shed light on his decision and dive deeper into the professional cycling world. This is a first account not to be missed. The event will include both a silent and live auction, the most exciting item being a training ride with Scott Mercier himself. There is no better way to kick off cycling season in Telluride, join Scott Mercier, M2D and JFK. 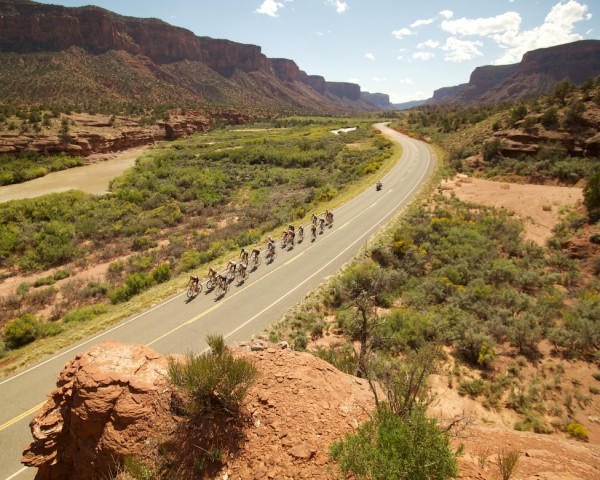 Early registration for the Mountains to the Desert Bike Ride runs through June 7, with regular registration open up until the event. Go to www.m2dbikeride.com for specifics on how to register.

About Mountains to the Desert Bike Ride

The Mountains to Desert Bike Ride (M2D) is in its 12 year as the annual fundraising event for the Just For Kids Foundation. M2D offers road cyclists mileage options from 70 to 200, from the mountains of Telluride to the desert of Gateway, Colorado. Each dollar fundraised through the ride is matched by the Carstens Family Fund at the Denver Foundation. For more information, visit www.m2dbikeride.com or email m2dbikeride@gmail.com.

About Just For Kids Foundation

JfK was created in 2000 by Bill Carstens, long-time Telluride resident, entrepreneur and philanthropist. JfK is funded by an endowment established by Mr. Carstens, the Carstens Family Fund at the Denver Foundation. Each year the endowment matches proceeds from the annual fundraiser, Mountains to the Desert Bike Ride (M2D) and private donations. Just For Kids serves children from birth through high school graduation throughout the San Miguel Watershed, including the towns of Telluride, Norwood, Nucla, Naturita, Paradox and all points in between. For more information, visit www.justforkidsfoundation.org or email info@justforkidsfoundation.org.

Scott Mercier is first and foremost a husband, father and friend. In his spare time he works as a financial advisor at Merrill Lynch, owns a small restaurant company, keynotes numerous events, writes cycling op-eds, is a Huffington Post columnist, is co-authoring a book and is the Director of Cycling for the multi-time National Champions of Colorado Mesa University. He is also active in the community and recently chaired the Board of Trustees at Community Hospital. He was valedictorian of his class of 13 from Telluride High School and earned a degree in Economics from the University of California at Berkeley.