An unexpected $500,000 bequest made to the Second Chance Humane Society in June allows the non-profit to ease its strained operating finances and proceed with expansion plans. 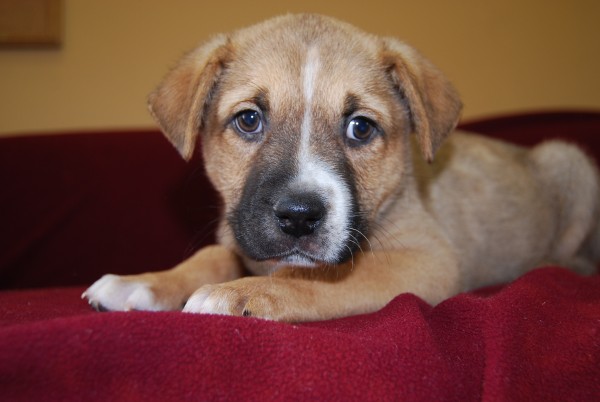 Bonnie Bell, one of the many wonderful animals available for adoption at Second Chance.

With the added resources, Second Chance has taken the next step in its three-to-five year plan by purchasing the Last Dollar Laundromat, adjacent to its thrift shop in downtown Ridgway. An additional opportunity for expansion is being further explored by the organization now under contract to purchase the Ponderosa building, also adjacent to its Ridgway Thrift Shop.

“Despite some perceptions that we are rolling in dough, this has been a difficult and lean year for Second Chance,” said Goodin. “The last few years we took some necessary financial risks due to critical expansion needs of our animal shelter operations, which meant acquiring a $400,000 mortgage on the Angel Ridge Shelter property, $100,000 in funding shortfall for the Dog Den construction, and committing to $50,000 a year for seven years to acquire the Telluride Thrift Shop. Our operating budget took a big hit just trying to cover it all. These were all good investments for the long run, but this spring we were just squeaking by.”

The long-term vision feels as good as the half-million-dollar bequest. The donor explained his largesse:

“He said he chose us because Second Chance fulfilled his priorities of transparency in expenditures, solid financial planning, and a commitment to saving as many lives as possible.”

Goodin said that the donor, who preferred to remain anonymous and splits his time between homes on the Front Range and in New Mexico, chose Second Chance after considering several other animal welfare organizations across the West.

“It’s ironic,” said Goodin, “All the expenditures that made this spring so stressful were exactly those things that convinced this donor that we had a clear vision for the future and would be around for a long time.”

The laundromat was for sale when this money came in..

“We’ve been struggling with parking issues and limited space in the store, which really hampered our ability to raise money for the animals. We’d been planning for a long time to expand the facilities. It all came together when the bequest came in.”

The purchase will enable Second Chance to move its administrative offices to the Ponderosa building , which in turn allows the non-profit to fully dedicate its ranch house on the shelter property to housing cats, eliminating the need for new construction for a cat facility. 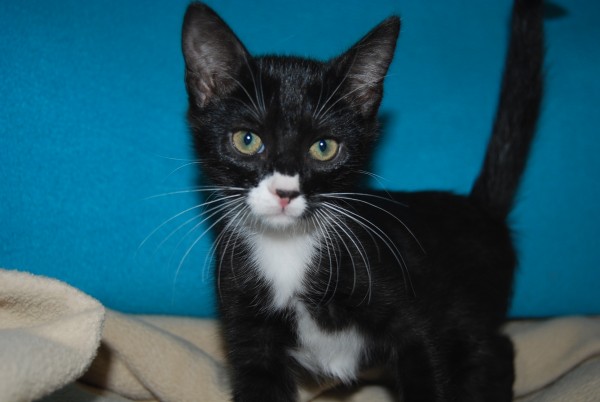 And let’s not forget Bella or the other kittens.

Second Chance has grown significantly in the past five years. It went from renting a compact and unsuitable facility for housing homeless pets to buying and renovating a 52-acre property to ensure safe, efficient and appropriate housing for homeless pets. Second Chance also recently opened a medical center/health care facility for shelter pets in the former barn and just last June opened Smitty’s Dog Den, a purpose-built expanded facility, housing 25 dogs in a cage-free environment.

“So now the cats get their turn at improved and expanded space to stretch their legs” Goodin added.

Second Chance Humane Society has been serving the region since 1994. Goodin said three things have allowed it to succeed financially: strong community support, the commitment and hard work of its board, volunteers and staff, and its thrift shops.

“It feels great to watch our vision for the organization start to take shape,” said Goodin. “We have relied on the generosity of this community for more than two decades, and this bequest, while helping us to secure a more solid foundation for our operations, won’t change that.”

Editor’s note: It’s no secret. The Telluride region is dog heaven. Well, pet heaven. Unless you are one of our furry friends who gets caught in the maw of neglect and abuse. Then heaven is on hold until Second Chance Humane Society comes to the rescue. Second Chance is the region’s nonprofit dedicated to saving animals’ lives and promoting responsible pet parenting and human-animal bond. In her weekly blog, executive director Kelly Goodin profiles at least one, generally two of the many animals now living at the no-kill shelter, Angel Ridge Shelter, a dog and a cat, hoping to find them loving permanent homes. The column is sponsored by Ted Hoff of Cottonwood Ranch & Kennel, who from time to time exercises his skills as a dog whisperer, partnering with Kelly and her staff to help train a particularly challenging animal.

By the by, there is no better place to park your pup than Cottonwood whenever you head out of town (for locals) or are heading to town and staying somewhere that does not allow pets. Consider joining Ted’s Very Important Dog (VID) Club for added benies. (Details on Ted’s website.)

Second Chance Humane Society Animal Resource Center and Thrift Shop are both located in Ridgway, but service San Miguel, Ouray & Montrose Counties. Call the SCHS Helpline at 626-2273 to report a lost pet, learn about adopting a homeless pet, or about the SCHS Spay/Neuter, Volunteer, Feral Cat, or other Programs. View the shelter pets and services online: www.adoptmountainpets.org