Get ‘Litʼ in Telluride at the 4th Telluride Literary Arts Festival. The weekend features eclectic events for lovers of books, reading, and poetry, Friday, May 19 – Sunday, May 21. Tickets, $15, to Saturday night’s Literary Burlesque are on sale as of Monday, May 8, at Telluride’s Ah Haa School or Between the Covers Bookstore. You snooze, you lose. Other than Burlesque, all Lit Fest events are free, but pre-registration is required for featured author Lydia Peelle’s Saturday workshop at the Telluride Library. And don’t miss Friday eveningʼs program, which begins with the awarding of the 20th Fischer Poetry Prize at Telluride Arts world headquarters, across from the library, at 5:30 p.m. Scroll down to read the winning poem by Anna Scotti.

Go here for an overview of Lit Fest, including further information about the Talking Gourds event on Friday night. 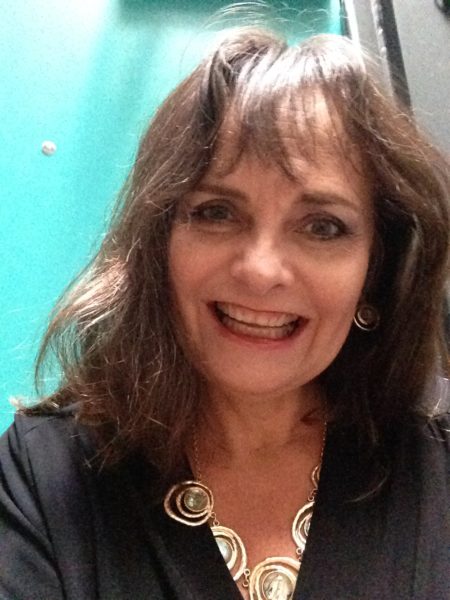 In addition to her poetry, Anna Scotti is a writer, editor, teacher, and public speaker who was recently awarded the Orlando Prize for Short Fiction. “Tanager” also received the Pocataligo Prize for Poetry (Yemassee) in 2013. Her work was selected for Best of Ohio 2014, and appears in recent issues of The Comstock Review, Chautauqua, Crab Creek Review, and The Los Angeles Review.

“Here is a prose poem that works beautifully, which is rare,” said judge Chris Ransick, former Denver Poet Laureate currently living on the Oregon Coast. “The poet has eschewed one key tool – the line break – and in place of that wielded precise imagery, musicality, insistent rhythm, surprise, and delight.”

And in naming Scotti’s piece the winner, Ransick added, “The poem is deceptively complex, unfolding the narrative backward as the poem moves forward and doing what is perhaps most difficult in any poem: expertly plying the thin edge of just enough information so that the poem opens through its subtle movements. The speaker’s voice is confident, compassionate, angry, elegant . . . so complex in tone yet utterly clear and in control of its instrument.”

Ransick noted that “all of the finalists’ poems were excellent; this is the one I wanted to read again and again, and after each reading, to pause in the glow it left.”

There are people who spend this pink hour of dawn walking the perimeters of skyscrapers in Houston, never looking up, gathering birds that have crashed against the great walls of mirrored windows, bewildered by all this broken sky and endless squares of cloud. And there is a Texas man who crosses to Matamoros every morning, stacks of flyers on the cracked seat beside him: La has visto? Missing seven years. They are never coming back, the girl, the years, they are never coming back, the flocks that once darkened the plain wide skies like purple clouds, but there are goldfinch, and warblers, and martins tucked in every tree, nature’s secret, until their desperate hallelujah at the orange edge of dawn. Some of the birds are dead and some will die on folded towels in boxes tucked beneath desks or in car trunks, old women’s tears wetting the broken beaks, the perfect feathers, but a few will be released to wing again into the treacherous sky. Now the wayward daughter dances for a slab-faced man whose fists bristle with folded dollars, or she washes laundry for beans and oranges, or she has lain at the bottom of a rocky ravine since the morning of the slammed door, since her father’s words were spoken; that can’t be undone. But here a scarlet-throated bird is cupped in a man’s rough palm, a thick finger strokes its bright breast, and in response, a trembling.
Supplemental Info:

Educated at the University of California at Berkeley during the Free Speech Movement, Anne Valley-Fox began publishing in San Francisco in the early 1970s, before settling in northern New Mexico in 1980. Her poetry collections are Nightfall (Red Mountain Press, 2016); How Shadows Are Bundled (University of New Mexico Press, 2009); Point of No Return (La Alameda Press, 2004); Fish Drum 15 (Fish Drum Press, 1999) and Sending the Body Out (Zephyr Press, 1986). Valley-Fox received a William Matthews Poetry Prize from the Ashville Poetry Review in 2016.

Of her winning poem, Ransick wrote, “This is a moving evocation of the speaker’s experience and I had a strong sense of the speaker’s recognition of her own status and safety counterposed to the plight of those whose travails she witnesses. A very well made piece.”

Having received her MFA from Sarah Lawrence College and her PhD from Oklahoma State University, Jennifer Rane Hancock is currently Assistant Professor of English at Colorado Mesa University. Her first collection was Between Hurricanes (Lithic Press, 2015) and her poems have also appeared in Ecotone, Crab Orchard Poetry Review, and Puerto del Sol.

Ransick said of her poem, “This is a precise, well written poem that haunted me after the first reading — as I think it is meant to, and made to.”

Reno poet George Perreault’s most recent collection Bodark County (Grayson Books, 2016) features poems in the voices of characters living on the Llano Estacado. He has received a fellowship from the Nevada Arts Council and an award from the Washington Poets Association, was a finalist for the Backwaters Prize, and has served as a visiting writer in New Mexico, Montana, and Utah. His poems have appeared in 13 anthologies and dozens of magazines.

“This poem is so clear I felt I had to wash the iron rust from my hands after reading it,” said Ransick of Perreault’s poem. “I was captured by the clarity of remembered detail and imagery.”

James Crews graduated from the University of Wisconsin-Madison with an MFA and received his doctorate in writing and literature from the University of Nebraska-Lincoln, where he was an Othmer Fellow and worked for Ted Kooser’s “American Life in Poetry” newspaper column. His first collection of poetry, The Book of What Stays (Univ. of Nebraska Press, 2011), won the 2010 Prairie Schooner Book Prize and received a Foreword Magazine Book of the Year Award. His second collection, Telling My Father (Southeast Missouri State Univ. Press, 2017), won the Cowles Prize. His work has appeared in Ploughshares, Raleigh Review, Crab Orchard Review and The New Republic, among other journals, and he is a regular contributor to The (London) Times Literary Supplement. He lives on an organic farm with his partner in Shaftsbury, Vermont and teaches in the low-residency MFA program at Eastern Oregon University.

“I had a terrifically hard time not choosing this poem as the winner,” noted Ransick of Crews’ poem. “If pressed I’d say that it was so humble in its rendering, so clear and uncluttered, that the power of its sentiment struck me to my core.”

A graduate of Bennington College, U.C. Berkeley and New York University, poet Helen Stevens Chinitz  has been a teacher, a headmistress and a nationally ranked squash player. She spent two years in Senegal working for the United Nations on the Eco Conference of 1996. She has been a finalist in many poetry contests and is widely published in literary journals.

Ransick had this to say of her winning poem, “This poem is so powerful, I spent more time with it than any other poem I read for this competition. It honors the subject it addresses and the person at the center without once reaching for the easy mark. Kudos.”