Mountainfilm, “Charged: The Eduardo Garcia Story,” A Doc With A Real Jolt

A limited number of Palmyra passes are still available. Buy a Festival pass here now. Remember to check the Festival Alerts page and download our festival app for up to date schedule changes and TBA information.

One of the featured films at this year’s event was directed by the winner of the Audience Award in 2015. Phillip Baribeau, who made “Unbranded,” returns with another soaring, but unsentimental story of resilience and personal transformation in the face of seemingly impossible odds: “Charged: The Eduardo Garcia Story,” screens Friday night, May 26, at Base Camp , 8:45 p.m.; Saturday at the Off-Width (Black Box at The Palm), 6:30 p.m.; and Sunday night, 6:45 at The Palm.

For other Mountainfilm films, go here.

Please scroll down to listen to a podcast featuring the “Charged” team: Eduardo Garcia, Jennifer Jane, and Phillip Baribeau. 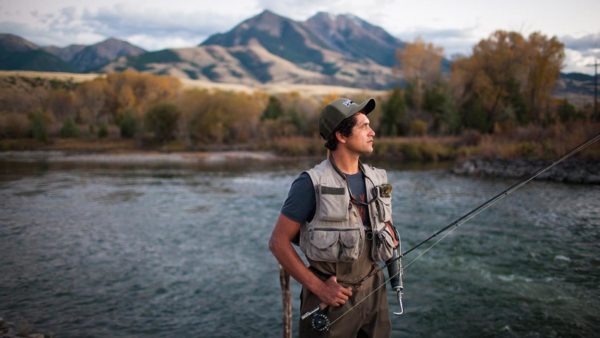 The word “charged” has lots of meanings, among them: intense and impassioned, fraught with emotion, and capable of producing violent emotion and arousing controversy.

Or “charged” can be literal, as in what happens when one is hit by a 2400 volts of electricity.

In which case, all the aforementioned adjectives ultimately apply.

Garcia was a chef with a passion for the outdoors. In 2011, the 30-year-old was on a solo bow-hunting trek in the Montana wilderness, when he came upon a dead bear. When he poked the carcass with a knife, he was unexpectedly hit with 2,400 volts of electricity from a nearby power line.

Garcia was rushed to the hospital with severe injuries to his head, arms, ribcage, and other parts of the body. There were nine exit wounds to be exact. Doctors told him he was “a bag of bones with a heartbeat.”

Garcia was hospitalized for months of recovery from severe burns and 21 surgeries to remove four ribs and his left hand. To add insult to injury (literally), while recovering, he was diagnosed with Stage 2 testicular cancer and had to undergo chemotherapy along with physical rehabilitation.

His life-changing story is the subject of the documentary “Charged,” which unpacks Garcia’s journey from scarred, but grateful, through a painstaking recovery, and into the national media spotlight as “the Bionic Chef,” motivational speaker, chef-entrepreneur behind the brand Montana Mex, and advocate for the Challenged Athletes Foundation – all that his closest friend and partner Jennifer Jane by his side every step of the way. 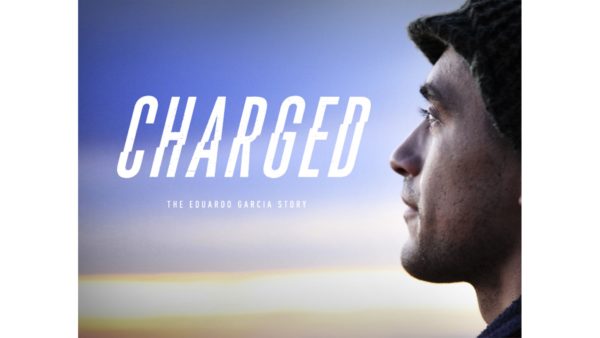 Warts and all (and there are warts), Eduardo Garcia embodies what Mountainfilm tends to celebrate: the indomitable spirit.

Directed by Phillip Baribeau, (“Unbranded”), “Charged: The Eduardo Garcia Story,” is one of the featured films at the 39th annual Mountainfilm. The doc tells a lemonade-from-lemons story, filled with, excuse the pun, tart (read sour) realities, including a painful family history, a complicated romantic relationship –  and a hero with clay feet.

In the beginning, there was woman:  it was Jennifer Jane who began  filming Garcia when he was hospitalized, partly to keep the man occupied and engaged during the hardest days of his recovery.

To learn more about Garcia’s life, “Charged” and the team behind the doc, click the play button and listen to a podcast featuring Eduardo Garcia, Jennifer Jane, and Phillip Baribeau. 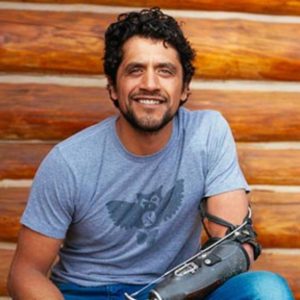 Eduardo Garcia is a chef, co-founder of the Bozeman-based Montana Mex food brand, a motivational speaker, and outdoor enthusiast. He has traveled the world extensively as a yacht chef and, like Anthony Bourdain of TV fame, his adventures at home and abroad are always food-centric. Garcia is also executive producer and host of the outdoor cooking series, “A Hungry Life.” 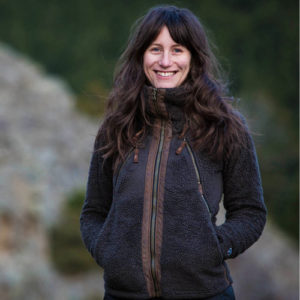 Originally from across the pond in Dorset, England, Jennifer Jane is a creative woman with a passion for writing, design, and visual media. During Garcia’s recovery, she kept the cameras rolling, generating a library of unique footage. In “Charged,” Jane provides an insider’s perspective of her friend’s recuperation and comeback.  She is co-founder of Montana Mex, also a writer and executive producer of “A Hungry Life.” 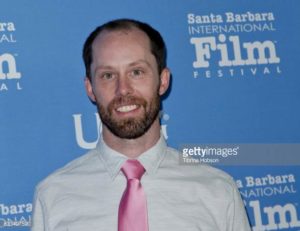 Phillip Baribeau is no stranger to Mountainfilm audiences, His first feature-length documentary, “Unbranded” won the 2015 Audience Choice Award in Telluride, Toronto, and Banff. Baribeau holds a degree in media and theatre arts from Montana State. His professional career has always revolved around storytelling and adventure, in TV and documentary filmmaking, including work for National Geographic, The Sportsman Channel, and The History Channel.