Get ‘Litʼ in Telluride. The 4th Telluride Literary Arts Festival. The weekend features eclectic events for lovers of books, reading, and poetry, Friday, May 19 – Sunday, May 21. Tickets, $15, to Saturday night’s Literary Burlesque went on sale as of Monday, May 8, at Telluride’s Ah Haa School or Between the Covers Bookstore. You snooze, you lose. Other than Literary Burlesque, all Lit Fest events are free, but pre-registration is required for a workshop led by Lit Fest featured author Lydia Peelle. For a Lit Fest overview, go here. Lydia Peelle is sponsored by Telluride’s five-star Wilkinson Public Library. Scroll down to listen to her podcast. 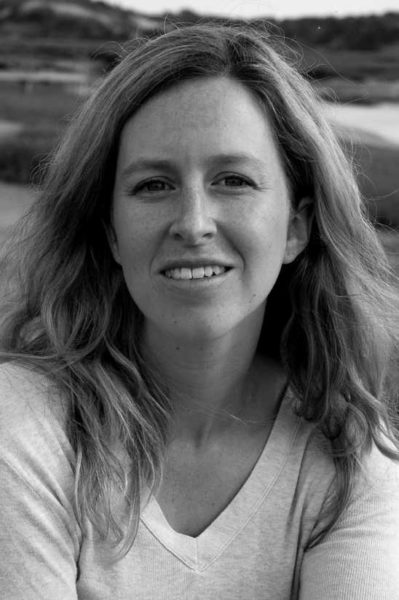 Raise your hand if you remember the first time a well-meaning grown-up asked if you knew what you wanted to be when you grew up.

Do you remember your answer?

How did that work out for you?

Only a lucky few really had a clue.

Or actually managed to turn that spark into a flame.

Lydia Peelle is one of them.

In a 2009 interview with Gillian Welch in Bomb magazine  – yes, that Gillian, the singer-songwriter who wrote the soundtrack to Coen Brothers’ sensation “O Brother Where Art Thou? “– in answer to her question “Did you always want to be a writer?,” Peelle said the following:

“Yes . . . always. But, for a long time, I just kept it a secret, and if someone asked me what I wanted to be, I would say something else. I don’t know why, I guess because writing was such a private act. But going back to when I was five—my parents gave me an old electric typewriter. I used to sit and play with it. I remember sitting in the dining room banging the keys and hearing my mother in the next room say to someone, ‘Oh, she’s going to be a writer, sort of as a joke, you know, and me thinking, ‘Well, yes, I am!…. I loved to read and would read everything I could get my hands on, so I knew. In terms of becoming aware of ‘the author,’ I had a copy of ‘Stuart Little’—I loved that book and, at a very young age, probably before I could read it, I remember looking at the title page and thinking about E. B. White, and how he’d written it, and how . . . Wow, a person was responsible for that story. That had a big effect on me.”

And now, through her words, Peelle is having a big effect on all of us.

Lydia Peelle is the Whiting Award-winning author of a debut novel “The Midnight Cool” and the story collection “Reasons For and Advantages of Breathing,” the latter, a New York Times Book Review Critics’ Choice book.”Reasons” also received an honorable mention for the PEN/Hemingway Award.

Released just under six months ago in January, “The Midnight Cool” has found critics tripping over their superlatives in praise of Peelle’s taut, poetic prose: 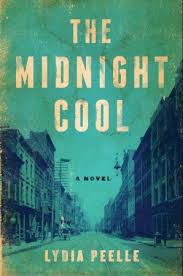 “Fully imagined…affecting…Billy’s longer and fuller life makes him the more vibrant of the two characters, but the mysteries of Charles’s fate propel the book…THE MIDNIGHT COOL is undergirded by the considerable agility and charm of Peelle’s voice, and by her deeply attuned love of nature,” New York Times.

“A drama about the speciousness of the American dream and the costs of self-invention…The novel resists trite resolution. We may write our own stories, it suggests, but we can’t predict our endings,” The New Yorker.

“Peelle is a writer to watch. She deftly recounts the surprisingly fascinating history of mules, who bore the brunt of American labor during the period and whose resiliency and strength made them key players in the war effort, while also giving us a rich, satisfying novel, full of memorable characters grappling with love, loyalty, identity and the struggle to build something that lasts in a rapidly changing world,” Bookpage.

“A poetic knitting of historical fiction and contemporary parable. . . . Peelle spins an American tale that explores the nature of love and tragedy, and the complicated connections between humans and animals,” Atlanta Journal-Constitution.

About that mystical, magical connection, this is what Peelle has to say:

“I think a lot about our failure, as a species, to communicate well with each other, and that leads me to think about our communication with other species, how sometimes it can be, ironically, so much purer than the relationships we have with one another.”

Over the weekend, on Saturday, May 20, Peele is scheduled to teach a writing workshop, “The Story in Everyday Objects.” The intensive takes place at the Telluride Library, 1-3 p.m. Pre-registration is required.

In class, participants will explore how deep contemplation of everyday objects we might otherwise take for granted can be powerful triggers for expanding the imagination and developing character in both fiction and non-fiction work. Participants will practice writing exercises that stretch both the imagination and descriptive prose muscles. (Bring writing materials and a small object that holds meaning for you.)

And to gear up for Peelleʼs visit, the library has designated “The Midnight Cool” its 2017 Spring Read. In addition to a nice stack of the books for checking out, Between the Covers Bookstore has them in stock.

Here’s what her friend and professional colleague, fellow writer extraordinaire Amy Irvine has to say about Peel’s debut novel.

“So real and grounded in delicious facts about war and equines is Lydia Peelle’s ‘The Midnight Cool’ that even the most devout nonfiction reader will be won over. Add to this the rich, sure language, the elegant, gritty insights (about humans and animals alike), and the sly humor that cuts like an LED light through this tale’s shadows, and you have a book worth rearranging the triage list of To Do’s for – so that its title appears at the top,”

More about “The Midnight Cool”:

An enchanting debut novel, “The Midnight Cool” is set in 1916 Tennessee. The rich and rewarding tale is about two flawed yet endearing drifters who pursue women, wealth, and a surprisingly valuable commodity for the troops in Europe—mules.

A middle-aged Irish immigrant, Billy has a gift for illusion—making damaged objects look new. His companion, Charles, the smooth-tongued teenage son of a prostitute, is a natural salesman, just like the mythical father he’s never met. Longtime horse traders and partners, they’ve recently turned their talents to trading mules. But in the summer of 1916, these seasoned grifters skilled in the art of the underhanded deal have just been swindled themselves. They’re saddled with the one thing they may not be able to unload: a gorgeous, murderous black mare named The Midnight Cool.

Charles should have listened to Catherine, the beautiful, rebellious daughter of Leland Hatcher, the richest man in Richfield, Tennessee, and the former owner of The Midnight Cool. The horse would be worth a fortune—if she weren’t a verified man-killer who attacks on sight. Charles and Billy are rooted in this muggy town until they can miraculously retrain their recalcitrant mare, and in the shadow of the growing inevitability of war, their bond begins to fray. Falling in love with Catherine—and under the spell of the deceitful, wealthy Leland, the vision of man he’d like to be—Charles pulls away his old friend.

Despite their growing distance, Billy and Charles find their business thriving when the war in Europe pushes the demand for mules sky-high and the United States enters the fight. But when a trade goes terribly wrong, Charles is forced to reevaluate his allegiance to his country, the moral implications of his lifestyle, his relationship with Catherine, and, ultimately, his mysterious and surprisingly deep connection to Billy.

Populated by spirited, memorable characters, “The Midnight Cool” is a startlingly profound tale of aspiration, loyalty, and love—and the eternal search for something lasting in a transitory world.

Something perhaps as lasting and abiding as the human-animal connection.

Lydia Peelle is the Whiting Award- winning author of the novel “The Midnight Cool” and the story collection “Reasons For and Advantages of Breathing,” which was a New York Times Book Review Critics’ Choice book and received an honorable mention for the PEN/Hemingway Award.

Peelle earned her MFA from the University of Virginia and has been a fellow at the Fine Arts Work Center in Provincetown, Ucross, Yaddo, and Ragdale. She is a recipient of two Pushcart Prizes, an O. Henry Prize, the National Book Foundation’s “5 Under 35” honor, and the Anahid Award for Armenian-American writers.

Lydia Peelle lives in Nashville, Tennessee. “The Midnight Cool” is her first novel.