A Telluride local, Dr. Paul Hokemeyer is an internationally recognized expert on treating clinical issues at the nexus of relationships and behavioral health. (Scroll down for more on Dr. Paul.)

Earlier this summer, Dr. Paul felt he had to weigh in on the subject of feminism. Is it dead as suggested by an article by Beth Greenfield in Yahoo Beauty (in which he is quoted) entitled “Conservative Writer Urges Women to ‘Stay Fit’ for Their Husbands”?

The article suggests that in this day and age, a woman’s focus should be on her physical beauty and staying attractive so their man won’t leave them. OMG. Gloria, did you hear that? Dr. Paul did and here’s what he had to say:

The majority of people feel that woman need to be treated with respect and add value to the world not only through their ability to reproduce, but also through the incredible value they add to the world through their inherent skills in nurturing, comforting and leading with intelligence and grace.

Central to this capacity is a woman’s ability to think for herself and take actions that are authentic to her, rather than placing herself in a position to be manipulated, objectified and thereby diminished by the standards and corresponding judgment of others.
For this reason, it’s important for women to push back against this manipulative force that tries to control how they look. The best way for them to do this is by living in the world in a skin that suits them, rather then a skin that’s approved by others.

People who point their finger at others telling them how they should look and behave are the very people who need a recalibration. These are the folks in whose souls fester with incredible self-doubts and insecurities. To be comfortable in one’s own skin requires an acceptance of the skin of others.

Feminism is alive, but in the last year, it’s sustained some serious bruising. Let’s take the weekend, the weeks, months and years ahead to make sure we are advancing the rights of women rather than allowing them to be battered and bruised.

Now more then ever: #modeldignityforourleaders… 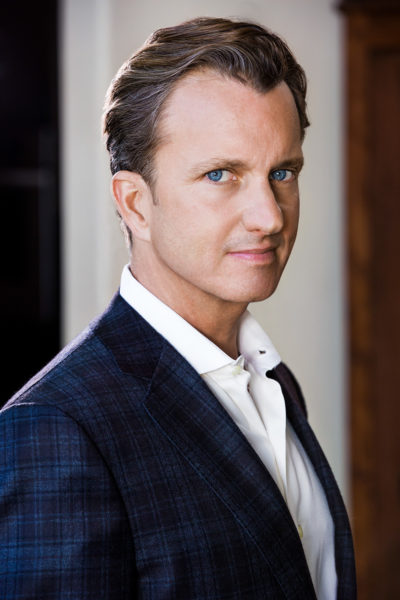 And here is the Greenfield story:

Sometimes there are sexist, feminist-baiting articles so over-the-top that they are simply best left ignored. But every now and then comes a missive that both infuriates and offers a minuscule glimmer of intellectual intrigue (in this case, a smart writing style, and a couple of vaguely valid points), and it needs to be challenged.

Enter conservative columnist Inez Feltscher’s latest marriage-advice essay: “Staying Fit for Your Husband Is One of the Best Gifts You Can Give Him.”

Yes, it sounds like a Saturday Night Live skit or some sort of 1950s throwback article. But it’s actually a real, modern-day story, from Jun. 22 of 2017, published by the right-lurching website The Federalist.

In it, Feltscher, a 29-year-old “Constitutionalist #TeaParty. Habitual snowflake triggerer,” according to her Twitter profile, notes that millennials have “been sold a pack of feminist lies that make both men and women unhappier,” including the belief that “a selfish, ‘be yourself’ attitude is a good prescription for marital bliss.” Instead, the Breitbart contributor advises, “Maintaining their figures and beauty — through reasonable efforts — is one important way that women can make their husbands happy.”

As for men keeping themselves from going to pot for their wives? Feltscher says it’s not a concern, as women are far less stuck on the appearance of their men, an idea that she says has been “confirmed by brain scans.” She also maintains that it’s a fact that’s obvious to any “intellectually-honest person,” who can just look to articles in the Daily Mail, about hot young women dating less-hot old men, as further proof.

It’s the “feminist” denial of the fact that men and women are fundamentally different in relationships, she says, that leads to marital struggles. To make the road less rocky, here’s what Feltscher recommends women do: “…try shifting your appearance a notch or two up your priorities list. Cultivate an active lifestyle or carve out the time to work out regularly, and curb your caloric indulgences. Wear clothes that flatter you instead of those that are just easiest to reach for. Even in the busiest of schedules, find the five minutes to put on a little lipstick or a spritz of the perfume you used back when the two of you were dating. He’ll appreciate you making the effort.”

A couple of problems here, just for starters: a) The changing of appearances and shifting of priorities in long-term relationships is not quite so simplistic, but rather attached to an endless myriad of complex issues; and b) denying that men and women have differences is actually not an essential part of being a feminist — which is, at its core, about equality. Bottom line, Feltscher’s brand of advice is bizarrely out-of-date; it’s so sexist that it’s actually kind of funny, in an I Dream of Jeannie kind of way. It’s also probably really depressingly unhelpful for anyone who might truly be having relationship issues.

As marriage and family therapist Paul Hokemeyer tells Yahoo Beauty after reading Feltscher’s essay, “The majority of people feel that woman need to be treated with respect and add value to the world not only through their ability to reproduce, but also through the incredible value they add to the world through their inherent skills in nurturing, comforting and leading with intelligence and grace. Central to this capacity is a woman’s ability to think for herself and take actions that are authentic to her, rather than placing herself in a position to be manipulated, objectified and thereby diminished by the standards and corresponding judgment of others…”

Dr. Paul is frequently quoted in a host of media outlets including The New York Times and The Wall Street Journal. He serves on the panel of experts for the “Dr. Oz Show” and is a Fox News analyst. Dr. Paul served on the board of directors for the New York Association of Marriage and Family Therapists, is a clinical member of the American Association of Marriage and Family Therapists, and received his certification as a clinical trauma professional. He also holds a law degree.

Marriage & Family Therapist
Part-time Telluride local Dr. Paul Hokemeyer is a nationally recognized expert on Eastern philosophies, relationships, and emotional healing. A Licensed Marriage and Family Therapist, he holds a PhD in psychology, as well as a doctorate in the law. A part-time Telluride resident, Dr. Hokemeyer is based in the New York City office of the Caron Treatment Center. He is also a weekly contributor to “The Dr. Oz Show,” CNN’s “Headline News,” and other media outlets, including “Good Morning America,” “truTV,” and “Oprah Radio.” His new column, Shrink Rap, is scheduled to appear at least bi-monthy every Thursday on Telluride Inside… and Out.