Telluride Blues & Brews: Anders Osborne Back For Another Encore

Anders Osborne returns to Telluride Blues & Brews to perform Friday, September 15, 4:50 p.m. on the Main Stage and again on Sunday, September 17, at 9 p.m.

Please scroll down to listen to a podcast featuring Anders Osborne. 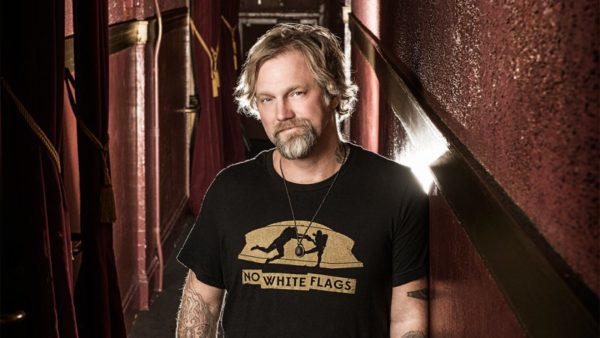 As Telluride locals know, live, Anders Osborne is a force of nature. In wildly energetic, physical performances he rips notes out of his guitar like a hungry animal on a carcass, forces out riveting steel-on-steel slide solos, and sings from the inner reaches of his soul.

But also the way it is.

One more thing is true: we can set our watches to Anders time – which happens to coincide with Telluride Blues & Brews and the fall season in Telluride.

In fact, it could be said that Anders Osborne is the Sam Bush of Telluride Blues & Brews, local royalty, a favorite son who keeps bomeranging back to town for more encores.

“It isn’t the Telluride Blues & Brews Festival without Anders Osborne…We’ve had him play this festival more than any other artist and with good reason. His authenticity and dedication to the blues form, which he fuses with rock ferocity and his unflinching lyricism, is the gold standard of modern blues music. His latest record, Flower Box, is another fine collection of his personal, heartfelt worldview, songs that give plenty of space and breadth to the intent of the message, and, of course, showcase his superior talent on the electric guitar. He is a gift to music and to our ears. So good to see you again, Anders,” wrote Telluride Blues & Brews about their favorite son.

“Rich and glorious…Osborne possesses a voice that rises out of the darkness to the light of a soulful, tremulous wail. He is a consummate showman and shaman, bending successive moments to suit his majestic purposes. Osborne seeks an epic quality to much of his music, crafting layer upon layer of hugely scaled soundscapes.…never lazily derivative…every slashing guitar figure, every cry of a lyric, seems to come from an authentic place,” said his hometown New Orleans Times-Picayune.

Anders Osborne returns to one of his favorite stomping grounds to perform twice at the 24th annual Telluride Blues & Brews to his adoring fans: Friday, September 15, 4:50 p.m. on the Main Stage, then again on Sunday, September 17, at 9 p.m.

Between the potency of his richly detailed songwriting, intensely emotional, soulful vocals and his piercing, expert guitar work, New Orleans-based Osborne is among the most original and visionary musicians writing and performing today.

New Orleans’ Gambit Weekly honored Osborne as its “Entertainer Of The Year.”

OffBeat named him the Crescent City’s Best Guitarist for the third year in a row, and Best Songwriter for the second straight year. Osborne also won Song Of The Year for his composition, “Louisiana Gold.” 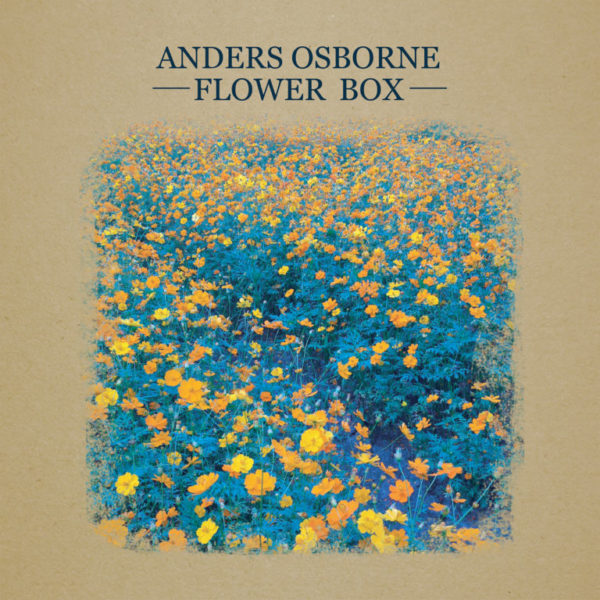 “I love the way this record comes out stout and determined right out the gate, a four-piece rock & roll band making beautiful and conquering noise,” says Osborne.“The producer, Mark Howard, has a way of making you play in the moment and being confident.  His sounds and engineering style is that of classic records, with his own special sauce of ‘haunting’ on top of it. The musicians on here are undoubtedly some of my absolute favorites in the world, both as players and as people. Their contributions are invaluable.  Scott Metzger, Brady Blade, Carl Dufrene, Chad Cromwell, Marc Broussard, David LaBruyere, Rob McNelley & Justin Tocket. Bad boys! I’ve been wanting to make this record for several years and I am stoked it’s finally here.”

“With a trajectory that encompasses 13 albums—and nearly as many record labels—Anders Osborne’s prolific prowess is well established. It’s further evidenced by the fact that Flower Box is his second offering of 2016, following Spacedust & Ocean Views, released this past February. Yet, while that earlier album contained songs mostly of the laid-back variety, Flower Box ups the ante as far as energy, as illustrated by the immediate rush of album opener ‘Different Drum’ and the spirited songs that follow—the loping ‘Fools Gold’ the steadily rocking title track and the sprawling ‘It Can’t Hurt You Anymore.’ Osborne’s relentless wail sometimes brings Neil Young & Crazy Horse to mind—especially when in full flight—but  also retains both a drive and deliberation all its own…,” wrote Relix.

“…finds the guitarist in a (largely) reflective mood, an extended meditation on place and moments in time, memory, passages through and exits from paragraphs in the non-fiction docudrama of life. Through languid, gently formed figures, Osborne coaxes odes of gratitude and compelling imagery in what seems a little like a travelogue — like watching his kid chasing seabirds on the beach…,” wrote Boulder Weekly about Spacedust & Ocean Views.

“Osborne finds a striking balance of muscle and grace that allows for the smaller moments of quiet to be just as resounding as the sonic booms,” said Jambands.com.

“The relentless approach amplifies the anguished lyrics, which appear to be about the death of a loved one or a relationship torn asunder or perhaps a spiritual crisis.”

This powerful live performer and musician has won over more and more fans through non-stop touring as well as a heralded collaboration with the North Mississippi Allstars and Southern Soul Assembly.

Anders also tours constantly – though less so since his kids are now teens – either with his own band, as a solo artist, or as a guest with his countless musical admirers, including Toots and The Maytals, Stanton Moore, Derek Trucks, Warren Haynes, Keb Mo, The Grateful Dead’s Phil Lesh, Jackie Greene and Karl Denson’s Tiny Universe.

Since his recording debut in 1989, Anders Osborne has written virtually all of his own material and contributed memorable songs to a wide variety of artists.

His songs have also appeared in multiple feature films. 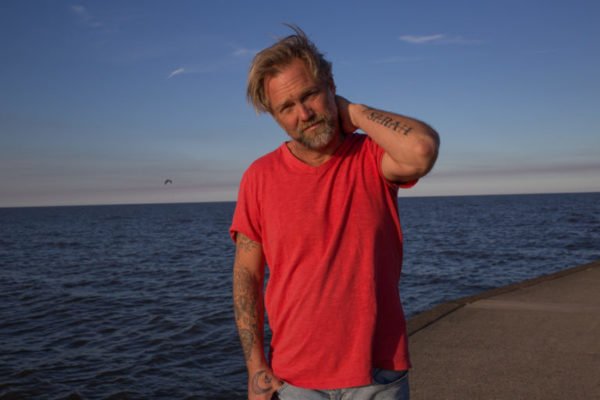 The Swedish-born Anders Osborne left home at the age of 16 to begin a musical odyssey that eventually landed him in The Big Easy in 1985. There he developed a deep understanding of the blues, rock, and New Orleans funk. From his adopted hometown, he produced hits for the likes of Keb’ Mo and Tim McGraw and released his first album in 1989.

At age seven, Osborne and his family moved from Uddevalla, Sweden, to Island of Gotland in the Baltic Sea a place known for its artist-friendly atmosphere, ancient architecture, and serene landscape, made famous by resident and famed movie director Ingmar Bergman.

Osborne’s father, a professional drummer who toured northern Europe with various jazz and popular rock bands throughout the 1960s, would bring home early reel-to-reel bootleg recordings of his contemporaries such as Little Richard, Fats Domino, Clifford Brown, Miles Davis, “Cannonball” Adderley, Bobby Womack and the Valentinos, John Coltrane, Jimmy Smith and Charlie Parker. Listening to all of that music paved the way for Anders, an aspiring young artist, who began his career playing drums, piano, guitar, and singing in local groups, performing his own compositions, as well as songs by singer-songwriters of the time, including Van Morrison, Neil Young, and Bob Dylan.

Though based in New Orleans, the musician has fans all over the globe, from touring non-stop, as well as through a heralded collaboration with the North Mississippi All Stars.

Anders Osborne has once again been on the road virtually non-stop since late-August starting at the Fiver City Roots Festival in Missoula, Montana.