The Telluride Film Festival and Telluride’s five-star Wilkinson Public Library are pleased to launch the 19th edition of  “Cinematheque” at the Library. From Luis Buñuel to Guillermo del Toro (TFF #44 festival guest with his new masterpiece, THE SHAPE OF WATER), from magical realism to documentary, this four-part series explores the landscape of Mexican Cinema and the profound impact it has had on the world of film.

The series begins with LOS OLVIDADOS (1950, Unrated, 80 minutes) on Monday, October 2, 6 p.m. at the Library. Free to all. Light refreshment provided.

Scroll down for more about the evening’s entertainment. 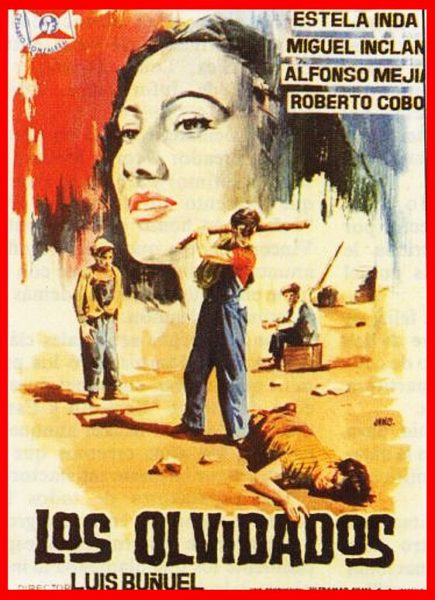 Cinemateque #19 series begins with Luis Buñuel’s LOS OLVIDADOS (aka THE FORGOTTEN ONES or THE YOUNG AND THE DAMNED). Winner of two Cannes Film Festival awards (Best Director and Grand Prize), the film was Bunuel’s first international box-office success and the beginning of what would turn out to be his most creative period.

LOS OLVIDADOS is about a group of destitute children living in a Mexico City slum and their hardships: poverty, gang violence, family, one another and society at large.

One of the more lasting images of the film is the clash-of-cultures shot of a brand new skyscraper rising above the tormented neighborhoods where everyone is just trying to survive.