Guillermo del Toro came to Telluride, specifically to the 2017 Telluride Film Festival, and conquered, winning hearts and minds with his most recent masterpiece, “The Shape of Water,” our bet for a sure recipient of an Oscar nod. (Go here to read our review. ) Now, as part of its Best of Mexican Cinema, Cinematheque, a collaboration between the Telluride Film Festival and Telluride’s Wilkinson Public Library, presents another del Toro tour de force: “Pan’s Labyrinth.” Del Toro is clearly fond of monsters. And he makes monster hits.

Scroll down to watch the trailer. 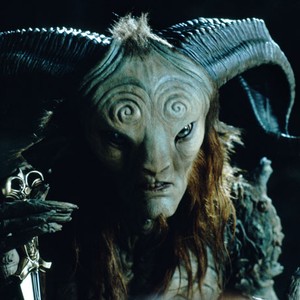 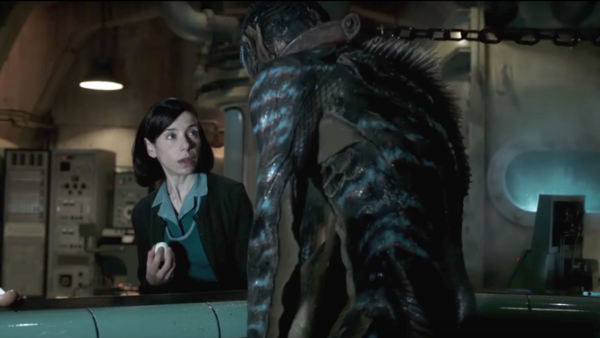 Monster (and his love interest) from “The Shape of Water.”

“PAN’S LABYRINTH is one of the greatest of all fantasy films, even though it is anchored so firmly in the reality of war,” wrote Roger Ebert, “Guillermo del Toro (born 1964) is the most challenging of directors in the fantasy field because he invents from scratch, or adapts into his own vision … born in Mexico, he has worked there and overseas, like his gifted friends and contemporaries Alfonso Cuaron (born 1961) and Alejandro Gonzalez Inarritu (born 1963). Isn’t it time to start talking about a New Mexican Cinema, not always filmed in Mexico but always informed by the imagination and spirit of the nation?”

Telluride Film Fest #44 guests del Toro and Inarritu sat on stage for a Q&A at the Werner Herzog Theatre this summer in Telluride to discuss the former’s newest masterpiece, “The Shape of Water.” The Telluride Film Festival and Wilkinson Public Library are pleased to continue the conversation with del Toro’s “Pan’t Labyrinth” in the “Best of Mexican Cinema”edition of TFF Cinematheque at the Wilkinson Public Library.

From magical realism to documentary, this four-part series explores the profound and beautiful impact our southern neighbors have had (and are having) on the world of film.

“Pan’s Labyrinth” takes place in 1944 Spain. Young Ofelia (Ivana Baquero) and her ailing mother (Ariadna Gil) arrive at the post of her mother’s new husband (Sergi López), a sadistic army officer who is trying to quell a guerrilla uprising. As she explores an ancient maze, Ofelia encounters the faun Pan, who reveals to her that she is a legendary lost princess and must complete three dangerous tasks in order to claim immortality.

“The brilliance of ‘Pan’s Labyrinth’ is that its current of imaginative energy runs both ways,” wrote The New York Times, “If this is magic realism, it is also the work of a real magician…(Guillermo del Toro) uses the feverish inventiveness of a vulnerable child’s imagination as the basis for his own utterly original, seamlessly effective exploration of power, corruption and resistance.”