We now know for sure where Little Bo Peep’s charges got off to.

Only several days into New Zealand and there is absolutely no doubt. 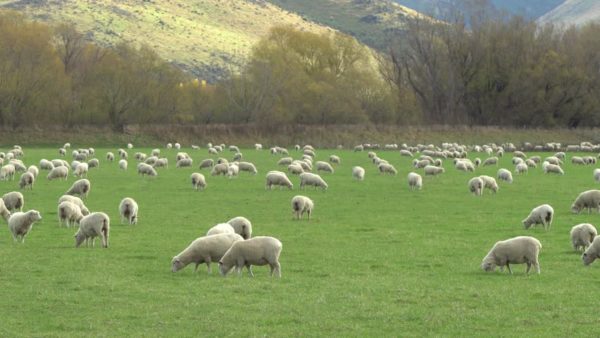 Sheep salted the landscape, 50 shades of green, as we continued on our Kiwi adventure south from our home base in Tauranga to our next stop, Napier.

Founded in 1855 by the government, Napier, formerly known as Ahuriri, (Maori for “gift from the sea”), was renamed after Sir Charles Napier, the commander-in-chief of British forces in India. It is Hawke’s Bay’s oldest town.

Then again, it has always been about the journey, not just the destination and our pilot-guides from our magical White Island tour recommended a stop en route: Huka Falls.

And with good reason. 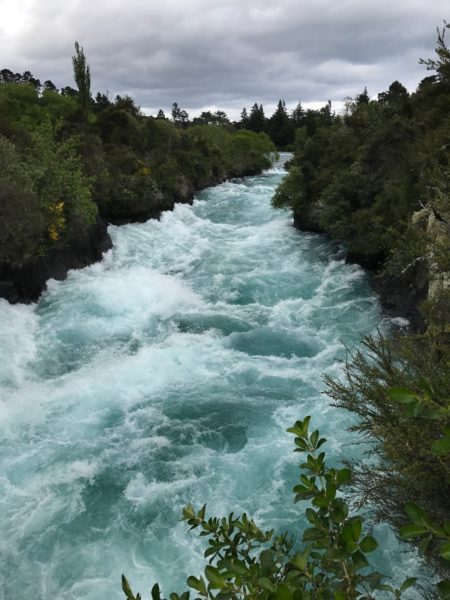 “Huka” is the Maori word for “foam,” perfect, because the falling water and roiling rapids resembles foam – on steroids – and here is why.

The Waikato is one of New Zealand’s longest rivers. It drains Lake Taupo, the largest freshwater lake in all of Australasia.

At Huka Falls, the Waikato, normally up to about 328 feet wide, abruptly narrows to just under 50 feet as it crosses a hard volcanic ledge, causing a ginormous volume of water to collide and form rapids. We are talking 58,000 gallons per second pouring over a cliff face, which first rushes under a pedestrian bridge, then bursts out of its rapids over the 36-foot falls before chilling out and heading back into the Waikato – or, in other words, high drama.

After a lunch stop in Taupo at the Spoon and Paddle Cafe (farm-to-table, highly recommended), about 2 1/2 hours later, we arrived in Napier, a phoenix of a town – literally: it rose gracefully from its ashes.

On February 2, stylish Napier locals were having fun in the sun, strolling the city’s Marine Parade, bathing in the ocean, canoe-racing off the beach.

But the very next morning, on February 3, 1931, their world was turned upside-down. 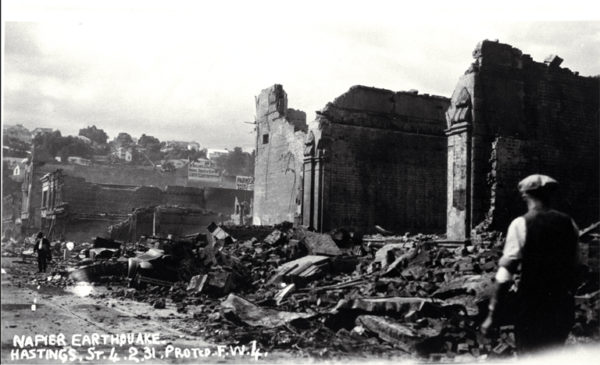 A magnitude 7.9 earthquake flattened homes and buildings, the town’s brick and wooden structures. Fires broke out everywhere. About 250 people died and hundreds of others had to be evacuated during what remains New Zealand’s worst natural disaster. The quake caused the surrounding sea bed to lift 2+ meters, providing rich land fill. 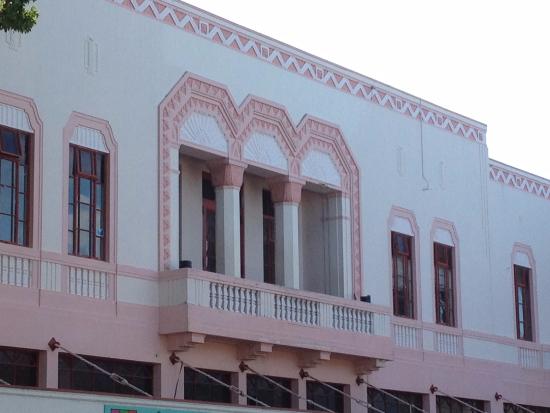 One of many Art Deco buildings in Napier.

We began our stay in Napier doing what most tourists in the area should do: a late-afternoon walking tour, followed by a preprandial cocktail in the comfy ambience of the Churchill Champagne and Snug Bar in town’s iconic County Hotel. (Yes, the name is twee, but the venue is warm and friendly. Highly recommended.) 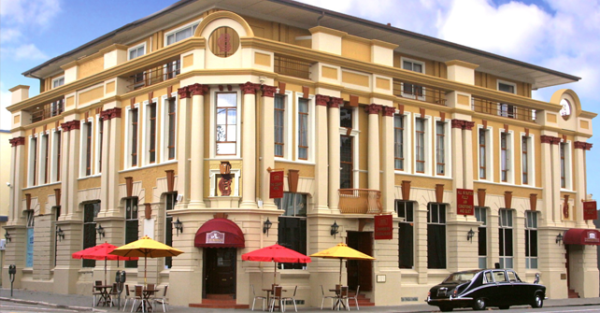 Following the quake, the country, even the world, pitched in, rebuilding Napier largely as an Art Deco wonder, but with some structures influenced by Frank Lloyd Wright’s Prairie School – Wright and Louis Sullivan purportedly consulted after the quake – and the Spanish Mission style, both of whose more subdued lines interrupt the signature pastel geometry of the town. 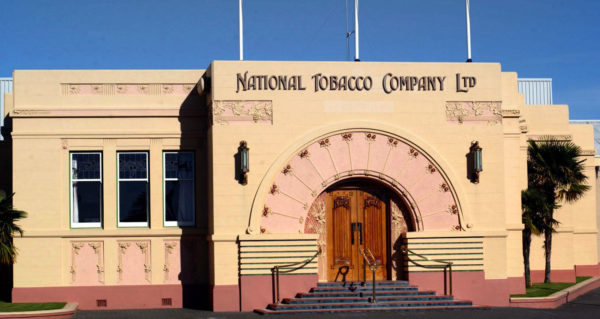 However, we like to travel off piste, so the following day we closed our guide books and followed an itinerary suggested by a new Kiwi friend.

Emma’s advice included a stop at regular local hang, the Farmer’s Market in Hastings, separated from its rival and neighbor by orchards and vineyards. There the bounty of the region was on full display, a cornucopia of fruits, veggies, cheeses, nuts, meats, sweets, wines and beers. 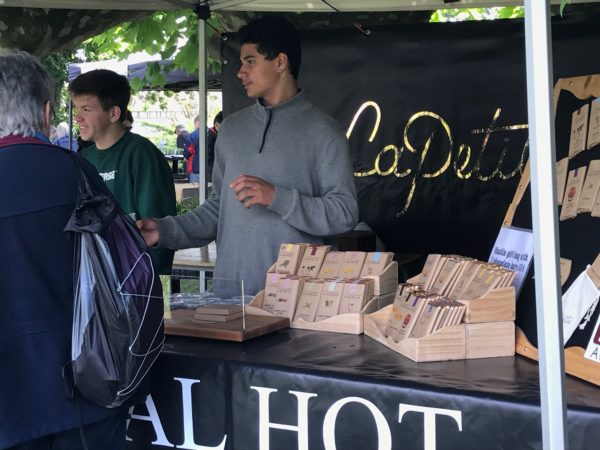 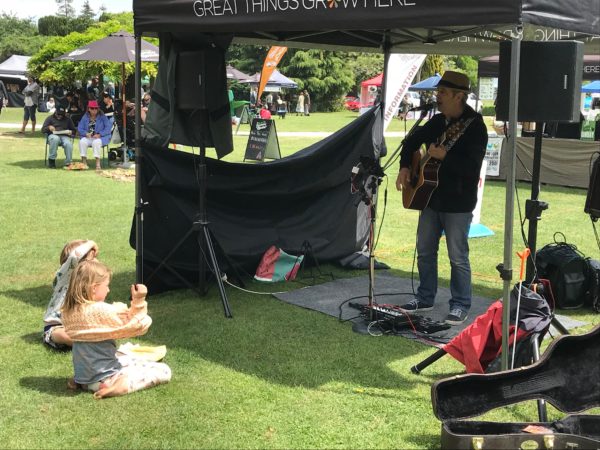 To work off our lunch on the park grounds, we set off to Te Mata Peak at the western boundary of the wine-producing Heretaunga Plains.

Te Mata stands at about 1300 feet above sea level, a relatively easy walk in the park for Telluride locals, nevertheless the panoramic views from the summit – Ruahine, Kaweka and Maungaharuru Ranges and Cape Kidnappers, the valley and town below – are well worth the (relatively minimal) effort. 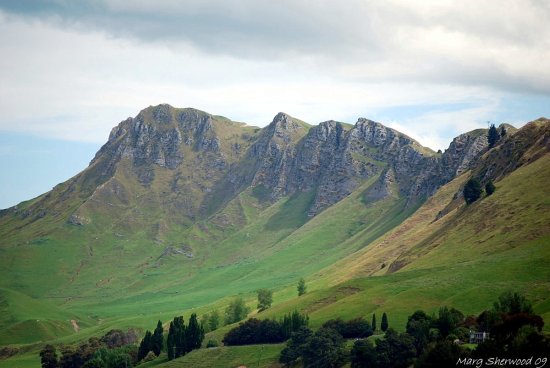 Te Mata Peak, or, in Maori, The Face of Rongokako.

Go here to read about the legend of Te Mata. 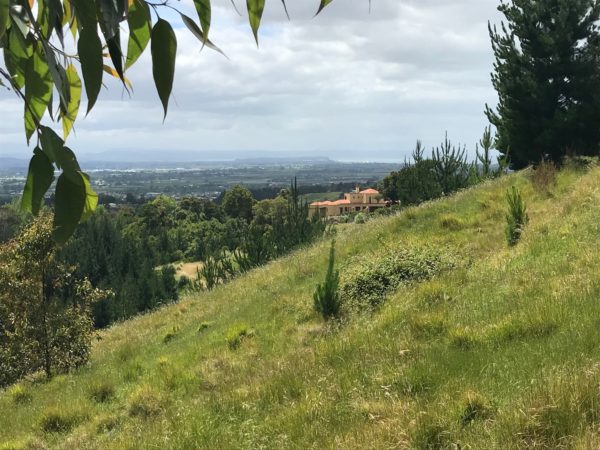 Te Mata, view of Napier from on high.

Hastings pastoral farms are the legacy of Victorian settlers who laid claim to huge tracks, among them, the McCutcheon clan.

We met Janine McCutheon on our stop at Craggy Range, a memorable pause to refresh – wines, building and grounds – on the very brief wine tour we took after our hike. 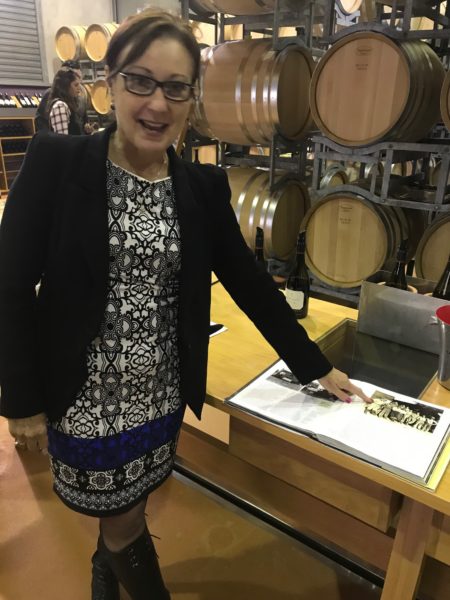 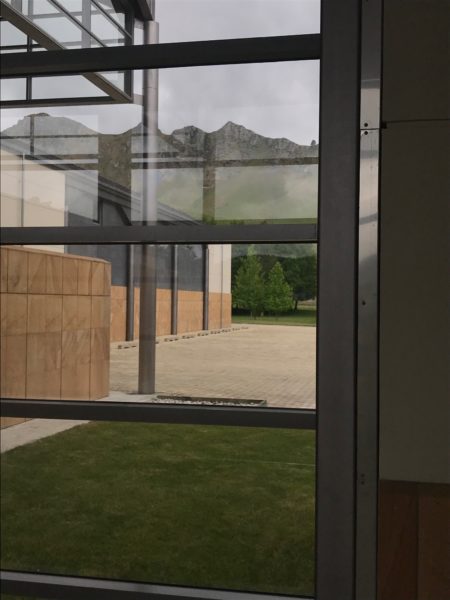 The other stop locals told us not to miss was Elephant Hill, also on the Te Awanga coast, aesthetically very different, but just as visually stunning as Craggy Range. As it turned out, both wineries were designed by the same talented architect, a New Zealand local named John Blair. 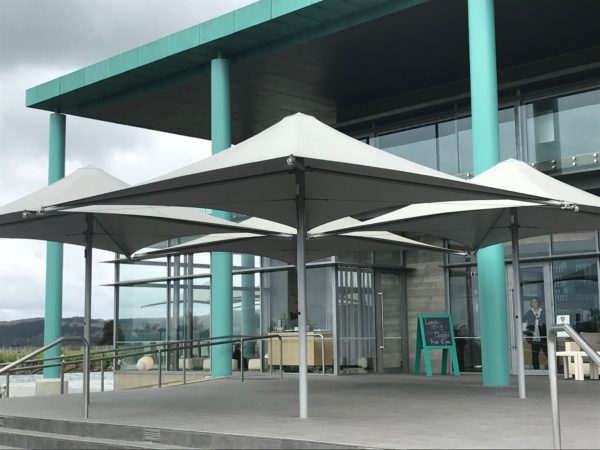 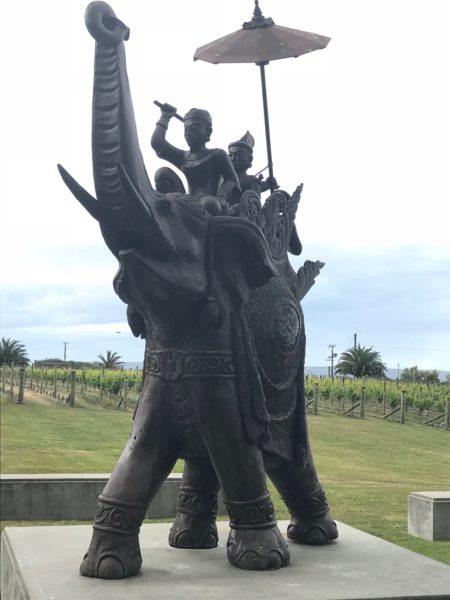 Janine’s great grandparents landed their boat in Napier in 1877 and raised 15 children, all born in the province. An uncle was the first white baby (or Pakeha, Maori for European) to be registered in the North Island’s Central Plateau. Janine, who once danced with the New Zealand National Ballet and traveled the world, returned home to become a private tour guide in the Hawke’s Bay area through her company, Bespoke. The afternoon we met, Janine was hosting newlyweds Debra and Brian from New York. Based on our brief conversation, Janine is well worth digging deep into your wallet if you want to tour Hawke’s Bay in style.

Grape vines were first planted in the Hawke’s Bay in 1851 by Marist missionaries. Their legacy is Taradale’s historic Mission Winery, where thanks to Janine, we were able to bag a last-minute dinner reservation on the historic site where it all began in 1851. 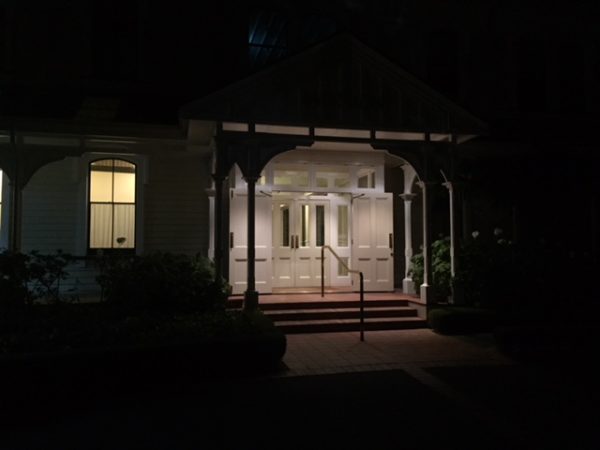 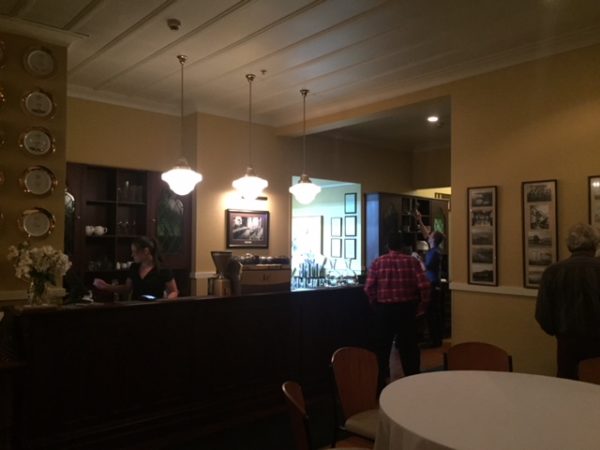 Where to eat in Napier: Don’t miss the chance to enjoy a meal at Mister D, “a little bit country and a little bit rock & roll.” The produce is local and fresh; the wine list, extensive.

And if you are going to be in Hawke’s Bay, also book Pacifica  – but well in advance. Its chef, Jeremy Raymaka just won New Zealand’s 2017 Chef of the Year Award.

If you are into experiments with food, very creative presentations, we also heard Bistronomy is lots of fun.