Please scroll down to watch the official trailer of “The Wind Rises.” 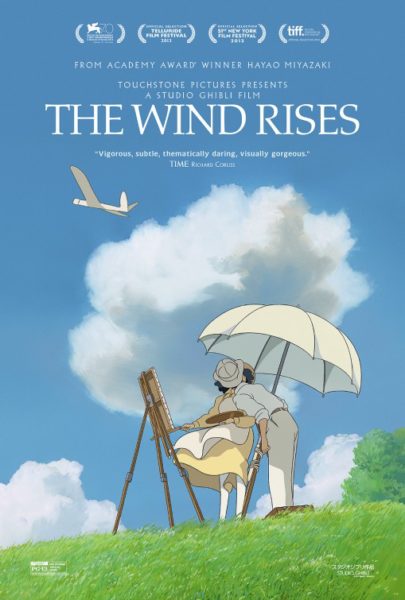 Hayao Miyazaki’s extraordinary animated tale is based on Jiro Horikoshi, a real Japanese historical figure responsible for creating the infamous and lethal “Zero” fighter during the first years of WWII.

The story follows Jiro from a young boy in a provincial Japanese town who dreams of flying airplanes through his journey as a sought-after aeronautical enginee, and through the heartbreak surrounding the sweet love of his life.

“To see ‘The Wind Rises’ is to simultaneously marvel at the work of a master and regret that this film is likely his last,” wrote the LA Times, “Always determined to tell his kind of stories his way, Miyazaki has returned to subject matter close to his heart — the joy and romance of airplanes and flight.”