The 45th Annual Telluride Bluegrass Festival takes place June 21-June 24. The event is completely sold out. But tune in to the live Festival stream at www.koto.org. And learn more about other Planet Bluegrass festivals at www.bluegrass.com.

Leftover Salmon brings down the curtain on Saturday night. Please scroll down to check out an interview with the band’s co-founder and multi-instrumentalist Drew Emmitt, who has performed at the Festival for 23 of its 45 years in business.

“When I hear Leftover Salmon, I’m immediately transported to the open air of Colorado’s high country. They’ve found a musical space that balances party energy with the emotional depth of a life well-lived. In particular, there’s a rich chemistry to this current Leftover Salmon lineup – rooted in the masterful (and well-schooled) jazz improvisers of bassist Greg Garrison, drummer Alwyn Robinson, and keyboardist Erik Deutsch. Their new album Something Higher is their best release in years, with Vince’s gorgeous ‘Southern Belle’ and Drew’s yearning ‘Places’ both striking deep notes for me,” said Brian Eyster, marketing guru, Planet Bluegrass. 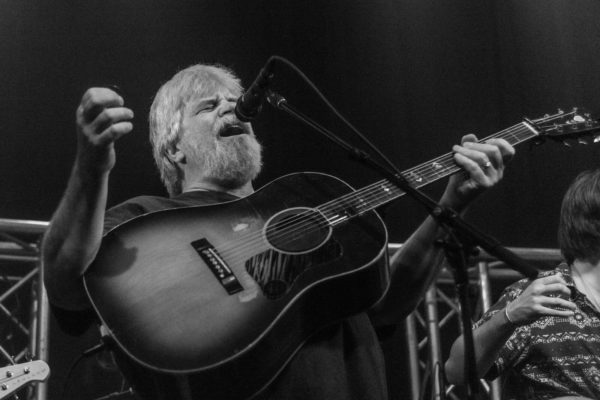 Drew Emmitt, co-founder, Leftover Salmon. He has played Telluride Bluegrass for 23 years, starting with the Left HandString Band in 1990.

It’s almost as if they come back annually to spawn.

And with good reason: the band’s Colorado and Telluride roots run deep.

Drew Emmitt, one of the three founding members of Leftover Salmon, channels Telluride Bluegrass mainstays Sam Bush and David Grisman every time he steps on to a stage. And he got his professional start at an early age in his hometown of Boulder, Colorado, taking lessons from another Planet Bluegrass/Telluride favorite son, Tim O’Brien.

Deceased bangoist Mark Vann was asked to join the band after Leftover Salmon’s Vince Herman saw him win a banjo contest in Telluride.

Convinced by Herman and Emmitt to leave his New York home and carpentry business, Vann and his wife drove to Colorado, where he joined Emmitt’s Left Hand String Band – which later combined forces with The Salmon Heads to become Leftover Salmon at a New Year’s Eve party back in 1989.

Soon Leftover Salmon’s distinctively quirky and original musical personality took shape around mandolin/guitar/fiddle player Emmitt and Herman’s front-man persona that to this day allows him to lead each show like a badass Pied Piper. The addition of innovative banjo powerhouse Vann allowed Leftover Salmon’s unique and uncommonly compelling style to coalesce around a three-headed monster.

With the combination of the Left Hand String Band’s bluegrass tendencies and the Salmon Heads’ old-timey, Cajun and zydeco-inspired lunacy, it is easy to step back and see Leftover Salmon as the rebellious child of Hot Rize, one of Tim O’Brien’s incarnations, and New Grass Revival, Sam Bush’s original group – with a healthy side of Beausoleil thrown in for good measure.

What’s more, Leftover Salmon is considered among the leading architects of the genre known as jamgrass, which translates to any band clearly schooled in the traditional rules of bluegrass which happened to break free of the rules by using non-traditional instrumentation combined with an innate ability to push songs in new, more psychedelic directions.

And then jamgrass created an altogether new opportunity for bands such as The String Cheese Incident, Yonder Mountain String Band, Railroad Earth, Greensky Bluegrass, The Infamous Stringdusters and countless others, all of which became Telluride regulars.

In fact Greensky Bluegrass is the Friday night closer. And Leftover Salmon brings down the curtain Saturday night, June 23, with a Main Stage set that runs 11 – 12:30 p.m. 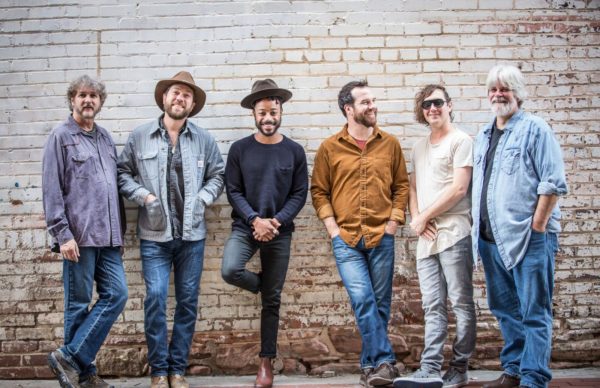 That rhythm section – Robinson, Deustch and Garrison – pushes the front line – Emmitt, Herman and Thorn – in new directions, the band collectively then finding new spaces and sounds within their extensive and still-growing catalog, as in the group’s latest release, Something Higher, the title, a nod and a wink to the fact Leftover Salmon has launched a line of cannabis products.

“Elements of bluegrass, rock, R&B, and even electronic influences are married into one exciting masterpiece of an album, that feels different, yet still cohesive,” raved DC Music.

“…It’s clearly not the first time that the members of Leftover Salmon have collectively shared the songwriting duties, but there’s a cohesiveness in this latest exploration that finds Leftover Salmon comfortably holding its place in the moving currents of cosmic-minded roots music. The band can still get as crazy as they did on their 1992 debut Bridges To Bert, and they can still furiously pick with patented relaxed precision, but on Something Higher the legendary group reminds listeners that we could all use some reflective thinking amidst it all,” wrote Marquee Magazine.

“…If you consider yourself a music lover of any kind, Something Higher is a must-hear. Themes of travel, love, mountains and spring are ever present, while the overall theme of reaching for “something higher” reigns supreme. Leftover Salmon remains unparalleled…,” wrote Ragin’ Review.

“…Their brand-new album is aptly titled Something Higher, working an epically vamping, stylistically puddle-jumping blueprint that the Grateful Dead refined at their majestic, early 80s peak. Yet this version of Leftover Salmon are also a lot tighter than the Dead ever were,” said a critic for the New York Music Daily, after seeing the band perform at Bowery Electric, a small venue in the Big Apple.

Leftover Salmon are direct descendants of bands like Little Feat, the Dead and The Band – also the aforementioned Hot Rize and New Grass Revival, Sam Bush’s outfit, which performed at the nascent Telluride Bluegrass Festival in 1975.

Having dipped deep into well of rock ’n roll, folk, bluegrass, Cajun, soul, zydeco, jazz and blues, the band is well-established as central to the Americana genre today, continuing to play music that reflects sounds that emanate from the Appalachian hills, the street of New Orleans, the clubs of Chicago, the plains of Texas – and the mountains of Colorado.

Which at least in part explains how an outfit on the road for nearly 30 years remains a giant on the roots music circuit today, skills – and antics – still on full peacock at every single show.