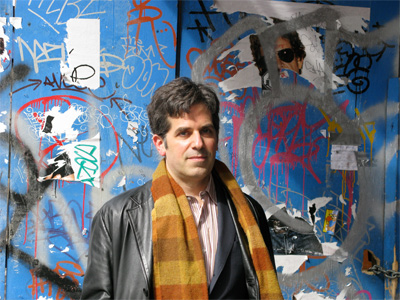 Telluride Film Festival organizers annually select one of the world’s groundbreaking artists to join them in the creation of the Festival’s program lineup. The Guest Director serves as a key collaborator in the Festival’s programming decisions, bringing new ideas and overlooked films to Telluride. In keeping with Telluride Film Festival tradition, Jonathan Lethem’s film selections, along with the rest of the Telluride lineup, will be kept secret until Opening Day.

“Tom and I first met Jonathan through Criterion Collection,” said Telluride Film Festival executive director Julie Huntsinger. “Since then, we have forever been impressed with his knowledge of and enthusiasm for cinema. We are thrilled to have him join us for the 2018 Festival!”

In 2005, Jonathan Lethem was the recipient of a MacArthur Genius Fellowship.

“From the very beginning for me, my love for literature and my love for film were splendidly mixed-up and inextricable,” said Lethem. “I always saw the two great 20th-century storytelling forms as speaking to and through one another. So, when by my great good luck I fell in with Tom Luddy and Julie Huntsinger, I immediately recognized them as being of my tribe; they feel the same resonance and have designed their wonderful festival in the mountains to reflect it. When I learned they’d involved writers I admire like Michael Ondaatje and Rachel Kushner and Geoff Dyer in the heart of the program, I was thrilled – and envious! I’m still pinching myself in disbelief that it’s my turn to play at programming the Dream Multiplex.”

FilmStruck is the exclusive streaming home to the Warner Bros. classic film library and the Criterion Collection.

FilmStruck was developed by Turner Classic Movies (TCM) and is managed by TCM in partnership with Warner Bros. and the Criterion Collection.

The prestigious Telluride Film Festival ranks among the world’s best film festivals and is an annual gathering for film industry insiders, cinema enthusiasts, filmmakers and critics. TFF is considered a major launching ground for the fall season’s most talked-about films. Founded in 1974, Telluride Film Festival, presented in the beautiful mountain town of Telluride, Colorado, is a four-day international educational event celebrating the art of film. Telluride Film Festival’s long-standing commitment is to join filmmakers and film connoisseurs together to experience great cinema. The exciting schedule, kept secret until Opening Day, consists of over two dozen filmmakers presenting their newest works, special Guest Director programs, three major Tributes to guest artists, special events and remarkable treasures from the past. Telluride Film Festival is a 501 (c)(3) non-profit educational program. Festival headquarters are in Berkeley, CA.