Please scroll down for a taste of what’s to come. 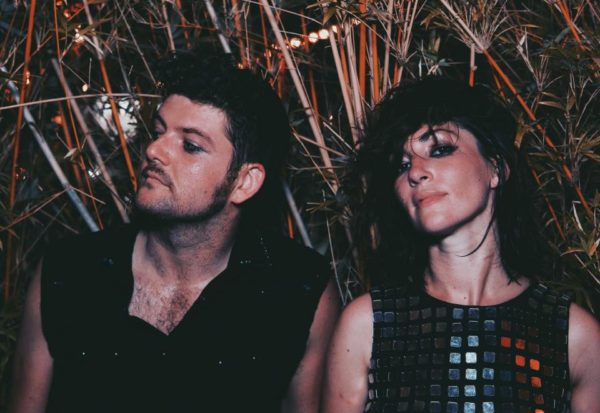 The Kolars is a band based in Los Angeles. Their sound is variously described as Desert Disco, Space Blues and Glamabilly. Founded by musicians Rob Kolar and Lauren Brown, both former members of folk group He’s My Brother She’s My Sister.

“Kolars are one of the most compelling acts to hit the rock music landscape in recent memory. They serve up a delicious mix of distinctive music that is best described as Rockabilly Dance, or perhaps Danceabilly. And, as I witnessed earlier this week, they deliver an incendiary live show. Sadly, I only had the chance to share this vibrant experience with a dozen or so of Orlando’s most discerning music fans, because the crowd at Will’s Pub was weak. That intrepid dozen had the good fortune to witness an uber-talented duo just oozing with raw energy and potential. Kolars are a husband-wife pairing with an innovative approach to creating compelling rock music. Rob Kolar is the guitarist vocalist with a definite rockabilly flair, while Lauren Brown adds some of the most creative percussion I have ever seen…,” raved Raras Farm’s Music Blog.

And this from The Young Folks:

“Need some music and more vibrancy in your life? Add more KOLARS in it. (Sorry, we had to.)

If you’re someone who likes to pretend literally everything in front of you is a drum set or you just like to rock out to infectious tunes, keep on reading. Together, Rob Kolar and Lauren Brown make up KOLARS who has been described as having upbeat disco rock and twangy rockabilly, which we fully agree. In 2017, they released their debut self-titled album and now they’re continuing riding the wave closing out their Spring tour later this month in Los Angeles.

Best you do see them live when you have a chance. It’s something you need to see. We say this even though we have yet to see them perform but it seems like a fun time considering listening to a few of their tracks. Plus, hearing that Lauren uses her whole body as a percussive instrument as she tap dances out a rhythm while playing a stand-up kit, we need to see IRL…”