“…I wonder if old Irving ever wrote him a song ’bout blowed out country and a marriage gone wrong…”, Ian Tyson 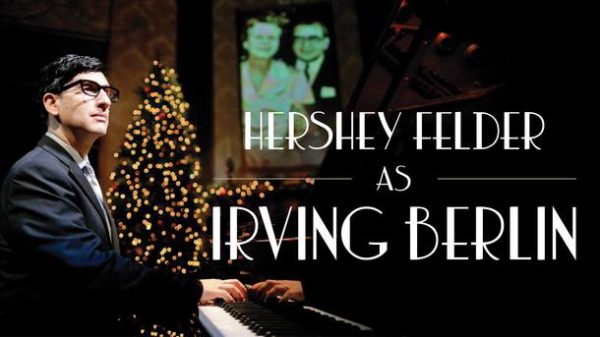 Irving Berlin’s music is synonymous with theatre (he scored 20 original Broadway shows) and now thanks to the writing, acting and musical ability of Hershey Felder, he is being immortalized in theatre.

We saw “Hershey Felder as Irving Berlin” (59E59 Theaters, through October 28, 2018) on a full-house Saturday night, and we, along with the whole audience, responded enthusiastically to the story of the Russian Jewish immigrant boy who largely wrote the canon we now refer to as “The Great American Songbook.”

Our daughter Kimm and son-in-law Michael had seen the production pre-New York opening in Seattle and, knowing my appreciation of Irving Berlin’s music and the American Songbook, strongly recommended we see the show on an upcoming trip to the city.

How right they were.

Felder opens on the small stage set to look like Berlin’s East Side apartment at Christmas time, talking as Irving Berlin’s younger self to an empty wheelchair which represents the old man. Not a Clint Eastwood moment. Quite effective. 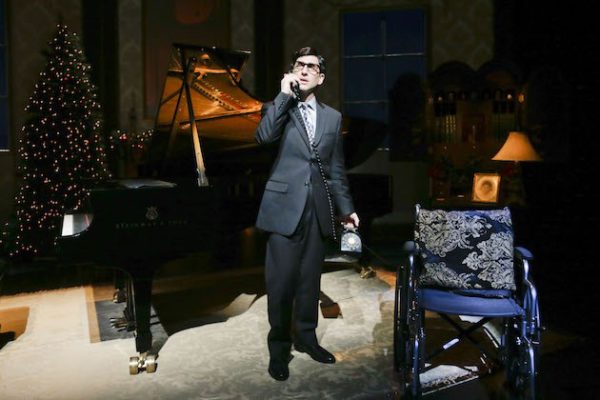 From there it becomes a narration of the journey beginning with a family escaping the pogroms in late 19th- Century Russia to a life in the ghetto in New York to a fatherless child making a life in the streets to singing waiter to the young adult who wrote the standards we in the crowd were encouraged to sing along with: “White Christmas”, “God Bless America”…

At the beginning of the play we see the unhappiness of the old songwriter with the lack of understanding of people of where the music comes from. Hershey Felder as the younger Irving Berlin then proceeds to educate us, linking the songs to the loves of his life and losses, the patriotism and love of his adopted country that resulted in over 1500 tunes that inspired the beloved standard, “White Christmas”  – which has sold over 100 million copies in Bing Crosby’s version alone!

In the show Felder not only plays the Steinway Concert Grand Piano, but calls up the voices of Irving Berlin, Kate Smith, Ethel Merman, all of whom helped popularize the master’s music.

The evening was a wonderful tutorial showing how Irving Berlin became Irving Berlin, and a musical treat showcasing the songs that those of us of a certain age can still sing along with. We know them by heart.