The Telluride Film Festival and Telluride’s five-star Wilkinson Public Library are teaming up again for another Cinematheque. A free series for the cinephile at heart, patrons are treated to food and lively discussion at each of the four Monday night screenings in the library’s Program Room. The upcoming fall/winter film study will dive into seminal works by the great director Hal Ashby. 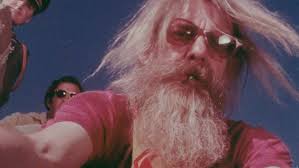 Programming for “The Director Retrospective” begins Monday, November 12,  6- 8 p.m., with HAL (90 minutes), a 2018 documentary that screened at the 45th Telluride Film Festival.

“In one nine-year span, Hal Ashby conceptualized, helped write, directed and edited the deepest filmography of the 1970s. His seven films, including HAROLD AND MAUDE, COMING HOME and BEING THERE, each demonstrate a soulfulness, emotional sophistication, social awareness and sense of humor. (Director) Amy Scott explores Ashby’s glorious explosion of creative expression, investigating his tragic youth, his indoctrination into cinema (he won an Oscar for editing IN THE HEAT OF THE NIGHT), his on-set egalitarianism (even a production assistant might have a good idea) and his remarkable strength of will, which allowed him to fight for control with studio heads and win … until he didn’t. Filled with fantastic clips and heartfelt interviews, this is an essential addition to our film history,” wrote Jason Silverman of the Telluride Film Festival.

Following the documentary introduction to Hal Ashby, the series will go into some of his most acclaimed works.

Ashby’s first foray into his burgeoning role as Director (he was formerly an editor), “The Landlord” revolutionized the way racism was portrayed in American cinema: with honesty.

“Instead of staying on that safe, predictable level, it begins to dig into the awkwardness and hypocrisy of our commonly shared attitudes about race,” wrote Roger Ebert of the Chicago Sun Times.

Elger Winthrop Enders (Beau Bridges) is a rich society kid approaching his 30th birthday. He decides it is time to move away from his parents’ home and purchases a tenement house in a Brooklyn ghetto because (as he says while relaxing beside the family pool), “everyone wants a home of his own, you know.”

Upon its 1970 release, The New York Times described “The Landlord” as “a wondrously wise, sad and hilarious comedy.”

In another article published by The New York Times 37 years later, journalist Mike Hale wrote an article called “Before Gentrification Was Cool, It Was a Movie.” He praised Ashby’s film for tackling racial tension head on and wrote in surprise how the film, “…would disappear after its 1970 release – rarely shown and just as rarely discussed.”

Screenings for January and February will include HAROLD AND MAUDE (1971, 91 minutes, Rated PG), about the love between a suicidal young man of about 20 and an almost 80-year-old widow, and BEING THERE (1979, 130 minutes, Rated PG), on Roger Ebert’s list of “Great Movies” and featuring the mesmerizing Peter Sellers.