All shows at Telluride’s Club Red are produced by Denise Mongan of Beyond the Groove Productions, with major support from Telluride Ski & Golf, the Telluride Conference Center, Inn at Lost Creek, and the Peaks Resort and Spa. For more information, go here.

Over the winter season 2018/2019, Beyond The Groove presents The Floozies, The Motet, JJ Grey & Mofro, with more shows to be announced. The season begins with an encore performance by Cory Henry & The Funk Apostles on Thursday, December 27, 2018.

Scroll down for a preview of what’s in store.

The show is open to all ages, with doors opening at 8 p.m. and the music at 8:30 p.m. Tickets start at $35 for general admission with preferred seating tickets available at $50, $60 and $79 for an exclusive VIP Meet & Greet Experience featuring early entry, a photo opportunity with Cory, a masterclass led by Cory focusing on soloing, writing, and finding your voice as a musician, signed journal and a commemorative laminate. 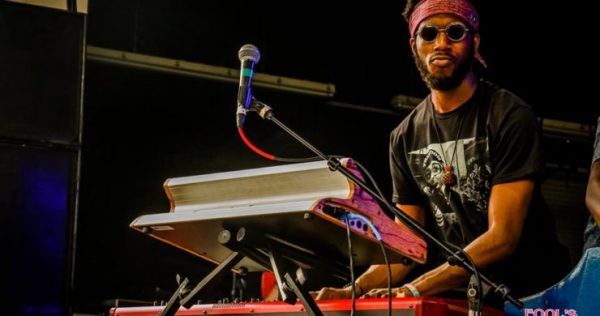 Cory Henry & The Funk Apostles return to Colorado after triumphant debut over the 2018 Telluride Jazz Festival weekend. The band is slated for a Telluride encore on Thursday, December 27, at Club Red in Mountain Village.

The three-time Grammy-winning pianist, singer, and composer has toured with the likes of Bruce Springsteen and Diddy and The Roots. Since debuting at the tender age of six on the hallowed stage of New York’s Apollo Theater, this profoundly talented keyboardist managed to garner an array of Grammys for his work with Snarky Puppy.

With his new group of handpicked musicians, The Funk Apostles, Cory Henry stretches the boundaries of what funk should sound like and where it can take the listener. The band unleashes driving grooves as a platform for inventive, but still in-the-pocket improvisations. Their fresh takes on classics like Marvin Gaye’s “What’s Going On” stud their set list.

The Funk Apostles is Cory Henry’s newest passion and project, comprised of five of the world’s best musicians, hand-picked to bring his latest musical concepts to life. Currently on tour, The Funk Apostle has been featured on “The Tonight Show with Jimmy Fallon,” BBC’s Proms Quincy Jones Tribute, National Public Radio, and The New York Times Facebook Live with Erykah Badu, among other high-profile media outlets.

Henry’s solo wizardry and charismatic persona have garnered millions of views via YouTube and other social platforms, giving birth to a rabid fan base excited for what’s next. The upcoming self-titled Cory Henry and The Funk Apostles album exhibits Henry’s vocal talents and emphasizes the new sound and vibe he wants to put out to the world: “We are on our way. Tell Everybody. How many bodies? Everybody!”

ABOUT CLUB RED: Named by Skiing Magazine as one of ski country’s best concert venues, Club Red aims to bring a wide variety of crowd-pleasing entertainers to Telluride, Colorado. With Telluride, serving as a hotbed for national touring acts, Club Red adds another layer as an intimate music venue where guests can get up close and personal with the musicians.

For more information or to purchase tickets, visit www.clubredtelluride.com.