Mountainfilm 2019 is scheduled for May 24 – May 27 in Telluride. Cheryl Strayed is guest director. (More on the celebrated author and her role here.) The Symposium theme is “Equity.” (More on that program here.) Early Bird passes have sold out, but regular passes and tickets can be purchased here.

Or you can volunteer. Anyone is qualified who is 18 years or older and willing to smile endlessly; get his or her hands dirty; problem solve; work hard; and commit to a four-day weekend of engaging with filmmakers, climbers, adventurers, writers, artists, environmentalists, activists, and concerned citizens of the world. In exchange for approximately 20 hours of work, volunteers receive a Palmyra Pass, which includes access to the Moving Mountains Symposium and entry to the Closing Picnic & Awards Ceremony. Go here for more. 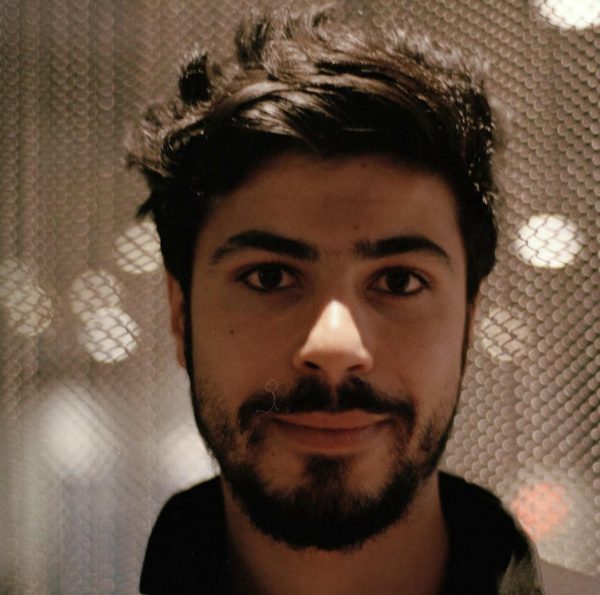 Mountainfilm has selected New York City-based filmmaker and journalist Ahmed Mansour as its 2019 Emerging Filmmaker. Mansour will be the recipient of a year-long mentorship, festival networking and outreach assistance as part of the fellowship.

Mountainfilm launched the Emerging Filmmaker Fellowship in 2018. The initiative aims to give promising filmmakers a much-needed leg-up early in their careers through resources such as industry connections and storytelling assistance.

Mountainfilm Festival Director Suzan Beraza said the initiative is another way for Mountainfilm to support the filmmakers whose work is foundational for the festival.

“Without film, we have no festival,” Beraza noted. “Filmmakers provide our content and the roots of who we are. This fellowship is our way of supporting the next generation of talent.”

The initiative was launched as a way to focus Mountainfilm support specifically on filmmakers early in their careers. Mountainfilm already gives Commitment Grants each year to help creative individuals tell stories that align with the nonprofit’s mission. But as word has spread and the grants program has grown in profile, the pool of applicants has increased in both number and quality.

That’s a great scenario for Mountainfilm, but it also makes the process more competitive, particularly for less-established filmmakers.

And, as Beraza knows from personal experience, a show of support from a high-profile organization can make a world of difference for a first-time filmmaker.

“Once you get that sort of support, it makes it so much easier to continue gathering more funding and recognition,” she said. “It gives credibility to the project.”

Mansour was a 2018 Commitment Grant finalist. Though he did not make the final cut, Beraza said the judges were extremely impressed by his application.

“Ahmed’s film, ‘Brooklyn Inshallah,’ is very strong,” she said. “We thought it was a fresh spin on voter mobilization and how crucial it is to have Arab and Muslim voices at the regional and national political level. It has strong story elements built in with the characters and their backgrounds. The film is partnering with non-profits in targeted communities to organize non-partisan voter drives. This is something Mountainfilm can get behind.”

“I was thrilled when I heard that I was selected,” Mansour said. “These last three years in New York City, I have learned what it takes to get my shot and take my chances, but it’s never easy.”

Mansour is a New York University Arthur L. Carter Journalism Institute (News & Documentary Program) graduate who started working as a fixer for international journalists and filmmakers in his native Palestine. He is a graduate of programs for outstanding Palestinian leaders in both New York City and Washington, D.C., as well as a recent Fellow of the Washington Center for Narrative Studies. Mansour has recently been working as a reporter for the Washington Report on Middle East Affairs as well as completing his documentary first feature film, :Brooklyn Inshallah.:

In addition, Mansour has an amazing personal story of learning the basics of his craft during the 2014 Gaza War.

As part of Mountainfilm’s Emerging Filmmaker Fellowship, Mansour will travel to Telluride for the  festival over Memorial Day weekend. He will receive mentorship support, rough-cut advice and the opportunity to network with Mountainfilm’s connections.

“This is a breakthrough for me and shows my struggle is paying off. It gives me what every emerging filmmaker needs — a platform to produce the best work,” added the young talent.

Established in 1979, Mountainfilm is dedicated to using film, art and ideas to inspire audiences to create a better world. Working at the nexus of filmmaking and action, its flagship program is the legendary Mountainfilm festival in Telluride, Colorado, a one-of-a-kind combination of films, conversations and inspiration. Mountainfilm also reaches audiences year-round through its worldwide tour and Mountainfilm for Students, an educational outreach initiative for youth. Mountainfilm has the power to change lives.