Passes/tickets to the 41st annual Mountainfilm are selling out fast. Act now!

Please scroll down to listen to a podcast with Dr. Michael Sawyer. Dr. Sawyer is moderating Mountainfilm’s symposium on “equity.” 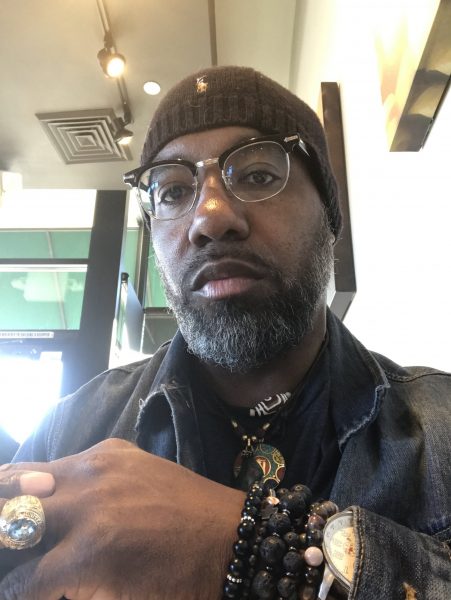 In critical theory derived from social sciences and humanities, the term “subaltern” designates populations which are socially, politically and/or geographically outside of the hegemonic (dominant state) power structure of the “colonial home,” and so are largely denied a voice in their society. Without a seat at the Big Boy table, these populations are, at best, forced to play musical chairs.

They are, in sum, denied “equity” or, according to standard definitions, “the quality of being fair and impartial” or “fairness or justice in the way people are treated.”

People such as those Dr. Carolyn Finney writes about in “Black Faces, White Spaces: Reimagining the Relationship of African Americans to the Great Outdoors.”

And those who occupy Baz Dreisinger’s thoughts. Dreisinger is a professor of English at John Jay College of Criminal Justice who is working broadly to increase access to higher education for incarcerated and formerly incarcerated individuals.

Colombian actor, director and activist Paola Mendoza is known for the films “Entre Nos” (2009), “Sangre de Mi Sangre” (2007) and “A Paso de Mangles.” Her activism is fueled by the hardships she experienced as an immigrant in America abandoned by her father when she was young.

Finney, Dreisinger and Mendoza are among the featured speakers at Mountainfilm 2019’s Moving Mountains Symposium on “Equity,” one of those terms everyone seems to understand at some visceral level, although few share the same definition.

Or, as Dr. Michael Sawyer sums up:

“…as a practical matter, race tends to be the authorizing element of at least one other series of debilitating social phenomena that remain as persistent and insistent: patriarchy, misogyny, and ultimately violence against women.

Again, race is only one element of complication here. There is the imperative of confronting gender, sexuality, and violence against women, in no particular order…”

The quote is from an in-depth article written by Sawyer to be published this spring in The New Yorker about the role of “Blacks” in today’s society. The commentary coincides with the release of a cinematic remix of Richard Wright’s iconic novel “Native Son,” (1940).

Dr. Sawyer appears to have a gift for destabilizing structures of societal marginalization, exposing them through his words – and the words of others. He has written and spoken extensively on equity and subaltern cultures, including Black – the term is his – on subjects ranging from Herman Melville’s complex understanding of race in the Atlantic World and King Queequeg to Native Son’s Bigger Thomas and “Black Panther,” which he contends is really about Erik Killmonger, the arch villain because:

“…Erik Killmonger represents the canary in the coal mine that is a world that is not “post-colonial” but was allowed to develop outside of the context of life under the terms and conditions of slavery, empire, Emancipation, Jim Crow, Segregation, the Civil Rights Movement, Black Power, and the Obama Administration. That being said, and read no further if you haven’t seen the film; Pause: The canary, the Alice in the Wonderland of Wakanda, Erik Killmonger, cannot survive. This fact seems to be the central preoccupation of some of the trenchant criticism of the film and therefore buttresses my argument that the film is about Killmonger and his relationship to his forced separation from his blood right in Africa…”

His unique gifts makes Sawyer the perfect choice to moderate Mountainfilm’s Symposium, especially given the job description of a critic, art or social, is to step up and make the whispered parts audible and translate the coded parts of fuzzy concepts like “equity.”

“We’ll be unpacking this pivotal topic and bringing diverse voices to the table to better represent the changing face of our country,” said Festival Director Suzan Beraza. “Equity as the symposium theme will jumpstart the conversation and propel further examination throughout the weekend.”

And “equity,” Beraza explains, does not rhyme with “equality.” The term clearly describes something deeper and more complex.

“Whereas equality means treating everyone the same, equity acknowledges that equality isn’t always fair because not everyone is coming from the same starting point. Equity is about policies and practices that are just for all. And in today’s charged climate, equity is at the root of many systemic problems we are facing as a global society — from the gender pay gap to voting rights, race relations and accessibility to a quality education, healthcare and even nature. Those are some of the big picture topics the 2019 symposium will address.”

So if equity is not diversity, inclusion, or equality, then what exactly is it? It seems to be about each of us getting what we need to survive or succeed— access to opportunity, networks, resources, and supports— based on where we are and where we want to go.

Dr. Sawyer’s primary focus is political philosophy, which he explores through the lens of political theory/philosophy, critical race theory, literary theory, history and aesthetics, assembling analytical tools that seek to resolve the mystery of subjects in transition.

Which is all of us really.

Since we are all living in the bardo, (Tibetan-speak for “transition.”)

To learn more about Dr. Michael Sawyer and the subject of equity, listen to this podcast.