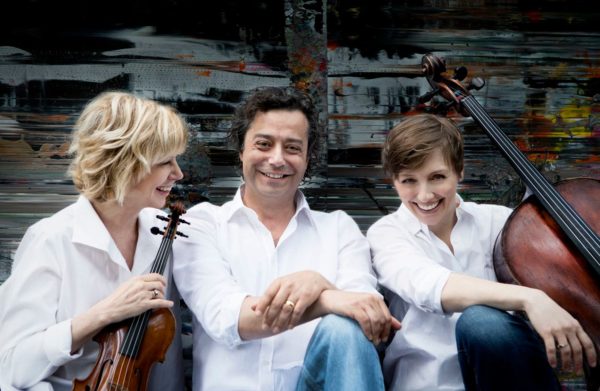 The Trio Solisti is the founding ensemble of the Telluride Musicfest. Violinist Maria Bachmann is artistic director.

Antonin Dvorak, the son of a village innkeeper and butcher and a close friend of Johannes Brahms, is one of the most prominent Czech classical composers of all time, renowned even in his own day for his progressive creativity. In 1893, while working in New York, the composer, who had always been fascinated with his ethnic roots and folk melodies, metabolized the sounds of Native and African Americans and then produced one of the most popular symphonies ever, “From the New World.” Seventy-six years later Commander Neil Armstrong took Dvorak’s New World Symphony to the Moon during the Apollo 11 mission.

Artistic director Maria Bachmann, the Trio Solisti, and friends presents the chamber music of Dvorak, Brahms, Schumann and other greats when Telluride Musicfest (thankfully) returns to town for a 14th season (after a hall pass of four years) to perform three concerts titled “Dvorak and Friends.”

Her parents were forced to flee their homeland in 1956 after the failed revolution and the Red Menace tightened its grip on Hungary. The family came to America with nothing, speaking no English, as was true of many immigrants at the time. Maria’s mom, a nurse, found work immediately. Her dad, a PhD professor of music, initially got by teaching piano. Over the years, Eva and Tibor Bachmann did whatever it took to make a better life for their children in their adopted country.

Grit and sacrifice paid off big time: son Peter became a dean of math and science at a college outside Philadelphia; daughter Maria grew up to become a world-renowned violinist, hailed by The New York Times as a performer “of soul and patrician refinement.”

In these difficult times, Maria’s story is an important reminder of why Immigrants’ Lives Matter.

The 2018-2019 season includes a return to Weill Recital Hall at Carnegie Hall for a three-concert series titled “Masterworks.” The group’s 2015 series at that venue featured the complete piano chamber music of Brahms in performances hailed by The Strad for their “abundant dynamism, exceptional balance and a wholly successful grasp of the interpretive essence.”

As the founding ensemble of Telluride Musicfest, the Trio Solisti proudly marks its 14th year as ensemble-in-residence at Adelphi University in Garden City, New York.

The raves about the ensemble help explain why Musicfest is a no-miss, world-class musical happening in our own backyard. 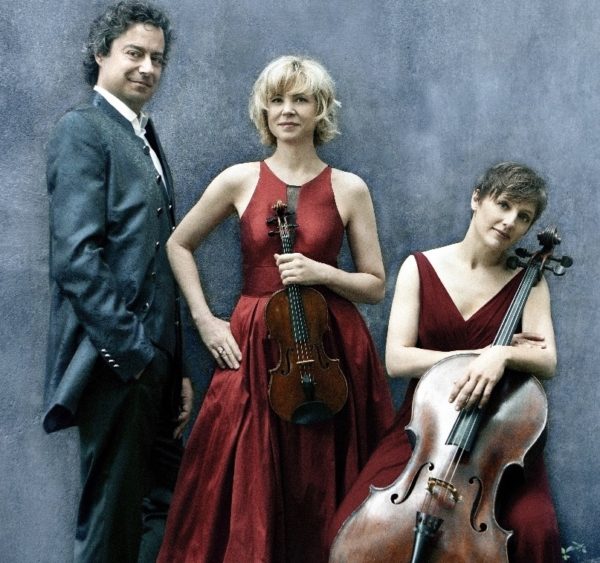 “Sometimes the power of music is in what’s held back more than in what’s shown outwardly. Trio Solisti showed this strength in fine, understated playing,” Washington Post, 1/28/2019.

“Trio Solisti’s playing was big in scope from the very beginning and stayed that way. It was a superb performance of a profoundly beautiful work,” The Boston Musical Intelligencer, 8/28/2017.

“This piano trio [is] probably the finest American group currently on the field,” The New Yorker, 9/22/15.

Also performing at Musicfest is violist Kathryn Lockwood, hailed as a violist of exceptional talents in reviews around the country. The Cleveland Plain Dealer proclaimed, “…Lockwood played the vociferous viola cadenza with mahogany beauty and vivid character.”

Kathryn is the violist of the internationally renowned Lark Quartet and the unique viola and percussion duo, duoJalal. In 2019, she became artistic director of the “Four Seasons@Sands Point” concert series on Long Island.

Kenji Bunch: Lost and Found for Viola and Percussion (2010)