Learn more about the presenters here.

Scroll down to learn more about debut presenter Ashleigh Sergeant and listen to her podcast. 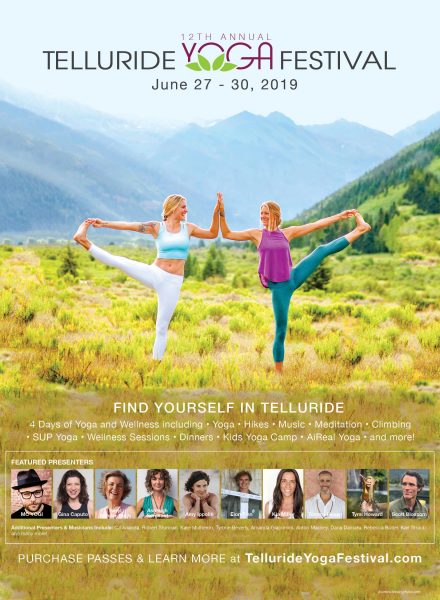 Headlines stressing you out? Life in general?

You could try switching off the Idiot Box and/or stop streaming.

You could start breathing.

Or you could switch on Ashleigh Sergeant. 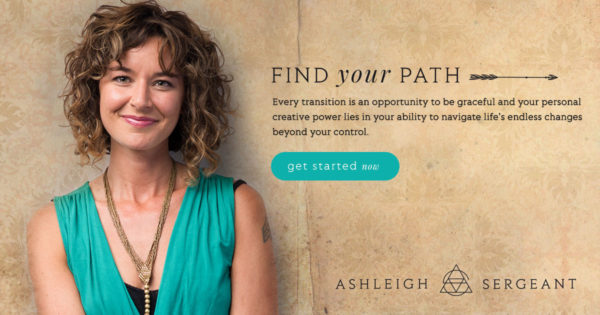 Ashleigh was former Head of Yoga Content for Gaia.com. She also spent five years as the Global Yoga Trainer for Adidas and was honored to be the youngest certified Anusara instructor in the world. Today she is Director of Yoga and Movement for The Envision Festival in Costa Rica and co-founder of The Ālaya Yoga School.

Ashleigh’s yoga videos are featured on Gaia.com, Grokker and ShriTV.  Her work can also be seen on Mind Body Green, YOGANONYMOUS, and Latin Women’s Health.

A regular presenter at the Wanderlust and Lightning in a Bottle Festivals, Ashleigh Sargeant is coming to town for the very first time to teach at the Telluride Yoga Festival – including a class titled “Rewrite Your Stress Response”:

“Learn to rewrite your unconscious response to stress in this therapeutic practice… Through conscious breath work, structured concentration, and practice in moving through perceived danger, (muscular contraction, unconscious tension), we can learn to shift our unnecessary stress responses so we are no longer subject to our feelings of anxiety and unrest. Leave the class with a deep sense of calm and presence.”

According to a study by Yoga Alliance and Yoga Journal, which queried close to 4,000 people, of the close to 40 million people now practicing yoga the US in some form today (up from 20 million in 2013), the draw includes enhanced flexibility, 61%; general fitness, 49%; overall health, 49%; physical fitness, 44%; but a whopping 56% said they practice for stress relief. 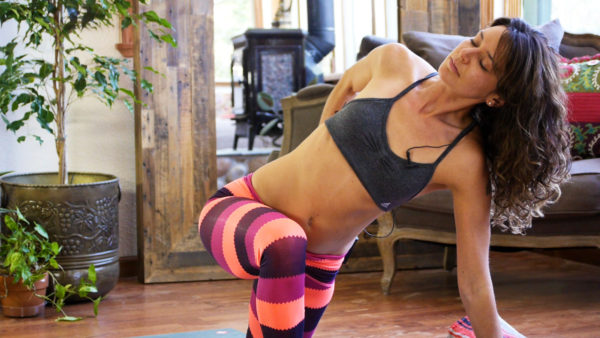 As a student of the great Sally Kempton, Ashleigh is deeply schooled in the mystical and energetic side of the yoga tradition. Those privileged to study with Sally at last year’s Telluride Yoga Festival learned what the sages of Tantra understood centuries ago: when we follow the path of Shakti — the sacred feminine principle personified by the Goddesses of Yoga — the many gifts of a woke life can and will often manifest spontaneously, allowing us to move through the world with far greater skill, deeper delight, and much greater ease.

The theme of stress reduction runs through two of Ashleigh’s class. Her two other classes focus on the ways conscious movement (with the breath) can heal. 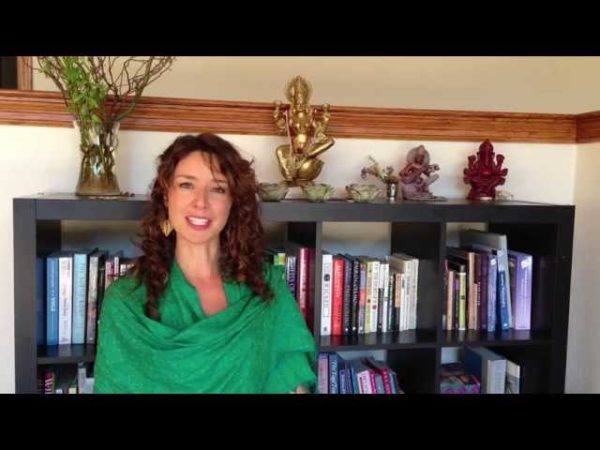 Growing up with a yoga teacher as her mother, Ashleigh began her exploration of yoga at an early age, dedicated to the pursuit of healing a lifelong spine condition. Now, living a pain free and spiritually empowered life, Ashleigh is dedicated to sharing the healing power of yoga with the world.

On the global circuit with Adidas, Ashleigh worked side by side with some of the top performance coaches in the world, expanding her knowledge of how to incorporate yoga into the mainstream world of athletics, health and fitness. Ashleigh’s strong focus on the therapeutic benefits of yoga has made her a sought-after asset in the performance world.

Ashleigh Sargeant has worked with numerous professional athletes and coaches in China, Europe, and the US. She also regularly leads teacher trainings and large-scale classes in Europe, Asia, and South America.