At the Telluride Gallery of Fine Art, paintings inspired by the region’s landscape and the change of seasons are up now.Check out new paintings in oil and pastel by beloved and renowned regional artists from the stable, September 20-October 2. 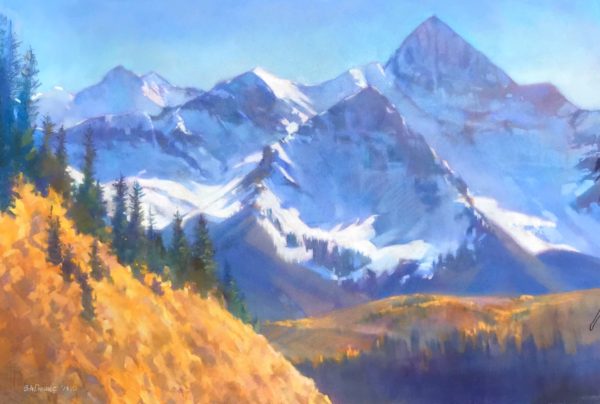 Bruce Gomez, Julee Hutchison, and Gordon Brown are artists who share a love of the natural world. They are also three peas in the same pod, namely, the Telluride Gallery of Fine Art, now owned by Ashley Hayward and Michael Goldberg. However, Gomez was the very first artist the gallery’s original owners, the Thompsons, signed for their stable when they opened for business on Main Street (130 East Colorado) back in 1985.

Over the years, the Telluride Gallery has featured some of the best pastel artists in the world: Albert Handell, Ramon Kelly, Sally Strand, Carole Katchen, Deborah Bays, among them. Gomez’s style, however, is distinctive: He is a realist: what you see is generally what you get – and his signature shimmering surfaces are certainly enough to please the eye. However, squint and Gomez’s lush, layered pastels become a complex tapestry of abstract passages – parts of the sky, sections of mountains and water – with an Abstract Expressionist feel that, in the end, amount to gorgeous studies of color and light.

Entirely self-taught in the medium, Gomez has worked with pastels for about three decades. The creative process for the artist begins with a photograph. Next he plots the principle elements of the composition from photograph to paper, which he treats with sandpaper to create his velour surfaces. Gomez’ subject matter comes primarily from his travels throughout the western U.S., France, Italy, and England. He tends to feature Telluride, but also Moab, the Grand Canyon, Wyoming, Paris, Provence, and Tuscany. 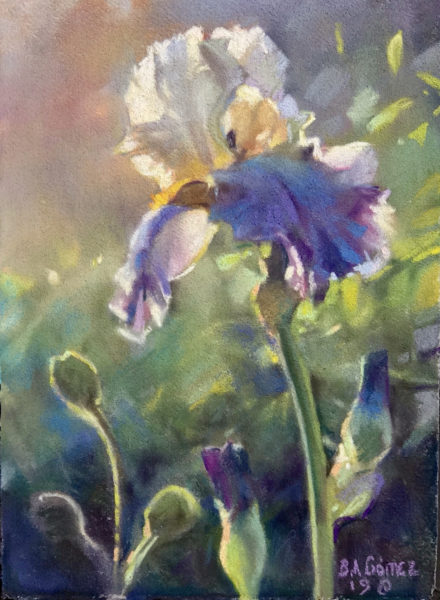 Gomez paints and teaches out of his Denver studio. However, he, like Hutchison, regularly leads classes at Telluride’s Ah Haa School for the Arts,

For Hutchison, the outdoors is a place of spiritual revery. Her paintings, however, do not tremble with religiosity, rather, they speak volumes about the complex nature of art about Nature in a very quiet, but very direct way: some images are playful; others, more introspective. Hudson River master George Inness famously said, “You must suggest to me reality. You can never show me reality.”

Her impressionistic landscapes are postcards from the interior, reflecting not a landscape per se, but her attitude towards a particular landscape. Hutchison’s particular gift lies in an unerring ability to mold her passion for her surroundings into a reflection of private feelings and sensations, at their best – and her new images qualify – a synthesis of direct observation, memory and fantasy. 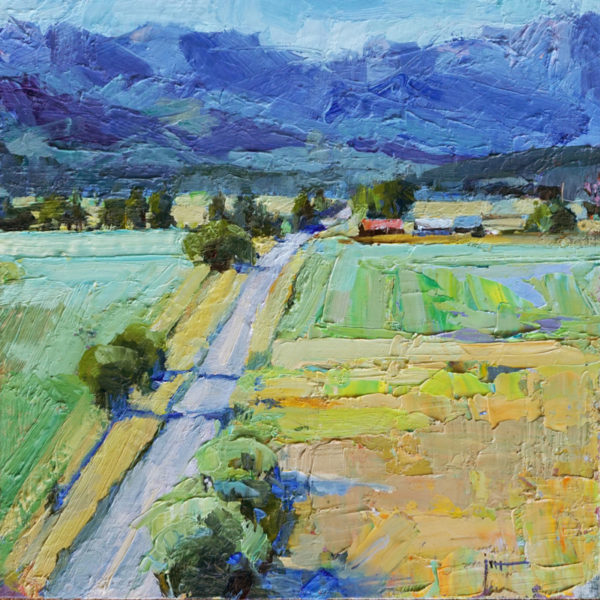 Hutchison is clearly partial to the Telluride area’s sweeping vistas, with valleys leading up to majestic mountains, crowned in sculptural clouds, and flashes of light on long, lonely roads light her fire.

In Hutchison’s world, snow, for example, is an exciting vehicle the artist uses to describe the many shades of white: in shade, white reads lavender, blue and violet. In direct sun, whiteness shimmers in yellows and pinks. Aspen groves provide wonderful excuses to explore the effects of warm and cool light.

“My paintings are all about light and mood,” Colorado native Gordon Brown once explained. The man never tires of the view from his converted barn/studio in Ridgway, a place that allows him to observe firsthand the various moods and palettes of the seasons.

From his earliest years, Brown was rarely found without pencil or paintbrush. Weekend backpacking trips into the Colorado canyons were part of his ritual. The following days would find him assembling his newly found Ute arrowhead collection or painting Indians and their campgrounds.

Teachers and artists strongly encouraged Brown to pursue his artistic talent, not fully realized  though until years later when the artist became mesmerized by the work of Chinese painter Shang Ding, who became his tutor and mentor. In true historical tradition, Brown apprenticed under Professor Ding of the Beijing Central Art Academy, accompanying him as they made their way through the landscape, emulating his every brush stroke in a plein air (painting outdoors, not in a studio) style. 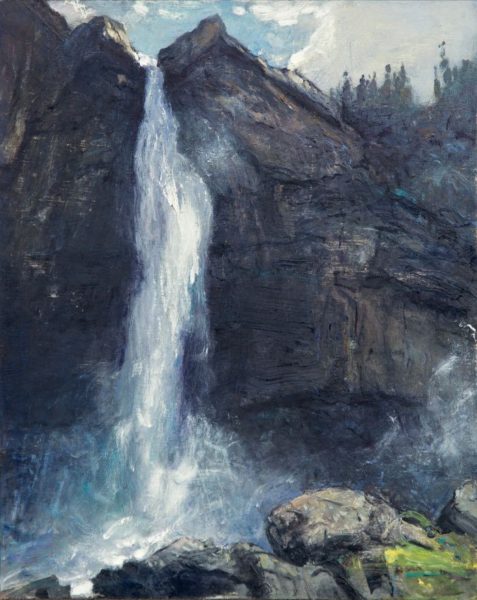 Gordon Brown has been represented by the Telluride Gallery for over 18 years, in Denver Art Museum’s permanent collection and winner of “Arts for the Parks” Grand Canyon National Park’s 75th Anniversary.

Over the years, Brown continues to show his appreciation for the subtleties and drama created by changing light, the through-line of his work, which depicts an idealized, somewhat (or entirely) abstracted, natural world, landscapes, and seascapes, examples of which can be found in the permanent collection of the Denver Art Museum and the Forbes Collection to name just two of the many institutions which have acquired his work.

Add it all up and the work of Brown, Gomez, and Hutchison becomes a tour de force of preternatural color and persistent light, subtle brushstrokes providing an internal architecture while yielding to color, and compositions that hover deliciously between representation and abstraction, object and image.