Things You May Not Know About Mother’s Day!

This story about the backstory of Mother’s Day was written a few years ago by Brian Handwerk and published in National Geographic. Turns out the holiday started out as an antiwar statement, but turf battles over who owned Mother’s Day kept on keeping on.

And Mother’s Day in the Age of Corona? According to a recent survey nearly 65 percent of Americans will practice social distancing on the holiday. Among the respondents, the top three ways they will celebrate Mother’s Day this year are: 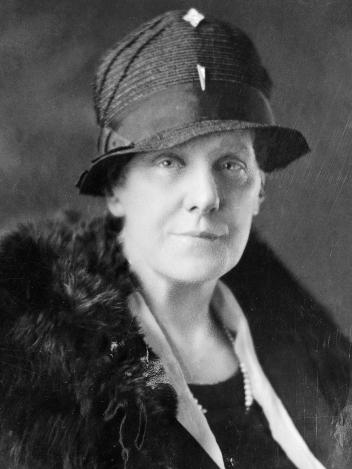 Anna Jarvis, founder of the modern version of Mother’s Day, fought against the the commercialization of the holiday, working to protect it from “the hordes of money schemers.” Image, courtesy Nat Geo and Bettmann Corbis.

But the story of the modern holiday—which is celebrated this Sunday in the United States and many other nations—is rife with controversy, conflict, and consumerism run amok. Some strange-but-true facts you probably don’t know:

Anna Jarvis is most often credited with founding Mother’s Day in the United States.

Designated as the second Sunday in May by President Woodrow Wilson in 1914, aspects of that holiday have since spread overseas, sometimes mingling with local traditions. Jarvis took great pains to acquire and defend her role as “Mother of Mother’s Day,” and to focus the day on children celebrating their mothers. (Read more about Mother’s Day’s early years.)

But others had the idea first, and with different agendas.

Julia Ward Howe, better known for writing “The Battle Hymn of the Republic,” promoted a Mothers’ Peace Day beginning in 1872. For Howe and other antiwar activists, including Anna Jarvis’s mother, Mother’s Day was a way to promote global unity after the horrors of the American Civil War and Europe’s Franco-Prussian War.

“Howe called for women to gather once a year in parlors, churches, or social halls, to listen to sermons, present essays, sing hymns or pray if they wished—all in the name of promoting peace,” said Katharine Antolini, an historian at West Virginia Wesleyan College and author of Memorializing Motherhood: Anna Jarvis and the Struggle for Control of Mother’s Day.

These early Mother’s Day movements became popular only among peace activist groups and faded when other promoters took center stage.

2. A former football coach promoted an early version of Mother’s Day—and was accused of “kidnapping” the holiday.

Frank Hering, a former football coach and faculty member at University of Notre Dame, also proposed the idea of a Mother’s Day before Anna Jarvis. In 1904 Hering urged an Indianapolis gathering of the Fraternal Order of Eagles to support “setting aside of one day in the year as a nationwide memorial to the memory of Mothers and motherhood.” (See pictures of animal mothers and their babies.)

Hering didn’t suggest a specific day or month for the observance, though he did note a preference for Mother’s Day falling on a Sunday. Local “aeries” of the Fraternal Order of Eagles took up Hering’s challenge. Today the organization still bills Hering and the Eagles as the “true founders of Mother’s Day.”

Anna Jarvis did not like the thought of Mother’s Day having a “father” in Hering. She blasted him in an undated 1920s statement entitled “Kidnapping Mother’s Day: Will You Be an Accomplice?”

“Do me the justice of refraining from furthering the selfish interests of this claimant,” Jarvis wrote, “who is making a desperate effort to snatch from me the rightful title of originator and founder of Mother’s Day, established by me after decades of untold labor, time, and expense.”

Antolini says that Jarvis, who never had children, was acting partly out of ego: “Everything she signed was Anna Jarvis, Founder of Mother’s Day. It was who she was.

3. FDR designed a Mother’s Day stamp. Or at least he tried…