Click on this link to read first-hand accounts of how Mountainfilm helps to create a better world. (Then click on full screen and the + sign to enlarge.) The full story is on Telluride Properties’ award-winning Truly Telluride magazine.

Scroll down for a preview of what’s in store. Bottom line: Festival director Suzan Beraza, Executive Director Sage Martin and their team knocked it out of the park, despite the Herculean task of repackaging an in-person Memorial Weekend and transforming that into a 10-day, virtual happening. En route, Mountainfilm never strayed from its path to help create a better world. 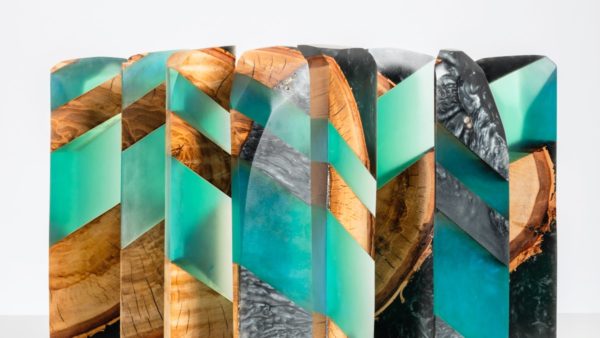 Just when it appears that darkness is where the future used to be Mountainfilm 2020 (but really, every year) managed to insert quite a few parentheses, reasons to be hopeful.

Reasons to drop cultural clichés around the red and blue divide for example,

Take a documentary like George and Beth Gage’s “A Home Called Nebraska,” described by Mountainfilm as “a heartwarming spotlight on the antidote to racist nationalism.”

The story follows a community of people in Lincoln, Nebraska, who work tirelessly, empathically “to dispel fear, build bridges and give an old-fashioned Midwestern welcome”  – to its mostly Muslim newcomers. Easily one of the best films the Gage’s have ever made and a full-throated response to what is possible when people look each other in the eyes rather than through the lens of social media.

Then there was the short feature “The United States of Joy,” one of the most uplifting stories we have ever seen at the Festival since our initiation in 1991. Like “Nebraska,” “Joy’s” leitmotif is coming together – in this case, “dirtbag climbers” with traditional ranchers, miners and power-plant workers, the latter descendants of the Mormons who originally settled Emery, Utah. All that was needed to bridge the gap was for someone to crack open the door. Soon climbers were riding bulls and locals were doing their darndest to master the region’s landscape of boulders. In the end, the town of Emery became a bouldering capital. Watch for the doc’s release. It is, well, pure joy.

Ok, it was not all purple at Mountainfilm. The divide still yawned. But we found hope in “US Kids,” which won Best Documentary Feature,” (see below on this year’s winners), and follows the Parkland kids who went from trauma to political activism following the shooting of their peers at the Marjory Stoneman Douglas High School. In this David (the kids) v. Goliath (The Man), tale these young people (and their peers who followed) wind up influencing the 2018 election. (Here’s hoping they show up again in force in 2020.)

The subtext of the “Picture of His Life” was PTSD and how two men, a son and his father, handled the impact of war on their lives. On the face of it, not an uplifting scenario. That said, the world-renowned underwater photographer Amos Nachoum (the son), who has swum with crocodiles, killer whales, anacondas and great white sharks, gets to realize his dream to swim underwater with a polar bear – people are on their menu – and capture the encounter face-to-face on film. In so doing, the man overcomes his past, “finding redemption and peace,” (per Mountainfilm). The cinematography of Emmy Award-winning Adam Ravetch is stunning. In all a gorgeous, tight, moving film, not to be missed.

Another story about beating the odds (or glass half full), was the totally engrossing “Climbing Blind.” The taut, beautifully shot doc tells the inspiring story of Jesse Dufton, diagnosed at childhood with a rare genetic disease that broke down his retinas’ cells at the age of 4. As an adult, having to rely solely on mental and physical strength. Dufton continued to climb really gnarly rocks – today with the help of his sight guide and fiancee, Molly. The doc is a clarion call to rethink our challenges. Especially in the Age of Corona.

Whenever we have gotten to listen to Wade Davis over the years wax rhapsodic on any subject, we are enthralled. His interview with Festival Director Suzan Beraza about culture and Colombia (his second home) following the doc in which he is featured, “The Path of the Anaconda,” was another singular, perspective-shifting Mountainfilm moment. (Wade weighs in big time in the Truly Telluride feature.)

Then we got to listen to a magical conversation between National Geographic Explorer and scientist Roman Dial and Rebecca Martin, founding director of National Geographic’s Expeditions Council and founder and president of Exploration Connections, also a Mountainfilm board member and longtime supporter.

Dial’s son, also Roman, dropped off the map in an untracked rainforest along Costa Rica’s remote Pacific Coast, “a parent’s worst nightmare.” Dial explores the experience in his memoir, “The Adventurer’s Son.” Not a happy subject, but handled by Martin and Dial with graceful candor we come to realize that all is not necessarily lost – even when the facts appear otherwise. Martin’s views on Mountainfilm are also featured in the Truly Telluride story.

The list goes on, including “Second Sight,” which follows a woman and her family on their journey to an ophthalmology clinic where traveling surgeons restore sight – and hope. A different doctor and old friend of Mountainfilm,  Geoff Tabin, is world-renowned for his pioneering cataract work. He too is featured in Truly Telluride.

Yes, of course, this year as every year, Mountainfilm shined a harsh light on major societal challenges, domestic and international. (Is there a difference anymore?). Other outstanding docs focused on issues of racial and gender discrimination, climate change, dark money, the growing maw between haves and have-nots.

Regardless of the slant on content, if you follow this link (as above), you will better understand how the sum of the parts never fails to add up to the many ways Mountainfilm helps to build a better world.

Mountainfilm, A Year of Firsts, (by Evie Carrick):

It was a year of firsts for Mountainfilm: the first online dance party, the first not-so-social ice cream social and the first time festival-goers, filmmakers and staff were asked to forgo a 42-year-old tradition and adapt. The result was proof positive that the indomitable spirit of the Mountainfilm family is alive and well.

“Even though it was a scary undertaking at times, we were scrappy and came up with the best solution we could in the six or seven weeks we had to prepare. In the beginning, we had no platform, no idea how to build one and we couldn’t help but wonder: If we build it, will they come?” explained Festival Director Suzan Beraza.

It turns out, over 9,500 attendees — the highest number in Mountainfilm history — tuned in to watch over 130 selected films and almost 20 presentations and live events. And certain films rose to the top, capturing the hearts and imaginations of audiences.

Viewers cast their vote for 2020 Audience Choice Award-winner “Public Trust,” a film that sheds light on something that impacts every American — the threat to our public lands by extractive industries. The Best Documentary Feature Award went to “Us Kids, “a tale of transformation as high-schoolers at Marjory Stoneman Douglas evolve into political activists.

“This film was by far the best of the show,” said a Best Documentary Feature jury member. “It took me on an emotional ride with those incredible kids. It had a strong point of view and ended with a grounded version of what hope looks like.”

The Women in Film Award — a new addition graciously funded by Riccarda de Eccher and Bill Goldston — was given to “Welcome Strangers,” a Colorado project and Mountainfilm Commitment Grant Winner highlighting the work of Casa de Paz, a temporary home in Denver for families separated by immigrant detention.

The Moving Mountains Award, which supports a filmmaker and the film’s associated nonprofit, went to the heavy hitter, “Mossville: When Great Trees Fall” and the organization, Louisiana Bucket Brigade. The emotionally driven film gave voice to one man’s struggle against an international petrochemical company set on pushing him out of his ancestral home by any means necessary.

The selection of 2020 films was enhanced by presentations from filmmakers like James Cameron, mountaineers like Arlene Blum and environmentalists like Paul Watson and 2020 Guest Director Louie Psihoyos.

“We were honored by everyone who took the time to share their work and their stories. While it was sad we couldn’t be together in person, which is really what Mountainfilm is all about, we were happy that because of this twist in the road, we became more accessible and reached new audiences,” said Beraza.