Fourth Of July In Telluride: Overview Then - Not Now In The Age Of Corona! 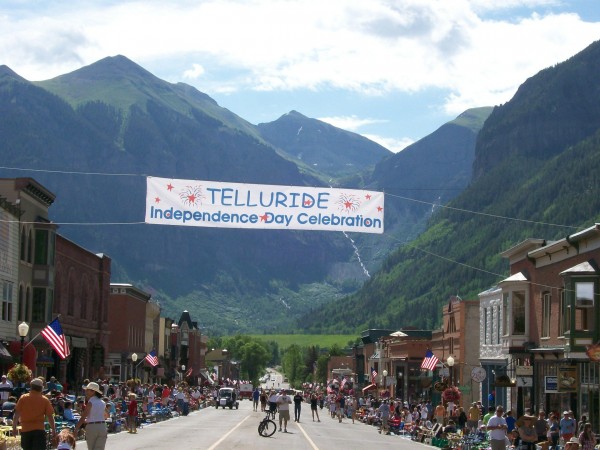 The original resolution calling for the Continental Congress to declare the United States free from British rule was introduced by Richard Henry Lee of Virginia on June 7, 1776. Three days later, a committee headed by Thomas Jefferson was appointed to prepare a document appropriate to the cause.

The Declaration of Independence was adopted by Congress on July 4, although the resolution that led to its writing had been approved two days earlier, prompting President James Adams to say:

“The second day of July 1776 will be the most memorable epoch in the history of America. I am apt to believe that it will be celebrated by succeeding generations as the great anniversary festival. It ought to be commemorated as the Day of Deliverance by solemn acts of devotion to God Almighty. It ought to be solemnized with pomp and parade, with shows, games, sports, fun, bells, bonfires and illumination from one end of this continent to the other from this time forward forever more.” (From “John Adams” by David McCullough.)

Apart from slipping two days on the calendar to July 4, a ho-hum day back in Adams’ time, his vision became tradition: the Fourth of July became a big birthday party our nation throws for itself. 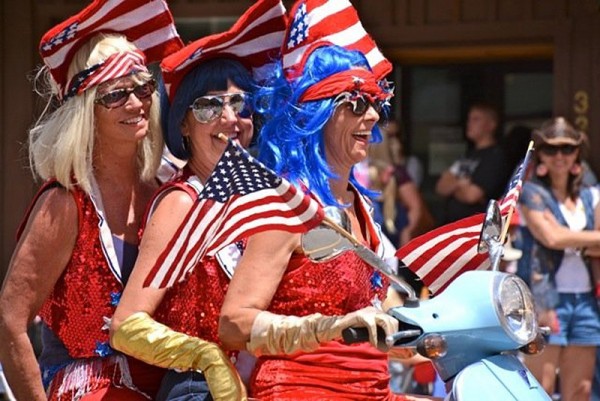 In Telluride that tradition, which began in the 1880s, had gotten out of control some time in the early 1970s: Town cancelled the Fourth of July party until further notice.

When the holiday was reinstated on the summer calendar a year or two later, the main event was a BBQ and fireworks sponsored by the Fire Department.

In late-1980s thanks to the efforts of Joyce Allred and Shari Flatt, the parade returned to its past glory. Almost everyone in town participates.

“If it weren’t for the tourists, there may be no spectators at all,” quipped Joyce.

On the Fourth of July, people tend to put red state/blue state issues aside and, per F. Scott Fitzgerald, “stand at moral attention,” saluting the Stars and Stripes as one nation. On that day, we honor the young men and women who put on uniforms, boarded trains and planes and promised their families they would return, knowing full well they might not be back at all.

“July Fourth is one of the most important holidays of the year for me and the reason I first came to town on July 3, 1973,” said former emcee Chip Lenihan for Telluride’s Fourth of July parade. “Years ago in a draft lottery, I was lucky to draw a ping-pong ball with the number ‘315’ printed on its face. Like many lucky lottery boys, I never went to war. Instead, I grew my hair long and became a protester, while friends were dying in Nam. Others who returned were never the same. A lucky few grew up to be great men.”

Chip continued back when with a reference to Winston Churchill.

“Winston Churchill once said: ‘If you are not a liberal when you are 20, you don’t have a heart. If you are not a conservative when you are 50, you don’t have a brain.’ Hopefully as we age, we gain wisdom, not just experience. Over the years, I have come to realize the nature of the sacrifice others had made so I could enjoy all this country has to offer. Nowadays, I hold the core principles America was founded on much closer to my heart. First and foremost for me is the freedom to determine my own destiny, experience my own life authentically.” 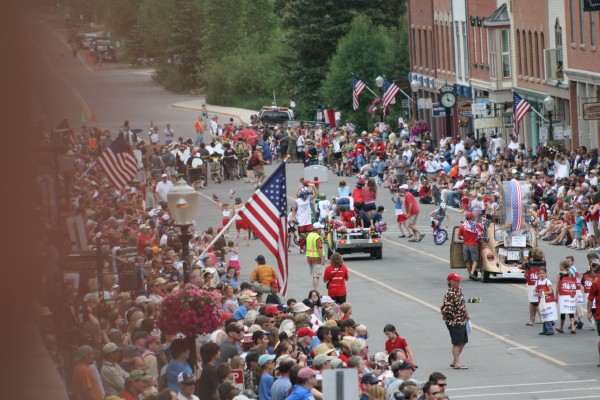 (Thanks to the Telluride Fire Department, spectacular fireworks generally punctuate the day-long celebration. But due to the dryness and associated high risk of fire, not this year.)

Here’s to what was – and will be again. Some day? Please. 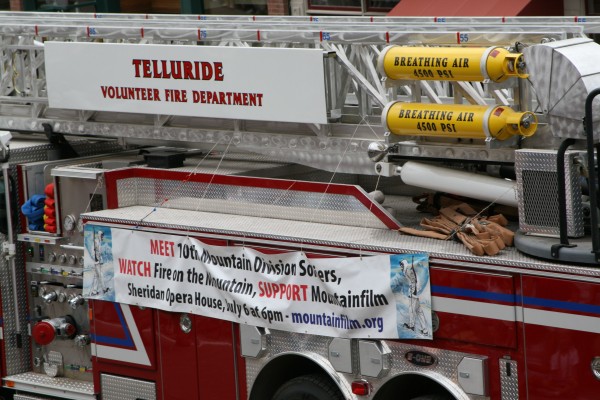