Sign up here to ensure your seat to a talk on Thursday, October 22, 12:30 p.m., outdoors at Telluride’s Wilkinson Public Library. The event features Betsy Gaines Quammen on “American Zion: Cliven Bundy, God and Public Lands in the West.”

Then try to find “No Man’s Land,” a film by former Telluride local David Byars about the armed 2016 occupation of the Malheur National Wildlife Refuge that sparked international headlines and headlined at Mountainfilm in 2017. The Bundy family was a the heart of that incendiary matter too. 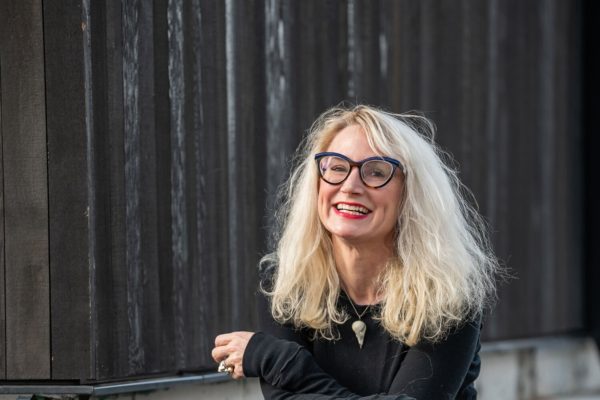 As we approach the upcoming election, tension ever-increasing, a great deal of attention is being paid to the Proud Boys, a white supremacist militia movement, also QAnon, the most famously febrile of right-wing conspiracy theories.

But there is another combination of force and belief, less recognized, that is driving recruitment and preparedness for post-election upheaval: a group called People’s Rights and a version of Mormon theology, at its most literalistic and extreme.

The group was created by Ammon Bundy.

On Wednesday, October 22nd at 12:30 pm, on the terrace of Telluride’s Wilkinson Public Library, Betsy Gaines Quammen, the author of “American Zion: Cliven Bundy, God and Public Lands in the West,” will talk about Ammon Bundy’s most recent efforts and the religious beliefs that inform them.

Launched in July, initially to fight COVID-related mandates, People’s Rights already has over 26,000 followers, with 340 new members joining every day. A change in leadership, or not, is around the corner.

What can we expect from groups like People’s Rights and other militia groups agitating to fight what they see is an illegitimate government, regardless of who is in power?

Betsy Gaines Quammen is a historian and conservationist. She received a doctorate in Environmental History from Montana State University in 2017, her dissertation focusing on Mormon settlement and public land conflicts.

Betsey has studied various religious traditions over the years, with particular attention to how cultures view landscape and wildlife. The rural American West, pastoral communities of northern Mongolia, and the grasslands of East Africa have been her main areas of interest.

After college in Colorado, caretaking for a bed and breakfast in Mosier, Oregon, and serving breakfasts at a cafe in Kanab, Utah, Betsy settled in Bozeman, Montana, where she now lives with her husband, writer David Quammen, three huge dogs, an overweight cat, and a pretty big python named Boots.