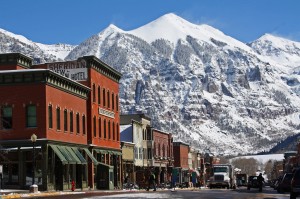 Town of Telluride in winter

The Telluride Region, in a League of its Own:

Atop the 14ers, vistas that make a heart do a gig. The soaring alpine peaks and meadows that play footsie with the red-rock canyons are also breathtaking.

Powder stashes after the frequent dumps – over 300 inches of snow falls on the 2000+ skiable acres each year – cause some locals to go crazy and bare teeth like pikas when a stranger threatens to invade an untracked run.

Fine dining to western steakhouses and pub food, Telluride has it all. (Even high up in the mountains.) And the cultural calendar is equally robust: winter concerts, comedy, drama, and dance and chockablock summer festivals. Sophisticated shops, full-service spas, historic buildings, and boutique hotels round out the picture.

All of that makes the heart open like a steamed clam, but even in the aggregate, those assets don’t quite sum up what gives this place its unique edge.

Once a sleepy and remote mining town populated by locals who had lived in the region for generations, Telluride made its way reluctantly into the mainstream, somehow still managing to hold on to a certain something that sets the destination apart. Walk through town or Mountain Village’s and you will feel it. While there’s little air way up here, there’s a vibe few other places on the planet put out.

You are no longer a student of cool. You’ve arrived.

You are in Shangri-La, happily cut off from the outside world.

But still at an address with all the amenities. 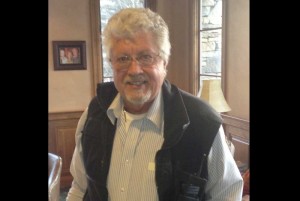 Under Chuck Horning’s tenure – he took over the Telluride Ski Resort in 2004 – the ski area moved up in the rankings to Top Ten lists across the industry (Ski, Powder, etc.), with Conde Nast Traveler placing the resort in the #1 slot in the U. S. and Canada two years in a row.

And more fun to come.

Turns out Shangri-La is a work in process.

To improve on success, just before the new year, Horning hired a new dream team.

Greg Pack joined Telluride Ski & Golf team as President and General Manager. Pack, a Colorado native, has spent the last 6 years of his career as the President/GM of Moonlight Basin Resort in Montana. His primary responsibilities are to oversee operations and planning of ski, lodging, culinary service, marketing, guest services, spa and golf operations. 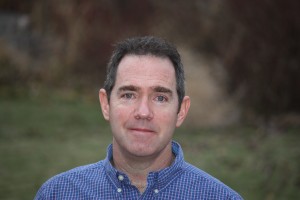 Robert Stenhammer is the new Vice President of Hospitality for Telluride Ski & Golf. During his nearly 20 years of extensive resort hospitality experience, Stenhammer has overseen the management of over 3,000 vacation rental properties, 40 homeowner associations, hotels, retail outlets, food and beverage, real estate and resort operations. He relocated from Hilton Head Island, South Carolina, where he served as a Director of the Hilton Head Chamber and Tourism Office Board and Chairman of the Town’s Accommodation Tax Committee.

Scott Clements is on board as the Director of Ski Patrol and Risk Management from Durango, where he held that same title since 2003 at Durango Mountain Resort. Clements started his career with the Forest Service and transitioned into the ski industry 28 years ago as a Ski Patroller. He has been a Ski Patrol Director for 20 years.

What plans does the new management have up their fluffy down sleeves? What are their goals and objectives, short term and long?

Stay tuned. A little perspective is in order first.

The Making of a Resort & Telski: 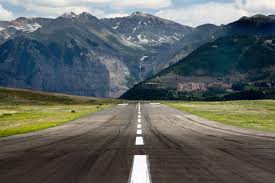 In the early 1970s, Telluride was just beginning to pulse thanks to a chap from Beverly Hills named Joe Zoline, who, in 1968, began to assemble the land he needed to build his resort, including the Gorrono and Adams Ranches. Still, half of Main Street was boarded up and people were high-tailing it out of town muttering darkly about the closing of the Idarado Mines. The historic Sheridan Opera House was a camping ground for derelicts with broken glass and dusty mattresses everywhere. Undaunted, Zoline enlisted the expertise of former French world champion skier Emile Allais and the Swiss firm Simonius-Vischer to help him realize his dream.

Just in time for Christmas, Telluride opened its first runs on December 22, 1972. The Coonskin Lift debuted in 1975, the first lift on the north side of the mountain, connecting the original ski area with the Town of Telluride.

In an effort to attract destination guests, the partners developed Bachman Village, creating short-term beds in town. They also invested $4 million in the design and construction of the Telluride Regional Airport, which opened commercially in 1985.

Growth on the mountain continued in the mid-1980s and included the addition of a high-speed quad to replace Life 4, two lifts on the Town of Telluride side, and a surface lift to the race hill. Gorrono Ranch became the first on-mountain watering hole. 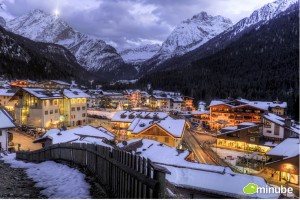 The addition of an 18-hole golf course in Mountain Village in 1992 transformed the ski area into the Telluride Ski & Golf Company or Telski.

Telski opened the gondola in 1996, the only one of its kind in North America and an environmentally friendly means of carrying passengers between the Town of Telluride and Mountain Village in just 12 minutes.

Early on, Allred and Wells determined to develop their original property – 3.5 square miles of land on what was once sheep ranches –  based on the look and feel of ski resorts in the Alps, iconic places such as Zermatt, Megeve, and Chamonix. Like them, Mountain Village would have a pedestrian-friendly core, its business center, surrounded by a network of winter and summer trails, walking paths, and single-family estates tucked into the landscape. Telluride’s sister town was officially founded in 1987.

New management invested in further improvements in beginner, intermediate and advanced terrain expansion, including Prospect Bowl, 2002, adding 733 acres of all levels terrains and nearly doubling the size of the resort. Today, under the Horning’s leadership, the ALL CAPS on-mountain experience includes 2,000+ acres (810+ hectares) of skiable terrain offering something for everyone, from beginners to experts, including sexy hike-to experiences such as the Gold Hill chutes, Black Iron Bowl, and Palmyra Peak.

With regard to the restaurant scene “uptown,” the approach was to borrow a leaf Zermatt’s playbook in particular and focus on a greater number of smaller venues for dining. 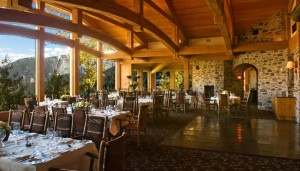 Allred’s is Telski’s flagship eatery, located at the top of San Sophia Station at over 10,551 feet. The spectacular views – downtown Telluride looks like a sparkling postage stamp from its windows –  is only surpassed by the American cuisine and one of the great wine lists in the State of Colorado. Allred’s bar also hosts one of Telluride’s finest après skis with tasty Happy Hour specials and hand-crafted cocktail menu.

Mountain Village’s most popular restaurant and bar was fully remodeled and renamed from Skier’s Union and then Hop Garden to TomBoy Tavern. The place sports craft and international beers and high-quality “comfort” food.

Bon Vivant offers a dining experience unique in North America. Start with the fact it’s easy to get drunk at Bon Vivant – on the views. Located at the top of the Polar Queen Express (Lift 5), tables line up with the base of Gold Hill. Palmyra Peak, in the near background, also commands attention. The menu is classic French country.

Sitting at just under 12000 feet near the top of “See Forever” ski run and Lift 14 Gold Hill Express, Alpino Vino is North America’s highest-restaurant experience, offering amazing views from its expansive heated deck. On the menu: handmade pasta dishes, sandwiches, antipasti, and traditional Alpine dishes and thanks to Telski’s full-time sommelier (Andrew Shaffner) complimented by some of the finest wines in the world. In the evening, Alpino Vino transitions into a unique adventure. Twenty- six lucky guests get to ride the gondola to San Sophia Station. They are then chauffeured via an enclosed, heated snow coach to a private dining experience like no other, including a five-course dinner of authentic northern Italian fare. 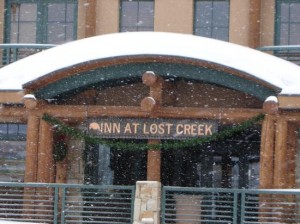 Last May, Telski bought the Inn at Lost Creek, then partnered with Jeff Badger of the popular Siam Restaurant in Telluride to bring Thai food at Siam’s Talay Grille to Mountain Village in the space that housed the restaurant formerly known as “9545.” Gone now is bright minimalism of the old eatery; in its place, an elegant room with a Zen vibe. In fact Badger  planned every detail to encourage an full-throated exhale: sueded walls accented with river rocks and stone rich wooden floors (like the floors of a Thai temple), Asian antiques and soft lighting to set a mood of sensual ease. While the food is fab at both Siams, the downtown restaurant is edgy and scene-y, while the vibe uptown is sensuous and sophisticated.

(For a full list of on-mountain dining options, go to http://tellurideskiresort.com/TellSki/info/on-mountain-dining.aspx.)

Overall the destination offers over 50 restaurants, bars and coffee shops, uptown in Mountain Village (on and off mountain) and downtown in Telluride. More than ever, guests are skiing and riding to eat, rather than eating to get tracks.

If you jones for brand name designer boutiques and gravitate towards Rodeo Drive or Madison Avenue, you might want to take your business elsewhere. The Telluride region in general has a laid back, come-to-the-neighborhood feel. The Prada brigade tends to go elsewhere. High-end brand name designer shops aside, as with the skiing, Telski’s mission was to ensure the fact there is something in store for everyone in Mountain Village, from trendy women’s apparel (Swanky Buckle) to specialty fashion accessories (Swiss and fashion watch brands, sunglasses and more at Mountain Standard Time) to locally made products (Telluride Naturals, featuring Telluride Vodka). A new spa, Alpenglow Beauty, sells fine cosmetics and offers skin, body, hair and nail care.

(Alpenglow joins two other spa in Mountain Village: The Spa at Hotel Madeline  and The Spa at The Peaks, a 42,000-square-foot facility, the largest in Colorado.) 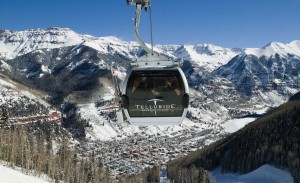 For a complete list of retail outlets, go www.visittelluride.com/community-directory/business-directory/154

One of the truly unique things about Telluride is the ease of getting around. The aforementioned trademark free gondola eliminates the need to use wheels for travel between downtown and Mountain Village.

Telski, Lean and Green, What Next?:

All of the activities at the destination – skiing, riding, summer sports, dining, retail, concerts, festivals – take place in a verdant setting that is also green. Telski in proud to wave its sustainable flag on high. In fact, Telluride  is one of only seven resorts in the country to have joined the National Ski Areas Association’s sustainability initiatives, including reducing power and fuel consumption through best practices. The ski area has set goals for reduction and plans to implement them all and continually measure results.

What more is in store for the destination?

Click the “play” button and listen to my interview with Greg Pack to learn more about his background, his initial impressions, his plans.